Palelei Brings in a Big Gun to Prep for Bigfoot 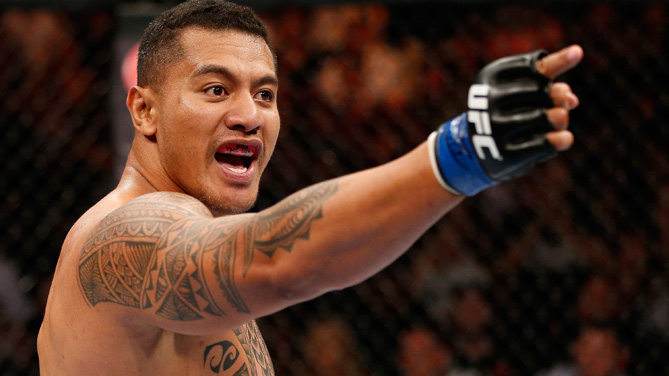 When heavyweight Soa Palelei enters Rio De Janeiro’s HSBC Arena this Saturday to fight Antonio “Bigfoot” Silva, it will be both the biggest test and opportunity of his career.

And with so much on the line, he has had help from a uniquely qualified fighter in preparation for his fight on the main card of UFC 190: Rousey vs Correia. Mark “Super Samoan” Hunt has been part of Palelei’s training camp in the tropical humidity of the American Kickboxing Academy’s (AKA) Thailand facility, and if you recall, in November 2013, Hunt spent five rounds in the Octagon with “Bigfoot” in a back and forth brawl that ended in a draw. It was perhaps the most exciting heavyweight fight in UFC history.

Hunt and Palelei are different fighters stylistically, so not everything Hunt learned about Silva will be useful for the “The Hulk.”  But Palelei (22-4 in MMA) hints that he’ll be reading from page one of the Hunt playbook: hit the other guy until he falls down.

“(My game plan is) Mark Hunt’s one of the most devastating hard punchers in MMA. So I think I’ll let you figure that one out.”

If you follow Palelei on his Twitter or Facebook account you’ll know he’s big on motivational quotes and spreading positivity.  But there’s one quote that best sums up the outlook of the fighter from Perth, Australia.

“One quote I always stand by, in three words I can sum up everything I’ve learned about life: it goes on. And it goes on. So when anything happens in life, any ups and downs, it goes on. You’ve gotta keep rolling with the punches, so you just keep pushing and keep rolling. That’s all you’ve gotta do.” 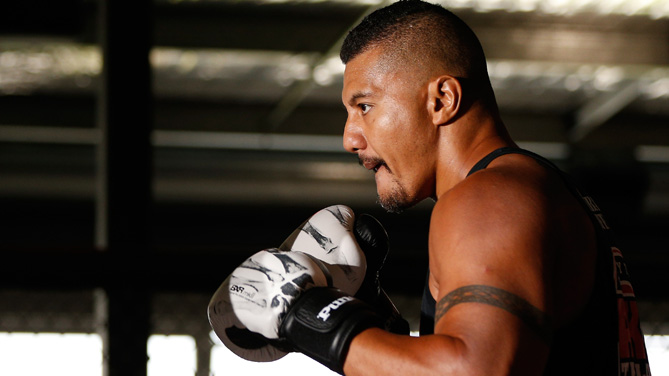 It’s a philosophy that has served him well throughout the ups and downs of his nearly 13-year fight career.  It’s been a long road for Palelei, who won his most recent UFC fight against Walt Harris by second round TKO.  Cut from the UFC in 2007 after just one fight, Palelei strung together wins in smaller promotions and launched a social media blitz to claw his way back to the UFC’s Octagon.

Brazilian jiu-jitsu black belt Palelei’s return to the UFC in 2013 began impressively, as he finished three opponents in a row with his brutal brand of ground-and-pound. But a one-sided decision loss to Jared Rosholt ended an 11-fight win streak.  Palelei, however, is stoic about setbacks.

“Losing happens to everyone in the game. You just don’t know what’s going to happen. That’s the game, you either bring it or you don’t and everyone loses, and everyone that is fighting in the UFC is there for a reason. They’ve been handpicked and they’re fighting in the biggest organization in the world.”

Silva (18-7-1 in MMA) will be looking to rebound from a career slump of his own, having lost his last two fights.  Silva has his back to the wall, and Palelei believes that will make his opponent more dangerous.

“I think that Bigfoot is a strong opponent, and he’s a guy not to be underestimated. Whether he’s lost his last two fights, don’t underestimate a guy that needs to win. So I know he’s going to be coming into this fight ready to rock ‘n’ roll so I’m looking forward to it and I can’t wait.”

Australian fighters are divided on whether it’s possible to have a world-class training camp down under.  Palelei is firmly on one side of that debate, and that’s why he spends weeks away from his home and family at AKA Thailand to get ready for fights. 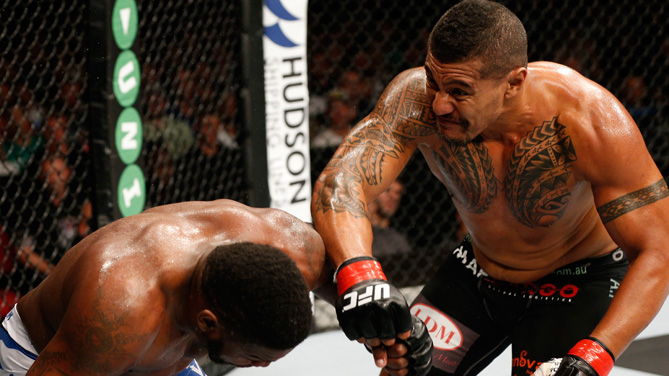 The 38-year-old Palelei isn’t focused on the advantages or disadvantages he may have on paper against his opponent.  Nevertheless, Palelei respects the achievements of Bigfoot, who has knockout power and a black belt in Brazilian jiu-jitsu.

And true to his unflappable outlook, Palelei isn’t worried by the prospect of fighting the hometown favorite in front of a partisan Brazilian crowd.