Page back where he belongs in the UFC

With the nickname “The Angel of Death,” Damacio Page was never going to engage in a three-round lay-and-pray session. It’s not how he’s built. 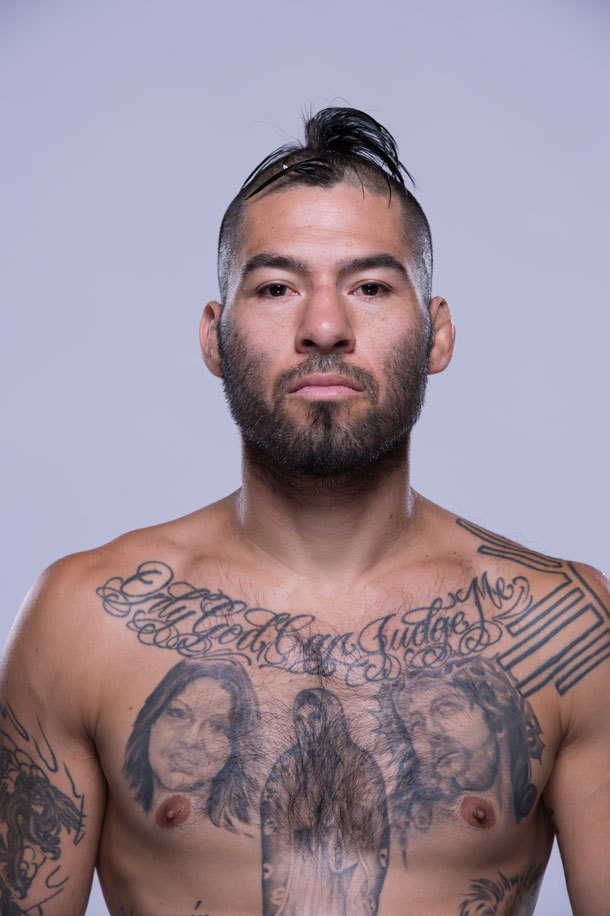 Yet while the fans loved him when he was fighting with pure aggression, it also meant a feast or famine result back in his days with the WEC and UFC from 2008 to 2012. When he was on, as in wins over Scott Jorgensen, Marcos Galvao and Will Campuzano, life was good. When he dropped all three of his UFC bouts, it wasn’t.

“In 2012, I was still pretty much one dimensional,” he admits. “It’s not that I didn’t have other weapons or tools. I just fought a certain way. I had a lot of stuff going in my life at the time too, so I really wasn’t thinking about what I was doing; I was just fighting. And it was more off emotion instead of intelligence.”

Four years later, Page is getting another shot through season 24 of The Ultimate Fighter. Of course, the pull for all 16 competitors is that the winner of the tournament gets a shot at Demetrious Johnson’s UFC flyweight title. But for the 33-year-old Page, it’s even more than that.

“I know I’ve always belonged in the UFC,” he said. “I’ve always belonged fighting with the best in the world, and it’s showed. I got let go from the UFC and I went on a tear. So it shows that I belong in the big show. There’s nothing really outside the UFC that’s there for me, so I know that this is where I’m supposed to be.”

Since his 2012 loss to Alex Caceres, the Albuquerque native has (pardon the pun) turned the page. 4-2 on the local circuit, the former bantamweight is now making noise at 125 pounds. And while he’s still aggressive and still looking for the finish, he’s made the right adjustments outside fight night to give his career a second shot.

“As I’m getting older, I am training a lot smarter,” Page said. “I’m not going live as much, but I’m drilling more, doing more strength and conditioning, more running. There’s more precision in everything I’m doing.”

Call it a more refined “Angel of Death,” one that will oddly enough be the “new guy” to a lot of fans who weren’t following the sport when Page was gracing the Octagon or the WEC’s blue cage. That’s a trip for the exciting veteran, who will likely be adding plenty of fans once they do see him compete on TUF 24.

“I love it,” he said. “There are bunch of young fans that are new to the sport and they don’t know anything about me. They’ll see that I either go out on my shield or I’m taking someone out. I don’t play it safe – I’m here to win, and I think my fight style is a treat for the fans.”