Ovince Saint Preux has been in this position before – hit with a late change in opponents after the heavy lifting of training camp has already been completed. That’s how he came to face Mauricio “Shogun” Rua the first time around and now, it’s the scenario that has left him facing returning veteran Yushin Okami instead of the Brazilian legend this Friday in Saitama, Japan.

In that initial encounter, it was Saint Preux who acted as the fill-in, stepping up in place of Jimi Manuwa and venturing to Uberlandia, where he would score arguably the biggest win of his career, knocking out the former light heavyweight champion in 34-seconds with a blistering, short left hook.

This time around, he’s the one forced to deal with an unexpected shift in opposition at the 11th hour, and it’s his experiences the last time he was in this position that he will be forced to draw upon when he faces Okami. 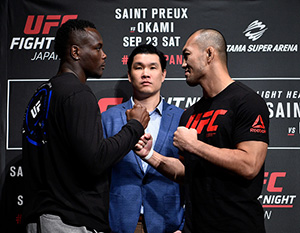 Back in February, the perennial contender was all set to square off with Jan Blachowicz as part of the annual Super Bowl Saturday event. A few weeks out, the Polish veteran was pulled from the matchup and replaced by a relative unknown, putting Saint Preux in a difficult position.

“For two or three months I was getting ready for a completely different guy and next thing you know, I get an opponent change,” he said of his last minute pairing with Volkan Oezdemir, who filled in for Blachowicz and began his impressive run to contention with a split decision victory that evening night in Houston. “When I get an opponent change, it’s ‘Okay – how do I want to play this? How do I want to go into this?

“Do I know a lot about this kid? Not really. Do I want to go in there guns blazing? Probably not. Do I want to sit back and see what he’s going to do?’ That’s what I did.”

The two went back and forth for 15 minutes, with Saint Preux coming out on the wrong side of the result and Oezdemir using the upset victory to kick-off a seven-month, three-fight run of success that has carried him to the upper reaches of the 205-pound weight class. While the result didn’t sit well with the 34-year-old Knoxville resident, it did serve as another learning experience for the talented athlete with championship aspirations.

It also served as another reminder to Saint Preux that he’s close to making those dreams a reality. 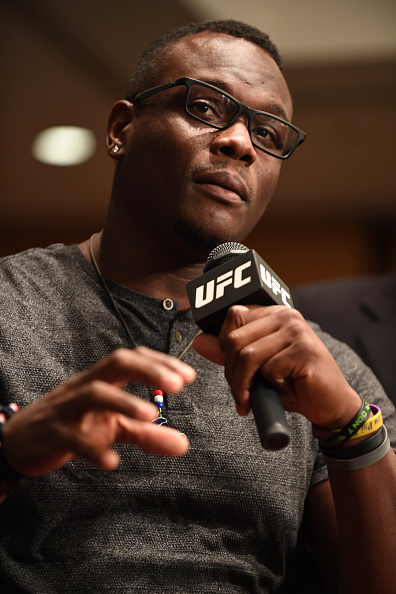 “It’s one of those things too where it was a tough fight, it was a close fight, but I think I won the fight,” he said. “I landed the more significant shots. I outlanded him by 50, 60 punches, but at the end of the day, the judges saw something else, so I just told myself not to put the fights in the judges’ hands any more.

“It was a good fight. It was a good learning experience. You need those type of fights because, at the end of the day, he made you that much hungrier.”

While viewed as an upset at the time, the loss to Oezdemir looks significantly different since the Swiss standout has followed it up with first-round knockout wins over Misha Cirkunov and Jimi Manuwa to put himself on the short list of top contenders in the light heavyweight division.

But in taking a loss against one of the elite talents in the 205-pound ranks, it also fits a pattern that has followed Saint Preux throughout his UFC run.

After winning four straight and six of his first seven Octagon appearance to climb into the Top 10, the Florida-born, Tennessee-based fighter hit a rough patch.

He lost four of five as his started sharing the cage with some of the more established names in the division. A submission loss to Glover Teixeira not far from home in Nashville; a decision loss on short notice to Jon Jones with the interim title on the line; a second-round knockout against Manuwa; and the aforementioned February loss to Oezdemir.

There were positive moments in each bout but, ultimately, Saint Preux came out on the wrong side of the results and was forced to figure out what went wrong.

“The margin of error is a lot different and it also comes down to how you’re going to be in the fight, mentally,” said Saint Preux, who got back into the win column with a submission win over Marcos Rogerio de Lima in April. “When you break into the Top 5, it’s completely different. With those guys, the margin of error is slim, so if I slip up some way, somehow, they’re going to capitalize on it.

“A lot of times it’s just one of those things where it’s about what your condition is mentally,” he continued. “Because when you fight some of these guys in the Top 5, you’ll be like, ‘He’s ranked No. 3’ and you’ve seen some of his tapes and he’s been in that position for a while and it’s like, ‘I’m excited about this fight, but…’ and that’s where you get in trouble; that split-second where you hesitate.” 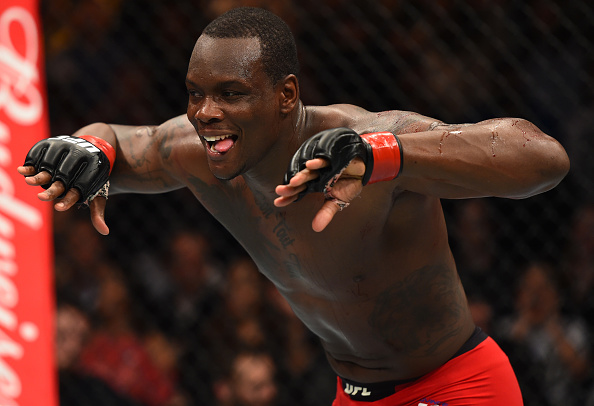 Now, instead of having that awestruck moment, the man simply known in the fighting community as “OSP” is taking cues from a boxing luminary who had a very basic, but understandable approach to sizing up the opposition… or anyone for that matter.

“Mike Tyson had an interview one time and he was talking about when you’re walking down the street, people will size you up and anybody that he saw that was over 200 pounds could get it,” said Saint Preux, who carries a 20-10 mark into this weekend’s main event. “That’s the mentality it’s got to be from now on.

“If you’re in my weight class, you’re a threat and if you’re a threat, it’s one of those things where it’s ‘kill or be eaten’ and shoot, I like to eat, so I better kill.”