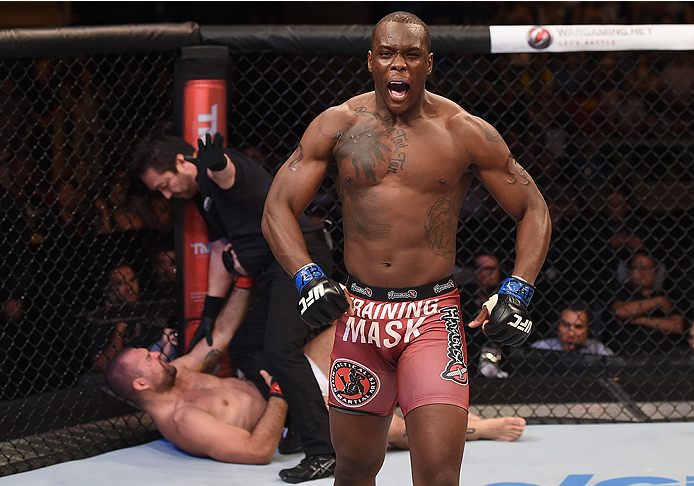 The question posed by Ovince Saint Preux is a rhetorical one, because frankly, he knows the answer, and if you don’t agree with him, he doesn’t care. But the point the light heavyweight contender is making is that despite not running to one of the “big” camps in mixed martial arts, he’s still a top ten-ranked fighter whose stock is only rising, something he believes has to do with staying loyal to his original coach and team, Eric Turner and the Knoxville Martial Arts Academy.

“I’m probably one of the few fighters that started my amateur career at one gym and I’m still there right now,” he said. “That lets you know how I feel about my trainer and how far I’ve come. It’s crazy, a lot of people are telling me ‘why don’t you come train at this gym,’ ‘why don’t you move and train with these guys,’ and that don’t mean anything to me. I’ve been an athlete my whole life, and I know when I see a good coach.”

The former college football player has been around plenty of them during his lifetime, and while being close to home in Knoxville is nice, getting the quality work he needs to succeed in the UFC is even better, and so far, Saint Preux isn’t just hanging around; he’s getting better, and he says that’s due to a simple philosophy: 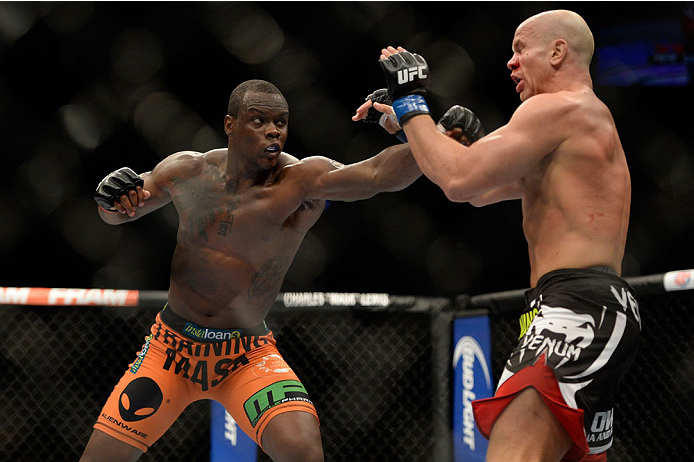 A pro since 2008, the 32-year-old Saint Preux is dangerous everywhere, a fact he intends on introducing to Patrick Cummins this Saturday in Newark, New Jersey. And while he once was just a raw talent showing flashes of brilliance, he’s now a student of the game seeking out better ways to not just fight, but to train.

“I took the Bader fight as a lesson learned and moved on,” he said of his August 2014 decision loss to his fellow light heavyweight contender, his first defeat since 2011 and only second since 2009. “There were a lot of things I learned about myself in that fight. One was that when you’re going through training camp, you can’t do anything half-assed. The thing about training is, a lot of times you don’t want to be there, I understand that, but I know that I have a limited amount of training, so I try to make the most of every practice that I can because I’m not going to get that practice back. With me doing that, I went back to the basics (for my last fight). I started drilling more, and I didn’t spar until the last two weeks before. All I kept doing is drilling and working on muscle memory. And that led to everything.”

“Everything” was a 34-second knockout of Mauricio “Shogun” Rua in November of last year that put OSP back in the win column and gave him his most notable victory to date. It was also one that came after a whirlwind juggling act that saw him go from undercard bouts against Rafael “Feijao” Cavalcante then Francimar Barroso to the main event against Shogun when Jimi Manuwa was forced out due to injury. It was a crazy sequence of events, but Saint Preux took it all in stride.

In other words, Shogun was in trouble from the time he said “yes.” Those words won’t come out of the mouth of the soft-spoken Saint Preux, though he did get a chuckle when it was said that the Brazilian had more power than he did.

“I said ‘All right,’” he laughs. “Shogun has a lot of power, but I definitely think in that aspect I have more. My timing felt perfect and if I land a good shot, I’m going to put you down, and that’s what happened. I landed a perfect shot.”

The result got him a Performance of the Night bonus, but little in the way of vacation, as he got right back to work to get ready for his next fight, which turned out to be against Cummins. And in keeping with the ‘if it ain’t broke, don’t fix it theme,’ he’s keeping the same routine he employed for the Shogun fight, which will not only keep him focusing on the right things, it will likely prolong his career. 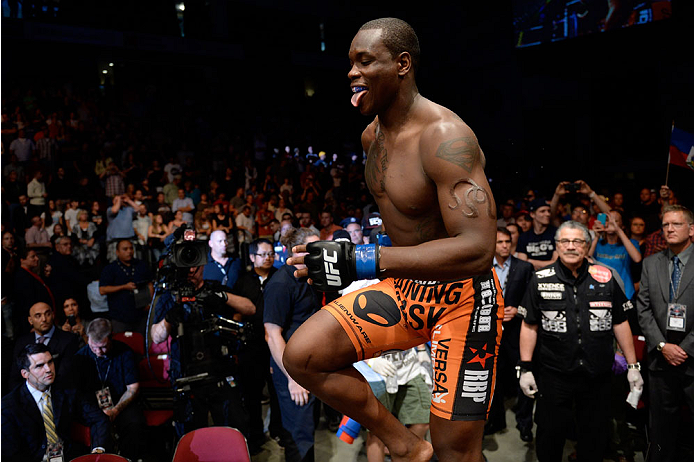 “It’s definitely going to extend my career,” Saint Preux said. “Sparring is like me playing football. There’s no way, in any form or fashion, where a football team is going to do full pads every single day. That’s not gonna happen. All it’s gonna do is lead to injuries. It will probably make you tough, but you probably can’t walk. And sparring is the same way too.”

Saint Preux will save his fights for fight night, and while the man who has ended four of his five UFC wins by knockout or submission doesn’t know what he will do on Saturday night, he promises that it will be the first of many performances fans won’t want to miss in 2015.

“Every fight I’m getting better and better, and I still have a lot of people out there who are still trying to figure me out,” he said. “The worst thing is when you can’t figure somebody out, so they say he got lucky or he’s not that good of a fighter. But everything is definitely coming together in 2015. I had a successful 2014, regardless of losing to Bader, and 2015 is gonna get even better for me.”

Saint Preux, whose parents are natives of Haiti, is selling a limited edition t-shirt to raise funds for the Harvest 107 organization, with proceeds to help build a sustainable micro farm in Zanfan Lakay, Haiti. For more information, click here.