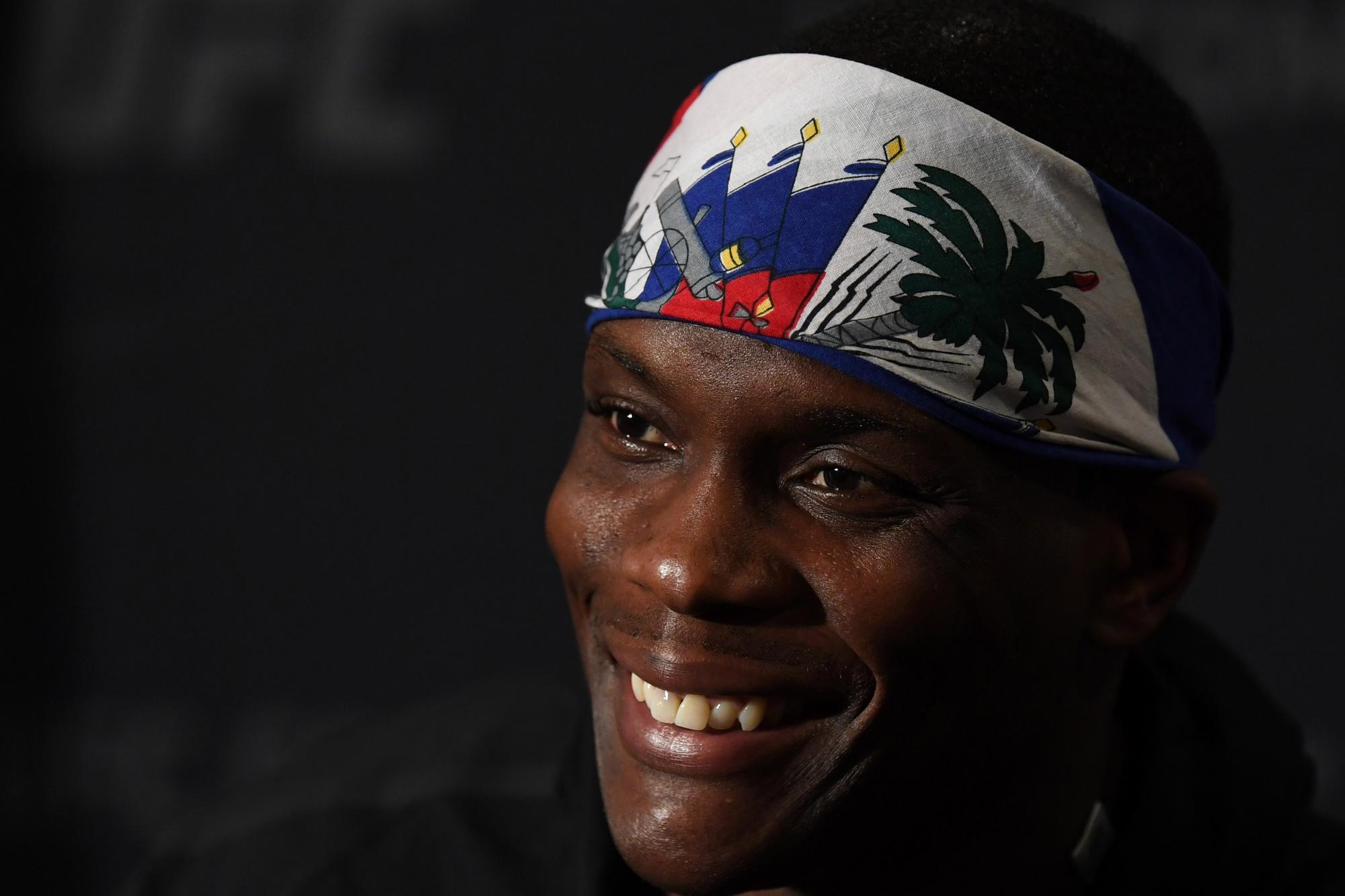 Ovince Saint Preux Has Seen It All

Ovince Saint Preux is a certified veteran of the sport. But even he was surprised when he reached his 20-fight mark last year.
By Thomas Gerbasi, on Twitter: @TGerbasi • Apr. 18, 2020

It seemed like forever that Ovince Saint Preux was the hot prospect, the raw talent about to make his move on the light heavyweight elite. And he made that move, becoming a long-time member of the top 15 who challenged for the interim 205-pound title in 2016.

But 20 UFC fights? That one even snuck up on OSP as he prepared for his September 2019 bout with Michal Oleksiejczuk.

“How did this happen?” Saint Preux laughs. “It caught me off guard.”

On fight night, though, the Knoxville product showed exactly what it means to be an elite veteran of the sport, delivering perhaps one of his most impressive performances as he submitted Oleksiejczuk in the second round.

That doesn’t mean it was easy, as the Polish up and comer put it on Saint Preux with an aggressive first round attack.

“At first, I'm thinking to myself, I need to get this dude off me, I don't want to get caught,” said Saint Preux. “And then all of a sudden, I started thinking about it: he'll be tired by the second round, let me just chill right now, keep on moving and weather the storm and work. And I knew he was tired because probably the last minute of the round I ended up being in a clinch position with him and he had to look up at the clock. If you're doing that in the first round, that's not good. At that time, I had no inkling of what time it was, and I didn't care. I finished the round where he tried to do a blitz on me and I kind of shook him off.”

As Saint Preux went back to his corner, his longtime coach Eric Turner was ready with encouragement and instructions for how to turn things around in the second frame. Saint Preux listened, then interrupted by leaning in and saying something to Turner.

“I told him I'm good, then I leaned over and said, ‘I'm gonna finish him right now,’” said Saint Preux. “And he started laughing. My trainer knows me. And I came ready to fight. Some fights I wasn't prepared the best as I wanted to be. But the weight cut was easy, I didn't struggle, so everything lined up perfectly and I came out for the second round and I knew he was going to be aggressive for 30-45 seconds, maybe a minute, and after that he was gonna start tapering down.”

A clinch was followed by a knee and an elbow.

“That got his attention,” he said. “I saw pretty much everything coming after that. He threw an overhand, I slipped it, took him down.”

Moments later, Saint Preux locked in his patented Von Flue choke, and at 2:14 of round two, the fight was over.

“He's a good kid, he fought a good fight,” he said of Oleksiejczuk. “But being a veteran, it's the little things that count.”

Those little things added up to a big victory for the 37-year-old, who snapped a two-fight losing streak while securing his UFC record fourth Von Flue choke finish. It started an online movement to get it renamed the Von Preux choke, yet as of press time, the soft-spoken Florida native remains a brown belt in jiu-jitsu.

“It's cool,” laughs Saint Preux. “In gi jiu-jitsu, most blue belts know more moves than I do. But this is my thing: I'm a mixed martial artist and I fight for the UFC. I'm in the Octagon. I'm not gonna be in there with a gi. Yes, when I roll with a gi on, I don't even grab the lapels. All the submissions that I'm going for are essentially no gi. People in the gi area of jiu-jitsu, they go for all the gi submissions on me, which makes it a little difficult for me to get out of some submissions, and I've got to be patient with those submissions. But as long as I'm getting better, that's all that matters. I didn't know I was getting my brown belt when I got it, so if I get it, I get it, if I don't, I'm still gonna be doing what I'm doing.”

And Turner did drop a little hint a while back.

“He said typically when you get your black belt it will be about 12 years,” said OSP. “Eric, I think I'm hitting that 12-year mark. (Laughs) So we'll see.”

What there is no debate about is that Saint Preux remains dangerous in a dangerous weight class, even as he’s closing in on the big 4-0. That number doesn’t scare him, as he believes what he’s learned about nutrition, stretching and taking care of his body has him in good stead when fighting resumes.