"Being in the Top 15, that wasn’t good enough for me. It’s an accomplishment in and of itself, but it’s not over yet." - Ovince Saint Preux 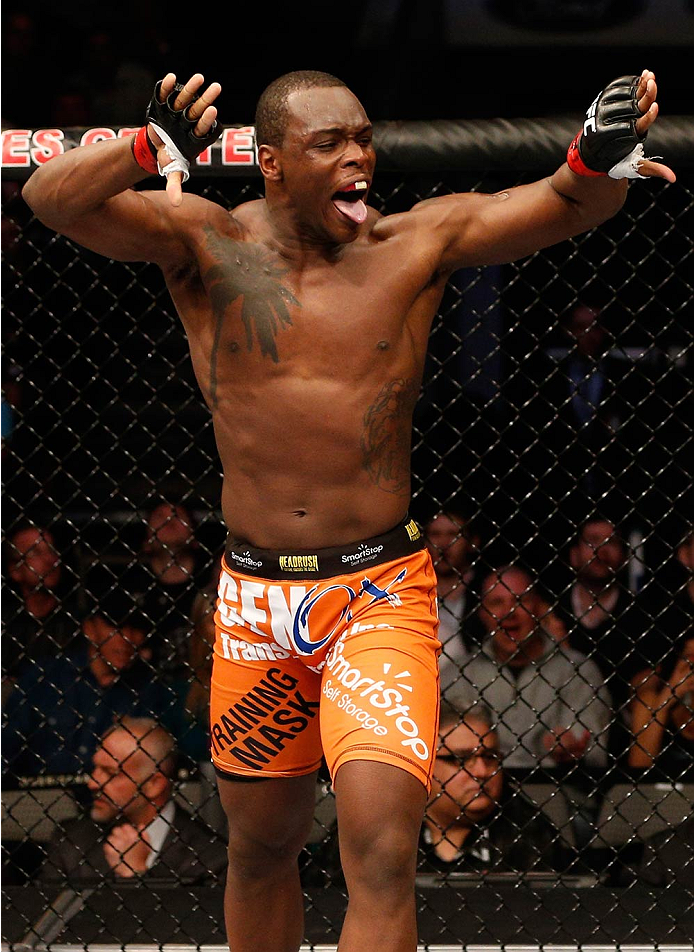 From lightweight through heavyweight, fighters that used to compete under the Strikeforce banner hold down at least one spot in the Top 5 in each of those divisions, to say nothing of the women’s bantamweight ranks, where champion Ronda Rousey and five members of the Top 10 all count themselves as alums as well.

Antonio “Bigfoot” Silva, Gilbert Melendez and Robbie Lawler have already fought for UFC gold, as did Nick Diaz, who transitioned to the UFC sooner than his contemporaries. Daniel Cormier is next in line in the 205-pound ranks, and Tyron Woodley isn’t too far off at welterweight either.

Nowhere is the Strikeforce presence greater than at middleweight. Former champions Luke Rockhold and “Jacare” Souza are within reach of a title shot, while Tim Kennedy, Gegard Mousasi and Yoel Romero have all established themselves as threats in the 185-pound ranks as well.

Outside of the spotlight in the light heavyweight division, Ovince Saint Preux has quietly added three wins to the ledger for fighters that moved to the UFC after Strikeforce’s final show in January 2013 and crept into the rankings, falling between Vitor Belfort and James Te Huna at No. 14.

Without many people taking notice, the 31-year-old Haitian-American fighter has put together an impressive run, winning 12 of his last 13 appearances, with his only loss coming against Mousasi, who had a brief run atop the division earlier in his career.

While several of his former Strikeforce colleagues were thrust into high profile pairings and installed as instant championship contenders upon arrival, the UFC has taken a slow and steady approach with Saint Preux, easing him along, allowing him to get comfortable and establish himself as a dark horse threat in the process.

“But I think the slower introduction that they have me doing now, I like it, to be quite honest. I know where I stand, I’m watching other people in my division, and it’s giving me the confidence that I need more and more.

“You have some of these guys that come from backgrounds that they’ve been doing all of their lives. I only wrestled three years in high school and I played college football for five years. The wrestling that I have is the three years I have from high school. I’m just lucky that my MMA IQ is to a point where I can pick up things pretty fast.”

In the course of his first three fights, Saint Preux has worked his way to the brink of breaking into the Top 10 in the 205-pound weight class, which is quite an accomplishment considering the way he career began.

A defensive standout at the University of Tennessee, the transition from the gridiron to the cage was rough for Saint Preux, who carried a 3-4 record after his first seven appearances. But the potential was always there, and over the last four years, the 31-year-old has made steady improvement fight after fight after fight.

“If you watched me fight through my Strikeforce career, I was getting better and better with every fight,” says Saint Preux, who earned a Performance of the Night bonus last time out for his first-round submission win over Nikita Krylov at UFC 171.

“My first fight in the UFC, I was like, `Man, it’s going to be nothing but tough competition.’ Thus far, I can feel myself having a certain swagger about myself.”

A member of Omega Psi Phi Fraternity, Saint Preux attributes his brimming confidence to some advice he received from one of his fellow Que Dogs.

“One of my fraternity brothers told me two things that kind of stuck with me. One of the things he told me was, `Whatever you think about me, it’s none of my business.’ The other thing he told me - and it got me - was, `You’re there already; just fill in the blanks. Start at the end and fill in the blanks.’

“That’s what I’ve been doing,” he adds. “In my mind, I’m the champ already - I’m just catching up to everything and filling in the blanks.”

While a shot at championship gold is still a few wins down the road, the 15-5 Knoxville MMA product can bring himself one step closer by securing a fourth straight UFC win when he takes on Canadian Ryan Jimmo in the first bout of the UFC 174 main card.

Entering off a first-round stoppage win over Sean O’Connell in April, Jimmo has battled injuries and inconsistency since moving to the UFC, but Saint Preux knows he’s in for a tough fight when he takes on the Power MMA representative at Rogers Arena on Saturday night.

“Jimmo’s not the first Canadian I’ve fought, so I think I’m going to be okay,” jokes Saint Preux about facing the Saint John, New Brunswick native on Canadian soil. “He is definitely a good fighter - he has one of the fastest knockouts in the UFC and he’s won a couple (bonuses) as well.

He’s also excited to continue proving people wrong and making his slow and steady march to the top of the light heavyweight division.

Step by step. One win at a time. Filling in the blanks.