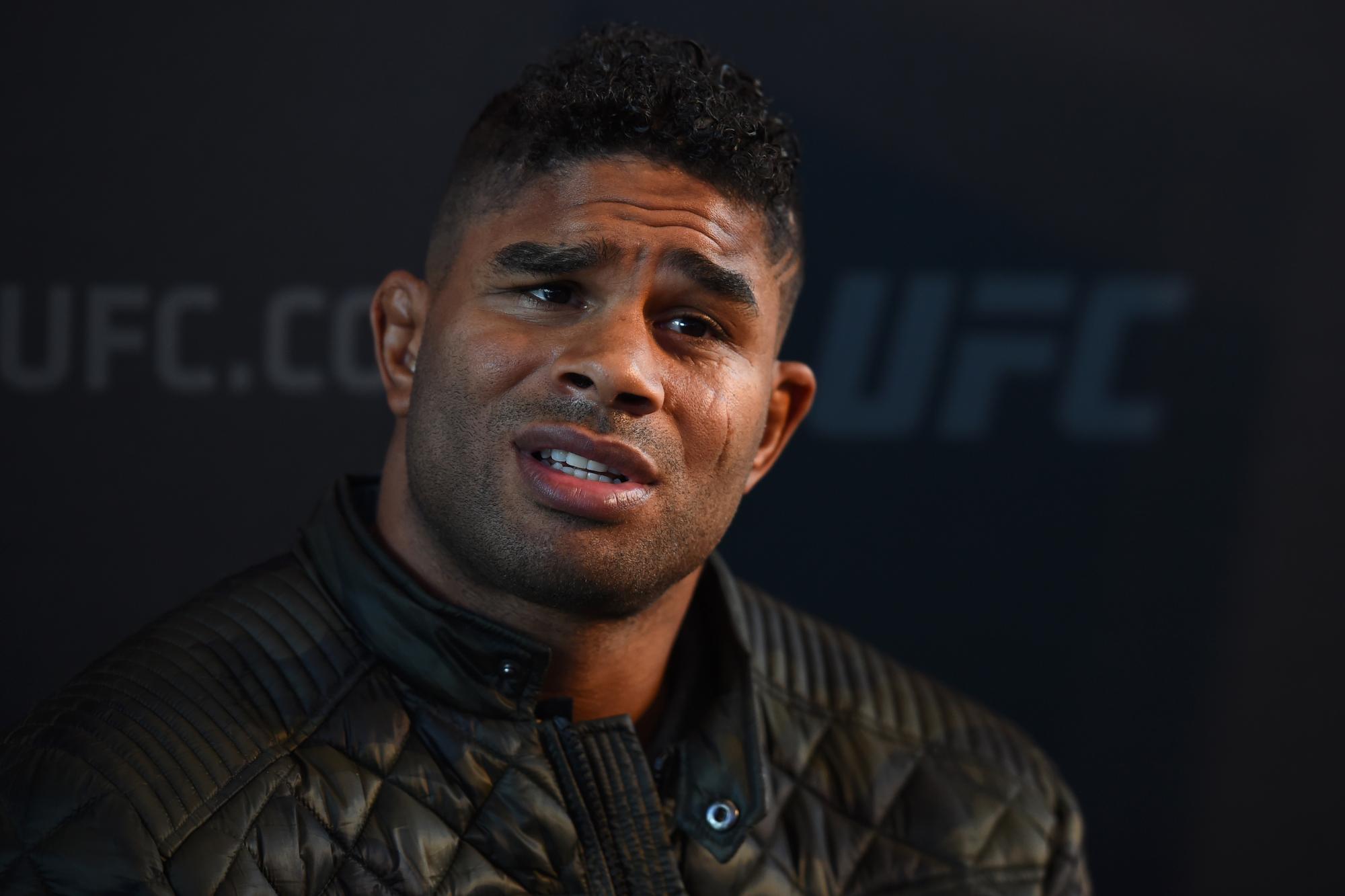 “I think I’m better everywhere but he does have a very slick submission game,” Overeem said. “He also has some striking. He’s a very aggressive fight and he pushes the pace. Still never the less I’m not worried."
By Gavin Porter • Apr. 17, 2019

Things don’t always go as planned in the fight game and as a veteran of the sport, UFC heavyweight Alistair Overeem might know that better than anyone.

Overeem brings 61 (44-17) professional MMA fights with him into his main event clash with Aleskei Oleinik at UFC Saint Petersburg. Oleinik boasts 69 professional fights to his name (57-11-1), putting Overeem in the unusual position of being the fighter with less professional experience.

And it wasn’t originally supposed to be that way.

Alexander Volkov (30-7) was initially slated to stand across the Octagon from Overeem in UFC’s second foray into Russia, but health issues forced him to withdraw from the bout. Nonetheless, the show must go on and “The Demolition Man” made some adjustments and started preparing for the dangerous submission artist that is “The Boa Constrictor.”

The keys to victory for Overeem stayed the same, as he promises to continue focusing on his abilities and utilizing his conditioning to dictate where the fight goes. And in the end, the biggest factor to Overeem’s victory is simple: Just beat him up.

Overeem’s confidence is justified as he has been a stalwart at the top of the UFC heavyweight division for years, finishing six of his nine UFC victories. Even though there is plenty of mutual respect between Overeem and Oleinik, the fighter from Amsterdam believes that he is a better mixed martial artists than Oleinik.

“I think I’m better everywhere but he does have a very slick submission game,” Overeem said. “He also has some striking. He’s a very aggressive fight and he pushes the pace. Still never the less I’m not worried. I focused on my own shape and I’m in phenomenal shape and I predict this will not go the distance.”

Take a look back through the legendary career of Alistair Overeem.

Before his last fight, Overeem switched-up his training, making the move over to Elevation Fight Team in Colorado. Among the extensive list of top-level fighters that call Elevation home is former opponent Curtis Blaydes. After their fight, Blaydes invited Overeem to Denver and it paid immediate dividends.

“There’s been a change in my fight style it’s more aggressive, it’s more pushing forward, it’s something that we focused on for that fight (with Pavlovich),” Overeem said. “Now it’s a new opponent different fight, so some new skill-set will be shown on Saturday.”

In Overeem’s last fight against Sergey Pavlovich he looked sharp and vicious, ousting the UFC newcomer before the first round concluded. Overeem hopes that he can build on that momentum on Saturday and provide an entertaining fight for his fans in Russia.

“I actually fought here a long time ago, 2002, back in the beginning days of my career,” Overeem said. “So I have a lot of fans. Undoubtedly the room with be more for Aleksei, he’s Russian and we are in Russia, of course he will have the majority of the fans. I’m just here to deliver a great fight and I think the audience will appreciate that.”

Make sure you tune into ESPN+ on Saturday night to watch Overeem go to war his Oleinik in what is bound to be a great match-up.