Outside the Octagon: The UFC's Evolution

Welcome to the new UFC.com fight week feature - Outside the Octagon with editorial director Thomas Gerbasi. Tom has been covering the UFC since 2000, has been cage side for all of the biggest fights, and authored the official UFC Encyclopedia. Check in every Wednesday on fight week for his latest column! 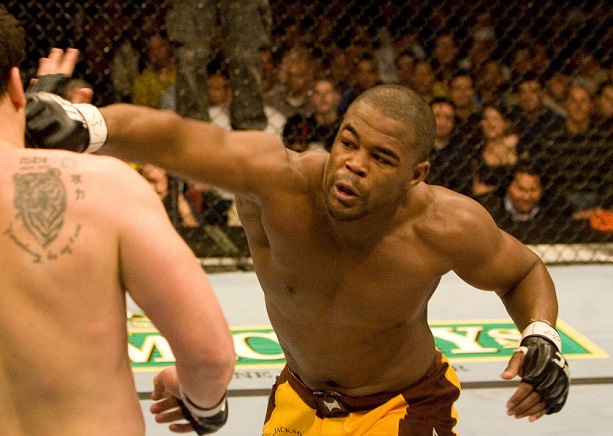 I can’t believe I’ve been lying all along.

It was unintentional, but for years, when people asked me how I felt about the growth of the UFC since I started here in 2005, I always say (cue old man voice) that back when in my day, we only did eight shows a year.

Thanks to the internet, I just found out it was ten shows in 2005, but you get the point, and that point is that on a week when the promotion will be putting on its 17th and 18th shows of 2014, and on the same day no less, the world of the UFC is quite different than it was on the night of Nov. 5, 2005.

On that night at the Hard Rock Hotel and Casino in Las Vegas, the Ultimate Fighter 2 Finale took place, filled with seven fights. Not 11, not 13, but seven. And if you run down that card, only two fighters – Rashad Evans and Diego Sanchez – are still on the active UFC roster, though the seemingly retired Nick Diaz could always reappear. Evans was a heavyweight that night, winning the TUF 2 finale against Brad Imes, while Sanchez fought Diaz at welterweight. Another 170-pounder on the card was former TUF middleweight, future lightweight and featherweight, and current UFC commentator Kenny Florian, who forced Kit Cope to tap out not just once, but twice in their bout.

Yet my favorite memory of that fight happened before the bell, as the two warmed up backstage. And yes, it was literally backstage, as there were no set locker rooms for the fighters. They were all backstage, separated only by a long black curtain. So as you can imagine, there was a lot of noise as fighters and their camps prepared for battle.

But once Cope – a renowned kickboxer – began hitting the pads, all you heard was the equivalent of a baseball bat smacking into a wall. With each shot, more people stopped talking and doing what they were doing, either to watch or just listen.

The only one who stayed busy was Florian, seemingly undisturbed by the prospect of getting hit with one of those punches or kicks. Suddenly, all the noise stopped, and Cope stuck his face through the curtain and shouted with a huge smile on his face. The whole place broke out laughing except for Florian, who was about to go win a fight against that guy with the loud kicks and punches.

That’s the kind of stuff that you never forget, and it all happened because there was no press row that night, a stark reminder of how the sport has evolved since then in terms of media coverage. Last Saturday in Las Vegas, there was row upon row of media for UFC 173, with more in auxiliary press positions and in the media room. Now if you’re a major outlet not covering MMA, you’re on the outside looking in.

Me, I was just the new guy without a chair watching and covering the fights on a small monitor in the midst of 14 fighters and their camps. But as any reporter worth his or her salt will tell you, that’s where you get the color, the back stories, the little vignettes that make a piece come alive.

Yet no matter where you run into Nick Diaz and Diego Sanchez, odds are that you’re going to get something to remember, and Nov. 5, 2005 was no exception. And though their fight was good, it almost took place in that dressing room as the two walked out to the staging area before the fight. Cooler heads prevailed, but if you think the pre-fight intensity both share is for the cameras, uh-uh, these guys are the real deal in and out of the spotlight. 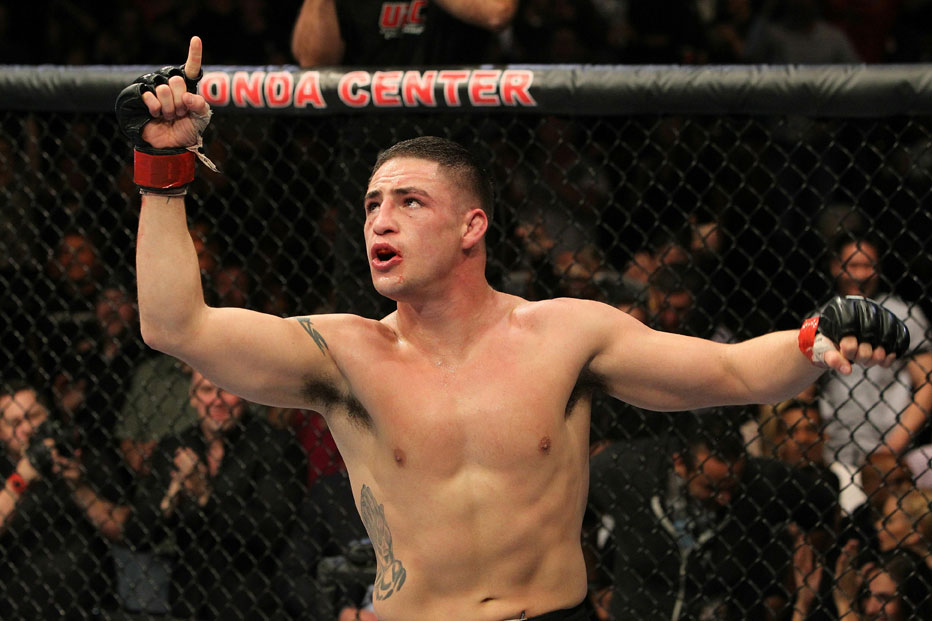 Sanchez won the fight that night, Evans and Joe Stevenson picked up TUF 2 titles, and guys like Florian, Josh Burkman, Melvin Guillard, Marcus Davis, and Keith Jardine made big impressions, not just because of their wins or losses, but because of their personalities. You couldn't find a more diverse group than the one competing on that card, and that’s what makes this sport what it is.

So maybe nothing’s really changed. Sure, this Saturday, there will be two events on two continents containing a combined 22 fights contested by 44 fighters, the UFC is on television around the globe and available online, and media coverage is at an all-time high, but when it comes down to it, it’s still about the fights, the fighters, and the stories. We just have more of them, and in this case, more is most certainly better.