Outside the Octagon: Escaping the Shadow 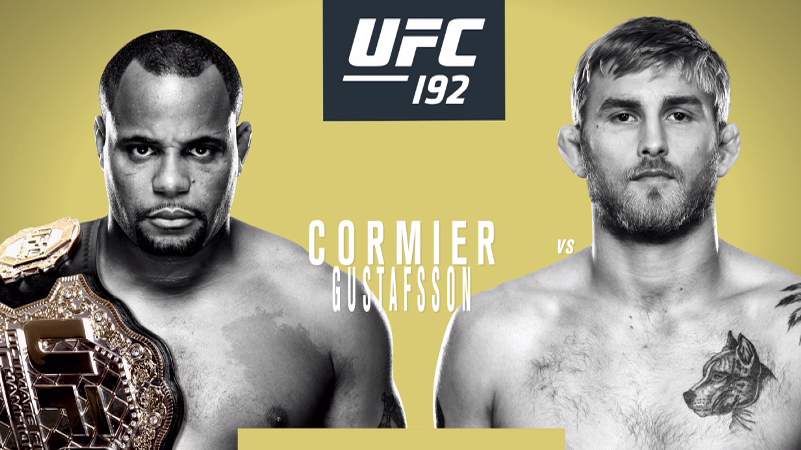 Jon Jones isn’t fighting in the main event of UFC 192 this Saturday, but he hasn’t stopped being a headline attraction in the days leading up to the main event fight between Daniel Cormier and Alexander Gustafsson.

Tuesday, Jones reached a plea deal in the case involving his role in a hit and run accident in Albuquerque, New Mexico in April, clearing the way for the former light heavyweight champ to eventually begin a dialogue with UFC brass to make his return to the Octagon sometime in the future.

So let the debates begin about Jones reclaiming the belt he once held and never lost in combat, while Cormier and Gustafsson actually fight for it in Houston this weekend.

Unfortunately, that’s par for the course in professional sports. It’s rarely about the here and now. It’s almost always about the what ifs and the next game, next fight or next year. You can debate that Jones should have never been stripped of his belt or that he should have been more harshly punished for the April incident, but that’s all fodder for social media. In that aforementioned here and now, Cormier and Gustafsson, while acknowledging the shadow of Jones hanging over their bout, especially given their individual histories with him, could make major strides toward escaping that shadow with a decisive victory.

For Cormier, who was decisioned by Jones in January but then picked up the vacant belt in May after “Bones” was stripped, a one-sided win over Gustafsson or a finish of the Swede sends a statement to the former champion, who was taken to the brink by “The Mauler” before pulling off a close decision win in their UFC 165 bout in 2013.

Gustafsson has even more demons to exorcise in Toyota Center, which was home to one of MMA’s greatest upsets, Matt Serra’s win over Georges St-Pierre in 2007. Defeated by Jones two years ago, he was supposed to meet him again in 2014 but was forced out of the rematch due to injury. When he returned in January, he met defeat at the hands of Anthony Johnson. Still finding himself in a title fight, Gustafsson can erase the memory of that loss to “Rumble” while also winning the championship he has craved, almost guaranteeing that he will see Jones once more.

And they will all see Jones. As much as the combatants in the 205-pound weight class want to move on and talk about the present, and not the past or the future, Jon Jones does factor in those plans if and when he returns.

In the meantime, Cormier or Gustafsson will have plenty of intriguing options as 2016 dawns. Saturday’s UFC 192 card may produce the next challenger for the title when Rashad Evans returns to face Ryan Bader; “Rumble” is on the doorstep of another crack at the crown; and beyond that, the field is wide open for another challenger to emerge from the likes of Glover Teixeira, Ovince Saint Preux or Patrick Cummins, should they string some wins together.

But Jones will always linger in the conversations. And even though Cormier made his thoughts very clear when he blurted out during a recent media teleconference that “I could really give a s**t about Jon Jones. I care about beating Alexander Gustafsson,” he knows how big a rematch could be.

When he got the Johnson fight for the vacant title earlier this year, he was well aware of what could be, and with talk swirling about MMA being legalized in New York and Madison Square Garden being the venue for the UFC’s first show there, I asked “DC” about a rematch with his rival.

“Imagine if that happens,” Cormier smiled. “If I win this fight (against Johnson) and Jon Jones comes back, like when Mike Tyson came back, and his arch-rival is the guy holding the title that got taken away from him, could you imagine that stories and everything that would be tied to that event? It would be amazing for myself, for Jon, and also for the UFC. It would be crazy.”

But you can’t fight a ghost, and right now, Jon Jones is still on suspension from the UFC’s light heavyweight division.

So Cormier, Gustafsson, Evans, Bader and the rest of the 205ers can’t fight with visions of a megafight with Jones in their head. It’s all about now and making their mark post-Jones. Not as the “other” guy, but as THE guy. The one with his own big wins, his own string of title defenses, and his own rivalries. That’s how legacies are made. Not on what ifs, but on results.

Because on Saturday, the only UFC light heavyweight title on the line will be the one Cormier and Gustafsson are fighting for.