Outside the Octagon - Can CM Punk pull this off?

According to USA Boxing, I had one fight in my life. One sanctioned one, at least. It didn’t go well, with the result in the New York Golden Gloves bout being a 63-second knockout loss to a gentleman named Disel “Truck” Means.

I probably didn’t belong there. I began training in November of 1996 for a February 1997 fight, because I’m impulsive like that, and the proof was in the pudding come fight night.

Yet that was the beauty of the whole thing. I wanted to fight, I got the opportunity to fight, I fought, and the results of that fight really didn’t matter.

So what does this have to do with the case of Mr. Phil Brooks, aka CM Punk, who steps into a mixed martial arts fight for the first time on Saturday night against Mickey Gall?

Punk wanted to fight. He always has. From the first time he saw one of the early UFC events, it was in the back of his mind that this was something he wanted to do. But life got in the way, and fortunately for him, that life included a run as one of the top WWE superstars of this era. It’s where he made his name, even though there was always the bug in his head to move to MMA, especially when his WWE contract came up in 2011.
RELATED: CM Punk featured on Celebrity Tales | Latest episode of Evolution of Punk | Punk talks what his team has tought him

He opted to re-sign with the pro wrestling giant and remained in the squared circle until his departure from the company in 2014. Later that year, he signed with the UFC to begin life as a mixed martial artist.

Then the hatchets came out.

Punk had no right being in the UFC. He had no chance to succeed as a mixed martial artist. It was all just a big publicity stunt.

But here he is. If it was publicity the Chicago native wanted, he got it. But oh, what a painful way to get your name in the newspaper, as he’s gone through a herniated disc in his back, a shoulder injury, and countless bumps and bruises while learning his craft from a gang of killers at Milwaukee’s Roufusport gym. It’s been in the days, weeks and months since he first walked through the door of Duke Roufus’ gym that he’s become a fighter. How good a fighter? Saturday night will tell that tale, but a fighter nonetheless.

And that’s all someone like the respected Roufus needs to see. When I spoke to him shortly after Punk made the announcement that he would be working with the Milwaukee squad, he admitted to some trepidation, saying “I’d be a liar to say I don’t have doubts, but the great Mike Tyson said ‘if you’re not scared, you’re lying to yourself. All great fighters are scared before they fight; that’s what makes them perform better. My doubts are going to be the fuel that’s going to help Phil and I just want him to succeed just like any of the guys or women I work with.” 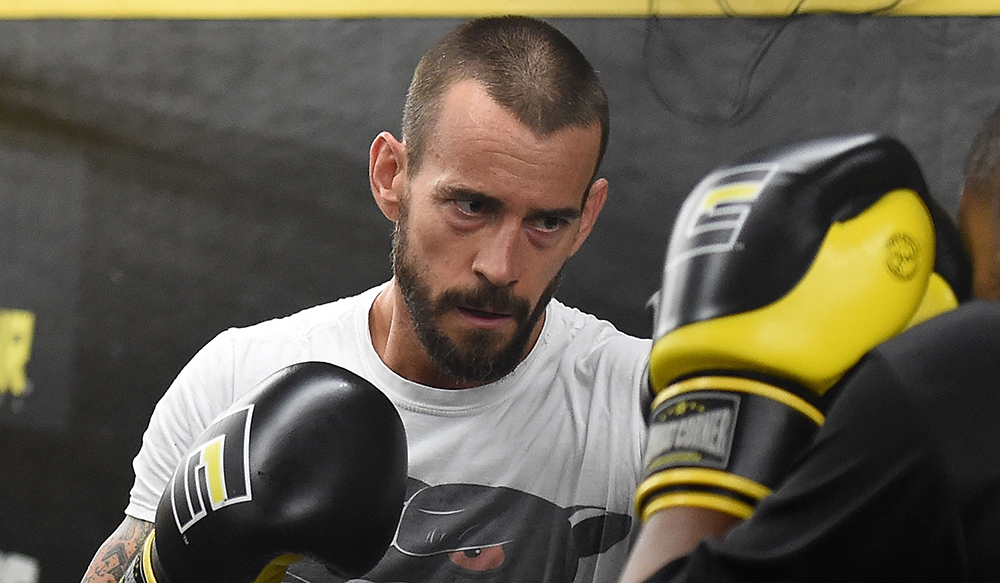 Barring any disasters between now and his walk to the Octagon tomorrow night, Punk has already succeeded. He’s put in his time in the gym, he’s made weight, and now all that’s left is Mickey Gall. The naysayers mean nothing at this point. The veteran fighters who have scoffed at his signing with the UFC but who would have taken the same opportunity if in Punk’s shoes can’t say anything anymore and have it affect what will happen in Quicken Loans Arena. As the saying goes, “the hay is in the barn.”

It’s the beauty of the fight game. Maybe Punk doesn’t belong here or doesn’t deserve to be here. Maybe his first fight will end in 63 seconds like mine did. Maybe he will lose and never fight again. Those are all possibilities. But tomorrow night, he’ll fight. There is nothing to hide behind, no excuses to make, no critics to answer to.

In the early 90s, Phil Brooks had a dream to fight in mixed martial arts. At 37 years old, he gets to fulfill that dream. No matter how he got the opportunity, he got it and seized it. How many of us get that chance, and how many will actually have the stones to take it if presented with it?

So what happens in that 15 minutes or less in the Octagon are just details. Regardless of the end result, CM Punk has won.

Why? He can tell you.

“The end game for me is getting there,” Punk told me in an April 2015 interview. “I'm probably gonna have the biggest smile on my face once I step into that Octagon. I don't want to get into an Octagon until that day and I want to make it there. I walk into that Octagon and to me it's a win. But then I'm gonna choke another person (Laughs) and it's hard to say if I'm doing this to prove everybody wrong. That seems to be my M.O. a lot of the time, but I watch as a fan and I go, 'That looks like fun.' That's a little bit crazy, but I think you have to be a little bit crazy to do that. I think the most successful people in MMA and in the world gotta be a little bit crazy. You think out of the box. With other people, there's a fire and they run away from it. I'm one of those people that runs right into it.”