Ottow sets big goals ahead of first co-main in Shanghai 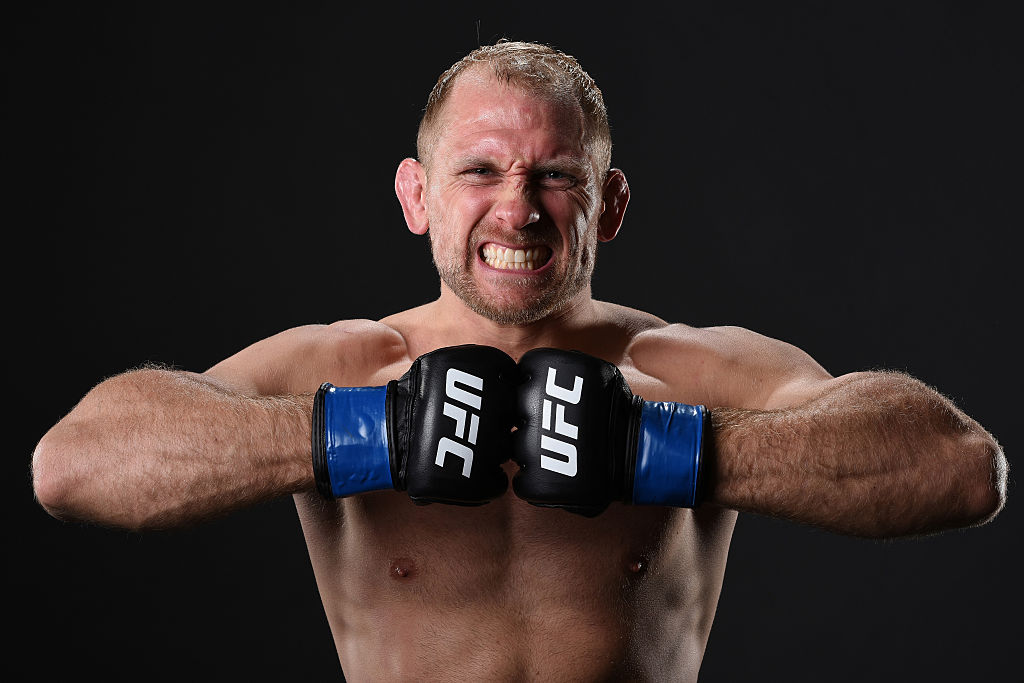 Zak Ottow poses for a post fight portrait backstage after defeating Joshua Burkman during the UFC Fight Night event at the Moda Center on October 1, 2016 in Portland, Oregon. (Photo by Mike Roach/Zuffa LLC)" align="center" /> There was good news and bad news for Zak Ottow when he got the call to face Li Jingliang this weekend in Shanghai.

The good news was his first co-main event as a UFC fighter. The bad? He has to travel halfway around the world to Li’s backyard of China to do it. Yet when you talk to “The Barbarian,” he’s got no problem with making the 15-hour flight from Chicago to Shanghai.

“I’ve had a couple of these, so I’m getting used to it,” he laughed. “And co-main event is pretty awesome.”

It’s not the response often heard, but since turning pro in 2012, Ottow has had his eye on being a part of the UFC roster, along with the perks it brings, which includes the chance to see the world.

“One of the things I thought about before getting to the UFC that I thought would be really great once I got here was the opportunity to travel,” he said. “I didn’t know it would be like this, but it’s pretty cool.” 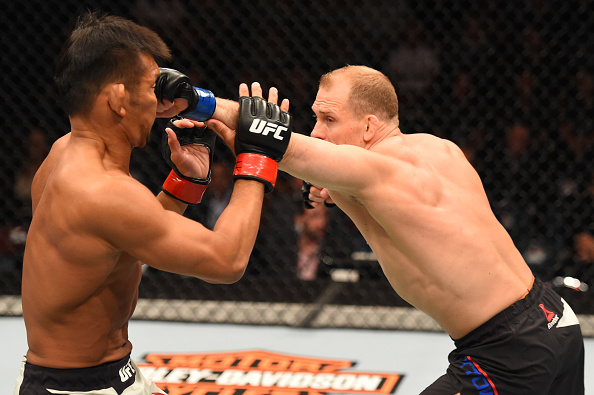 Kiichi Kunimoto of Japan in their welterweight fight during the UFC Fight Night event at the Spark Arena on June 11, 2017 in Auckland, New Zealand. (Photo by Josh Hedges/Zuffa LLC)" align="right" /> After building his name on the Midwest circuit, Ottow got the call to the UFC in the fall of 2016, and after debuting in Oregon against Josh Burkman, he’s been to Brazil and New Zealand, with China up next. Those are some impressive stamps for the passport, but more importantly, he’s emerged from his first three bouts with a 2-1 record and some quality experience in the big show. But just getting here wasn’t enough for him.

“I’ve always been the kind of person to set high goals for myself,” he said. “From the first amateur fight I had, I knew I wanted to dedicate myself to making it to the UFC, and I did, and it’s a dream come true. But now that I’m here, I’ve also been the person that once I reach a goal, I’m never satisfied. I’m satisfied for five seconds and then it’s, ‘Okay, what do I do next?’ So it was a dream come true getting the phone call and two short weeks later I’m fighting Josh Burkman, who I looked up to and watched his fights as I was young and getting into the sport. So getting the opportunity to fight him and beat him, then it was on to the next goal. I’m just getting started.”

Now 15-4 as a pro after following up the Burkman win with a loss to Sergio Moraes and a win over Kiichi Kunimoto, Ottow has earned his spot on the roster, but things will only get tougher as he keeps moving forward. That reality that every fight is a big fight hit home to him the first time he stepped into the Octagon, and it reminded him just what the leap from the regional circuit to the big show looked and felt like.

“A lot of guys that you’ll see on the regional level, even at the top of the regional level, they still have maybe one major hole in their game,” Ottow said. “And I noticed that the guys in the UFC are very well-rounded and have a good foundation everywhere. The sport’s evolved. Maybe years ago you could be a one-dimensional fighter, really good at one discipline, and have success. It’s just not that way anymore. All these guys are good, the speed is up there, and the biggest thing is the toughness.

“Towards the end of a round, I can start to wear somebody down and mentally, physically start to break that person down and then capitalize on an opportunity when it presents itself,” he explains. “In the UFC, all these guys are just so damn tough, they come prepared, and they’re very hard to wear down. Even in the later part of each round they’re still going strong, still minding all their Ps and Qs, and not providing a lot of openings. And when they get that minute rest, they come out and they’re fresh again for the next round. It’s just really hard to break these guys down compared to the regional level.” 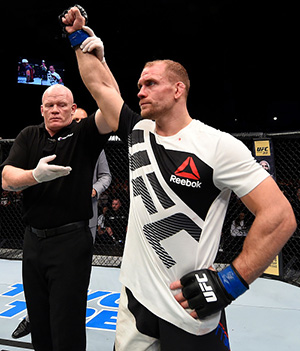 But the 30-year-old from Milwaukee is finding his way and realizing that he can hang with the big dogs in what is rapidly turning into the toughest and most exciting division in the UFC.

“Lightweight and welterweight have to be the toughest weight classes,” said Ottow. “Even outside of the UFC, there has to be the most licensed fighters fighting at 155 or 170. So to get to the elite level in those weight classes is definitely an honor. We often call the top 25 Murderers Row. It’s difficult to get into the top 25, whereas in some other weight classes, you can get into the UFC, maybe put together a couple wins and then all of a sudden you’re ranked in the top 15. It’s not like that at 155 and 170, so in order to be ranked in one of those weight classes, you are definitely one hell of a fighter and I definitely plan on being there one day.”

So here’s Zak Ottow, in perhaps the toughest division in the UFC, getting acclimated to the upgrade in talent he’s facing, and traveling 15 hours in the air for his next fight. But you know what, he’s loving all of it.