Ottawa rewind: What you got right & wrong

Stephen "Wonderboy" Thompson took one more step toward a welterweight title shot with a tactical and precise performance to take out No. 1-ranked Rory MacDonald in the main event from Ottawa on Saturday night.

Thompson may have been fighting in enemy territory, but he never let the crowd get to him as he picked MacDonald apart round after round, putting on a striking clinic to win his seventh fight in a row.

Fantasy players favored MacDonald going into the night with 55 percent picking him to win, but it was Thompson who paid off in the end. Out of the 45 percent who selected Thompson to get the victory, 76 percent thought he'd earn another knockout. It seems like Thompson was determined to be the underdog fantasy pick of the night across the board. 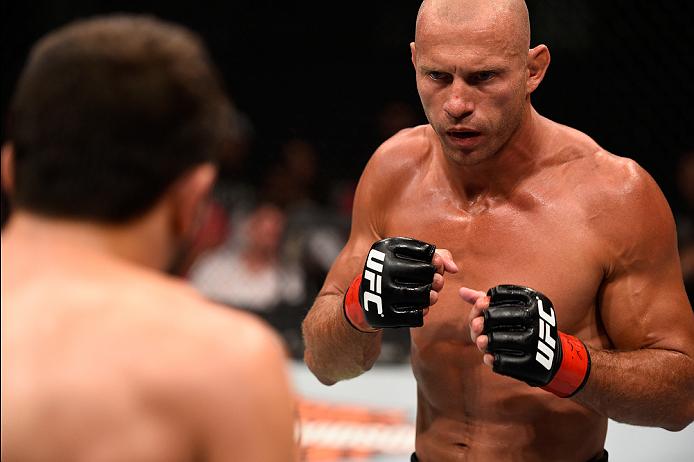 Donald "Cowboy" Cerrone was a massive favorite in his fight with Patrick Cote, with a whopping 84 percent picking him to get the win. Cerrone certainly did his part with a very impressive outing, but what may have been most shocking was the way he finished Cote with strikes in the third round.

Cote had never been put away by strikes, but Cerrone got the TKO victory after a punishing performance.

Virtually no one expected Steve Bosse and Sean O'Connell to go to a decision, with a huge majority of players picking the fight to end by knockout, but somehow these two sluggers survived until the final horn.

Bosse was a heavy favorite, with 77 percent of players picking him to win, and he eventually came out on top with a decision victory, although he had to fight tooth and nail to get past O'Connell. 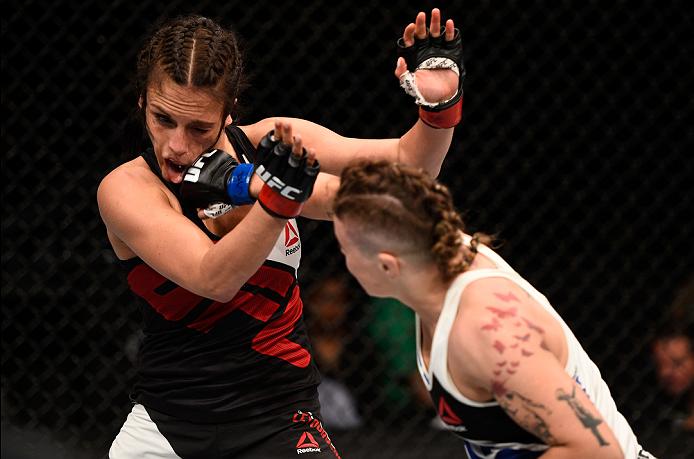 The biggest upset on the main card happened in the opening bout of the main card, as Joanne Calderwood put Valerie Letourneau away with strikes in the third round. Only 30 percent of players selected Calderwood to win, with 76 percent of those picking her to get a decision victory.

Calderwood looked better than ever as she punished Letourneau before getting the TKO finish late in the final round.

Light heavyweight prospect Misha Cirkunov was one of the heaviest favorites on the prelim portion of the card, with 74 percent of players picking him to win, and he came through in spectacular fashion with a gorgeous third-round submission victory over newcomer Ion Cutelaba.

Cirkunov uncorked a Superman punch, followed by a takedown before transitioning into a fight-ending arm triangle choke just seconds later.

Joe Soto managed to pull off one of the bigger upsets of the night after accepting a bout against Chris Beal on just three weeks’ notice, but he still managed to get a slick finish after wrapping up a rear naked choke in the third round. Soto was only selected by 40 percent of players, with 63 percent of those players picking him to win by decision. Those who picked Soto to win by submission certainly enjoyed the boost of points at the end of the night.

The UFC FIGHT PASS prelims also showcased a lot of talent, and the favorites came through in a big way.

Elias Theodorou was selected by 64 percent of players to get a decision win over Sam Alvey in the featured prelim. The Canadian was able to outstrike and outwork Alvey over three rounds to cruise to a decision victory.

Randa Markos also proved fantasy players right, with 79 percent of players picking her to win over Jocelyn Jones-Lybarger. Markos had to battle Jones-Lybarger over all 15 minutes, but she managed to get the job done, with the judges scoring the fight in her favor.

Colby Covington was another big favorite going into Saturday night, with 75 percent of players picking him to beat newcomer Jonathan Meunier, although the grappler finished the fight with a third-round submission while 66 percent of players had him winning by decision.