OSP has no issue with being an underdog, ready to prove doubters wrong 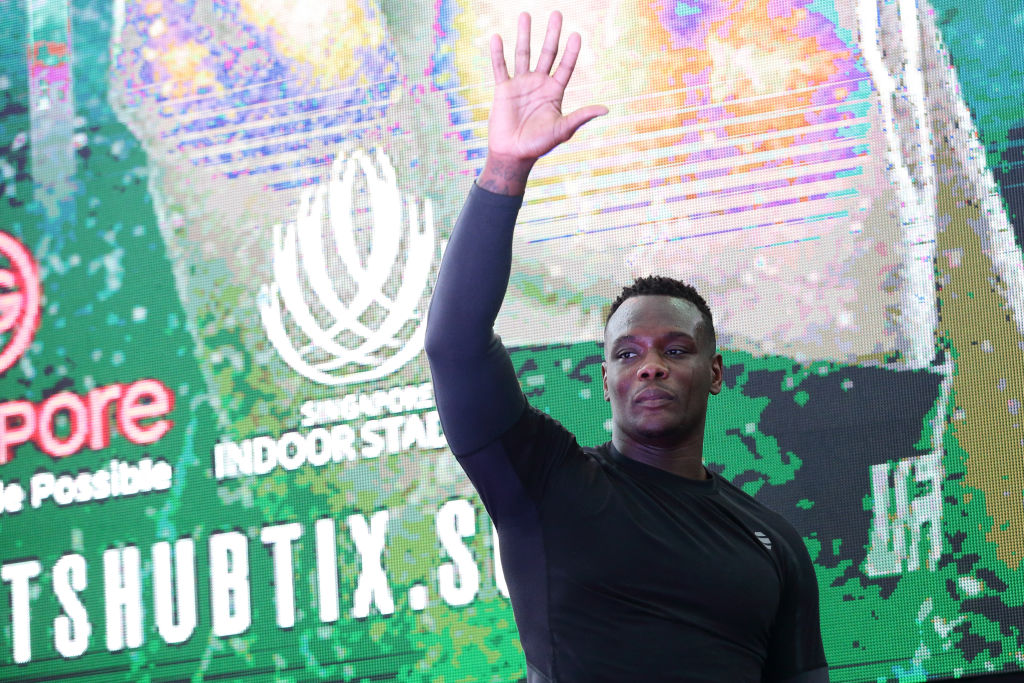 Ovince Saint Preux is tired of being overlooked.

Coming off a first-round stoppage win over Tyson Pedro in June and preparing to make his 18th appearance in the Octagon this weekend opposite Dominick Reyes, the Top 10 fixture has been installed as the underdog by the odds makers in Las Vegas and has been hearing a little too much about his opponent’s impressive start to his UFC career.

“From what Vegas is saying right now, they’ve got me as an underdog and I’m like, ‘Oh. Okay. Cool,’” says Saint Preux, who has gone 4-1 over his last five fights heading into Saturday’s Pay-Per-View event at T-Mobile Arena. “It’s crazy, but I’m used to being the underdog.

“Or – and no disrespect to the guys he was fighting – but imagine me replacing Reyes in those three fights. I think my three fights would have been three bonuses too.”

It’s difficult to argue with the veteran light heavyweight’s logic given that he’s collected bonuses in each of his last three victories while facing far more seasoned competition.

And that’s the part that sticks in Saint Preux’s craw.

The road to the UFC is much different now than it was when the Knoxville, Tennessee-based veteran was starting out. While he faced seasoned competition on the regional circuit and completed an undergraduate degree competing under the Strikeforce banner before matriculating to the UFC, Reyes got the call to the Octagon after six fights, five of which ended inside the opening round.

Although that could indicate that the former NFL hopeful who has made a seamless and spectacular transition to mixed martial arts thus far is a force to be reckoned with and someone poised to break into the upper echelon in the light heavyweight division, it could also simply mean that Reyes has faced little resistance thus far and is about to find out what it’s like to share the cage with an established, dangerous opponent for the first time in his career.

“Dominick Reyes is 9-0 if I’m not mistaken and he has three fights in the UFC,” begins Saint Preux, who counts stoppage wins over Pedro, Corey Anderson, “Shogun” Rua and Nikita Krylov amongst his 23 career victories. “He’s hungry, but it’s a different ballgame (in the upper reaches of the division). Making it to the UFC is cool, but it’s staying in the UFC that’s the hard part. It’s a different ballgame when you start fighting guys who are very technical, very experienced.

“I’m going on my 18th fight in the UFC and every single one of those guys had twice as many fights as Dominick Reyes has in the UFC,” he adds. “The guys that I’ve lost to are within that Top 5 range. He feels like he’s ready to beat a Top 10 guy – damn-near Top 5 – so hey, why not take it? We’re going to be on the biggest card of the year.”

Looking back to his fight with Pedro in June feels instructive to Saint Preux, both in terms of what this weekend’s matchup with Reyes could look like and the differences he’s speaking of between “young and hungry” upstarts and more seasoned competitors who understand how to capitalize on little mistakes and end your night in a hurry.

Early in the opening round, Pedro hit Saint Preux flush with a head kick and followed up with a right hand that sat the veteran down along the fence. As Saint Preux looked to stand, Pedro attacked with a guillotine choke before switching to a series of elbows in close.

The Australian remained on the offensive, but Saint Preux was able to clear his head, and when Pedro faltered on a takedown attempt, the veteran pounced, quickly attacking a kimura grip and extending the arm, forcing the youngster to tap.

“He’s young – he’s 28 – but I’ve been fighting for a while now and has that Fight IQ carried over yet?” he asks of Reyes, who has spent a tick over seven minutes inside the Octagon through his first three fights. “In my last fight, I got rocked early on, but I turned around and got my hand raised at the end of the night and that’s what veterans can do. The margin of error is so small that when you slip up, veterans can capitalize on that error and that’s what I did.”

To a certain extent, the University of Tennessee graduate understands where Reyes is coming from in seeking out an opportunity against a Top 10 opponent and looking to expedite his rise up the light heavyweight rankings because he’s been there.

But at the same time, it’s having travelled that road himself and learned the lessons that come from sharing the cage with 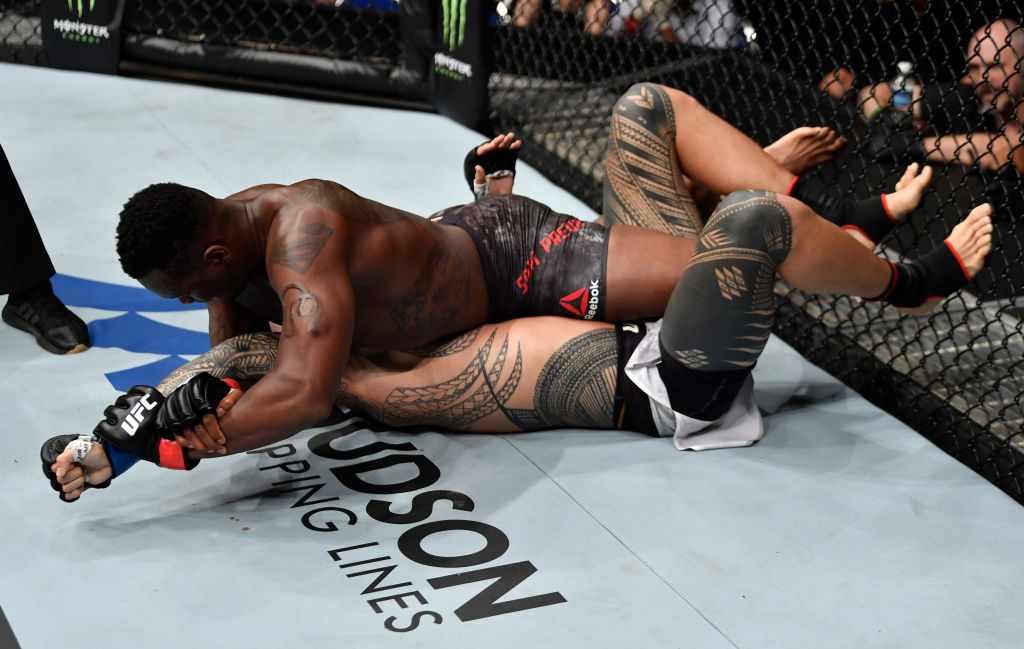 experienced veterans that makes Saint Preux happy to be the one to show Reyes that there are no short cuts to the top and no substitute for experience.

“I’m a nightmare fight for anybody in the 205-pound division,” says the veteran light heavyweight. “I’m long, I’m rangy, I’ve got power, I’ve got unorthodox submissions and I really want to be the guy that you want to make a stepping stone out of.

“I’ve been in the same situation, so I feel where he’s coming from, but sometimes it’s a little different when you’re actually fighting a veteran. He’s young and hungry and feels like he’s ready, but ‘young and hungry’ can get you in trouble.

“Sometimes that can get you sidelined. Young guys are hungry and they often get into situations where they feel unstoppable. It was the same thing with Tyson Pedro – he was young and felt like he was ready too.”

While there is definitely a chip on his shoulder heading into this one, don’t expect that to cause Saint Preux to do anything out of character inside the cage on Saturday night.

As much as he’s out to prove his doubters and the odds makers wrong, the goal remains quite simple.

“I think I have a little more power than he does and I think I’m an overall better mixed martial artist,” he says. “Now, everybody has a puncher’s chance or whatnot, but at the end of the day, all I gotta do is keep my hands up, bite down on my mouthpiece and take whatever he gives me.

“He’s definitely a fighter but, at the end of the day, I’m sick and tired of people trying to play me to the left, so we’ll see how it goes. The only thing that really matters is me getting my hand raised at the end of the night and continuing on this journey.”