Ortiz is gunning for That No. 1 Spot 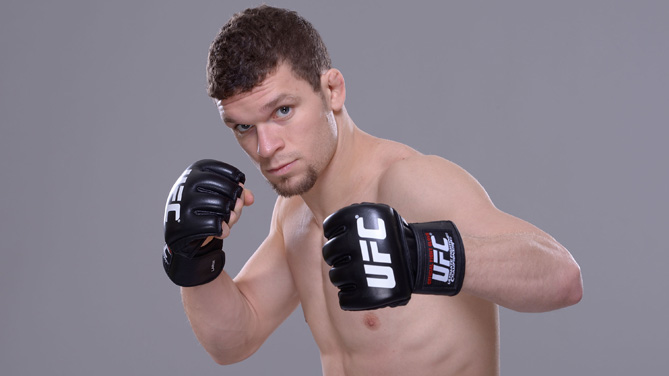 Rarely does a fighter’s record or ranking paint a full picture of who they truly are once the cage door closes.

While championship belts signify the best in the business, to get an accurate read on just about everyone else, you can’t just look at the wins and losses and where they land in the divisional hierarchy – you need to watch them compete; to know who they’ve fought and how their effort against each opponent measures up against those that came before and after them.

In the UFC flyweight division, no fighter embodies that more than Dustin Ortiz.

Tougher than a $3 steak, the 26-year-old has been tossed into the fire in the 125-pound ranks since arriving on the scene with a third-round stoppage win over Brazilian veteran Jose Maria Tome in November 2013.

“The fights that I’ve had in the UFC have either been Top 5 opponents or undefeated fighters, so each fight was like, ‘Oh s**t! They gave me this guy,’” Ortiz, who admits there was a little culture shock when it comes to fighting on the biggest stage in all of mixed martial arts, begins.

“Now it’s like, ‘Give me those guys!’ Those are the guys that I want to fight because if it’s not a challenge, then I don’t want it; that’s not why I’m in here. I’m here to be No. 1 and it’s going to be a rough road to the top, but that’s what I’m used to.” 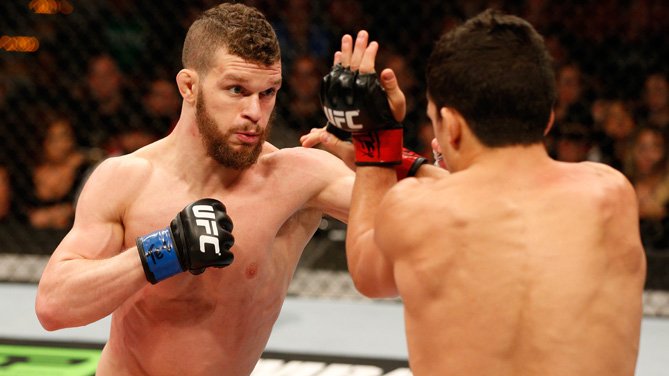 In between losses to former title challengers John Moraga and Joseph Benavidez, Ortiz handed rising contenders Ray Borg and Justin Scoggins the first losses of their careers. The loss to Moraga was razor-thin and could have fallen in the Roufusport product’s favor, and though his loss to Benavidez last time out ended in a unanimous decision, everyone that saw the fight came away from the bout thinking more highly of Ortiz than they did going in.

Over the course of 15 minutes, the Team Alpha Male standout and two-time title challenger hit Ortiz with everything in his arsenal and never once did the Tennessee native take a backwards step. It was a gutsy, gritty performance that stood out more than any of his three wins and stands as the perfect example of what to expect whenever Ortiz enters the Octagon.

“I’ve just always been a hard worker in everything that I do,” Ortiz says, trying to examine the origins of his resiliency and no-quit approach in the cage. “My dad was one of the hardest workers I’ve ever seen, so learning from him and watching him, seeing where I can get by doing that is where it all came from.

“I’ve never been the most skillful person in anything that I’ve ever done, but the hard work, the dedication and the time I put into what I truly love doing is what has gotten me to where I’m at.”

On a macro level, Ortiz is pleased with where he’s at – fighting in the UFC, ranked inside the Top 15 in the flyweight division, regarded as one of the toughest outs in the 125-pound ranks and maybe the sport – but on a micro level, the ornery, competitive fighter has a massive chip on his shoulder in regards to his standing in the division and the amount of time that has passed since his last appearance.

“I wanted to take a break after the Scoggins fight because I was out (in Las Vegas) for The Ultimate Fighter,” Ortiz, who helped his teammate Anthony Pettis when the former lightweight champion coached Season 20 of the long-running reality TV competition, said. “So that was a little bit of a break, but then they put me in with Benavidez and I wasn’t going to turn down that fight.

“(But after that), I was calling pretty regularly because this is the longest I’ve been without a fight,” he adds of the nearly nine months that have passed since his meeting with Benavidez in Austin, Texas. “I kind of got forced into a break and I took advantage of that time to get better in my mindset and in my skill set, but there was never choosing to take a break.” 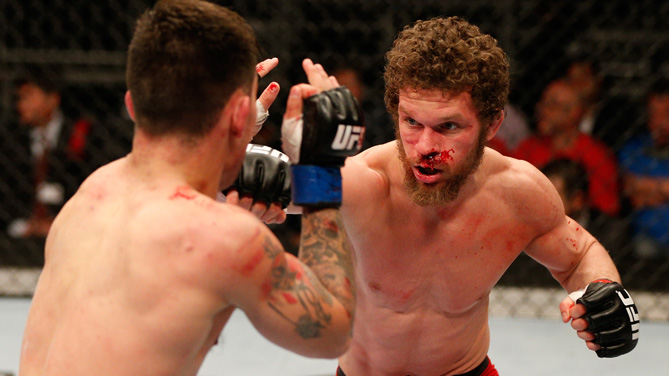 Ortiz was originally scheduled to get the chance to avenge a previous loss to Ian McCall this weekend in his home state of Tennessee, but after an injury forced the fourth-ranked California native from the contest, he’ll now square off with Willie Gates, another tough, emerging talent that fits the pattern of the two types of fighters Ortiz faces when he crosses the threshold into the Octagon.

Adjusting at such a late stage of preparation can be a challenge, but whether it’s “Uncle Creepy” or “Whoop-Ass Willie,” Ortiz’ approach to Saturday night does not change.

“I signed up to fight,” he says flatly. “I didn’t sign up to have a couple fights here and there and play this big, fat star. I came here to fight and make my way to the No.1 spot, so to see some other fighters come in here and kind of lollygag around, it gets to me, but I’m going to use it as fuel and keep going and take what is mine because at the end of the day, nothing is given in this sport.

“I’m going to bring non-stop action; that’s something I’ve done from Day One,” he says of this weekend’s encounter with Gates, who picked up an impressive first-round win over another Tachi Palace Fights vet, Darrell Montague, less than a month ago.

“You’re going to be able to tell that I’ve matured as a fighter. I’m fighting with my mind, my body and my soul and I’m leaving it all out there.”