Optimistic Anderson eager to put his lessons to the test 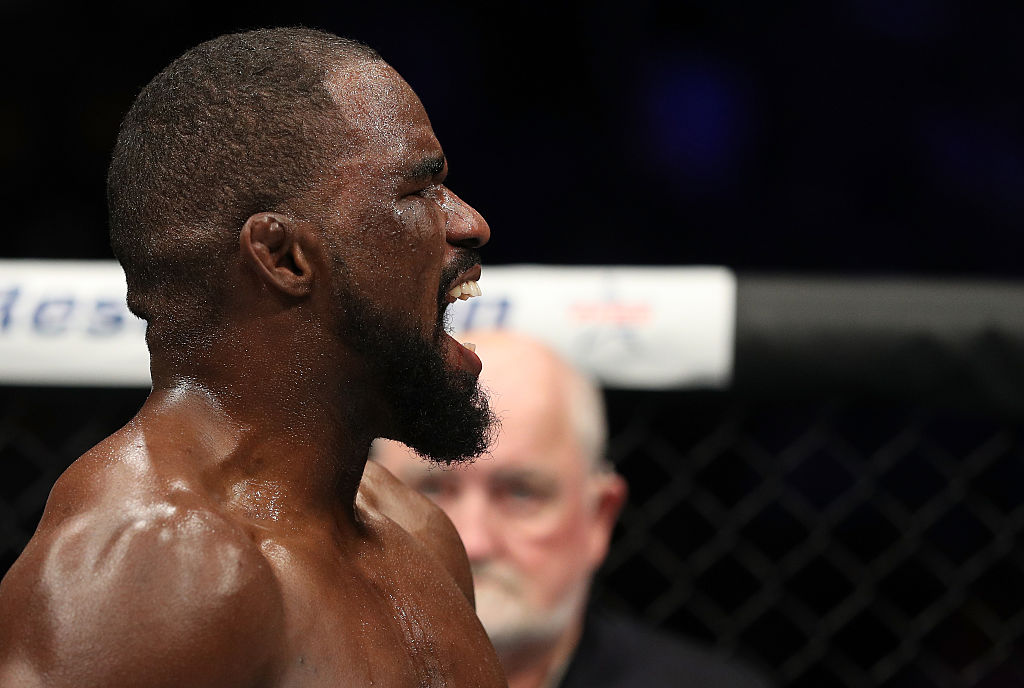 When Corey Anderson wakes up Saturday morning and gets ready for his Atlantic City bout with Patrick Cummins, he’s likely to say the same thing he usually does:

“Today could be a great day to make something happen.”

It’s the mantra of the eternal optimist, the glass half-full philosophy of a 28-year-old light heavyweight who can shine a positive light on a 2017 campaign in which he lost back-to-back bouts to Jimi Manuwa and Ovince Saint Preux. It could have been a crushing blow, but the former Ultimate Fighter winner took the positives away from the setbacks.

“I picked up a lot of stuff in 2017,” he said. “It was a big learning year for me. I faced top guys, from Jimi Manuwa to OSP, guys that have been doing this for years, and there were a lot of things I didn’t know. But each fight in 2017, I learned something different, something big that I needed to get into the gym and work on. Everything is a learning lesson.”

Anderson goes on to explain the specifics he took from the defeats, clearly excited to show up against Cummins with the holes in his game sewn up as he seeks his seventh Octagon win. It’s been a whirlwind ride for the Illinois native, who knows that despite the ups and downs, he’s come a long way in a short time.

“People say it’s kind of scary to think I made it this far just being a raw talented wrestler who picked up boxing from Mark Henry so fast,” said Anderson, but now he believes everything is coming together. If he’s right, Cummins could be in for a long night, and what is even more troubling is that the Penn State wrestler isn’t just facing Anderson on Saturday, but the entire “Iron Army” that he calls not just his team, but his family.

“I’ve been to other camps and it’s not that any of those gyms were bad, but the way the team gets together and trains together, it’s like a family,” said Anderson. “From the first week I was here, Frankie (Edgar) and the whole team were inviting me over their house for family gatherings or cookouts. Mark Henry is like the father figure, Ricardo (Almeida), Nick Catone and the other coaches are also father figures, and the men and women on the fight team are the brothers and sisters running around and it’s the parents’ job to put us in check and make sure we’re doing what we need to be doing at the right times and carrying the team’s name respectfully. I love the camaraderie we have. You have that feeling in your heart knowing that you’ve got the team backing you up, these guys that have helped you through thick and thin throughout the whole camp.”

And for Anderson, there’s nothing better for him than to be on the same card as the man whose card he debuted on in 2014, former lightweight champion Frankie Edgar.

Yeah, not many people can stay positive knowing that someone is trying to punch them in the face, and in this case, that person throwing those punches is someone who will take blows in return, get cut, and still keep marching forward. But Anderson has been in his share of brawls, and he’s not afraid of another one. But if he has his way, he’ll put on a Performance of the Night effort, one that will make his adopted family in Jersey smile.

“I know I’m one of the best out there,” Anderson said. “When I put everything I’ve got together, it’s hard to deal with me. It’s just learning how to keep myself disciplined in the cage so that the things I start off with at the beginning of the fight I’m still doing at the end of the fight. I do that and I should be victorious. I know the best is yet to come.”