Onwards And Upwards For Istela Nunes

Brazilian Strawweight Determined To Show What She's Made Of Saturday In Orlando
By Steve Latrell, on Twitter: @TheUFSteve • Dec. 2, 2022

There are no words to sugarcoat it: Istela Nunes’ UFC career didn’t start off the way she had hoped.

“I know a lot of people see it as something negative, but I keep going,” the Brazilian says via translator. “I know the potential I have.”

Lots of fighters have their “welcome to the UFC” moments, but Nunes suffered two in as many appearances with the promotion. First, there was the submission loss late in the third round to Ariane Carnelossi in her October 2021 debut. She went the distance last April vs Sam Hughes, but a third-round eye poke shook up the scorecards enough to end her night on the wrong side of a majority decision.

“I know I was winning all the fights, but in the end, there was always something I didn’t expect. In my last fight, I was also surprised because I thought I had won. But they gave it to her.” 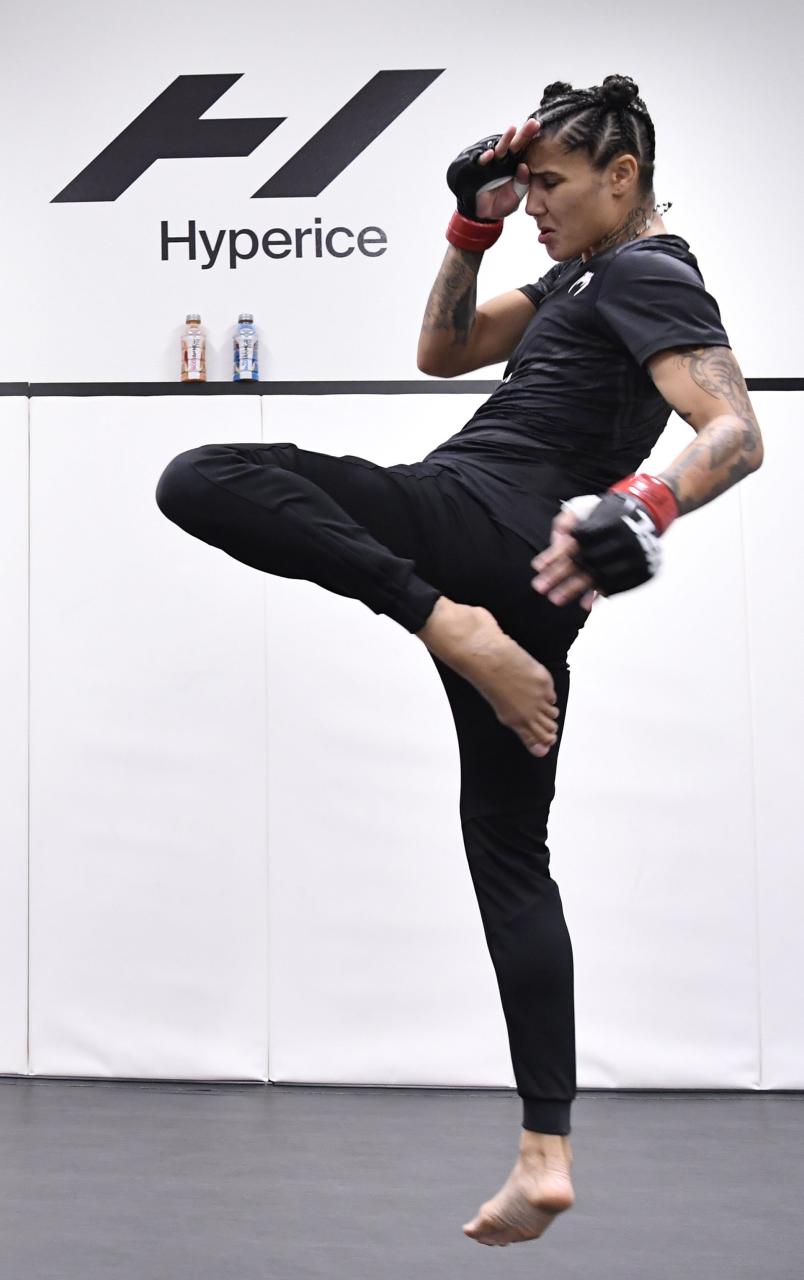 Istela Nunes of Brazil warms up prior to her fight during the UFC Fight Night event at UFC APEX on October 16, 2021 in Las Vegas, Nevada. (Photo by Mike Roach/Zuffa LLC)

Losing fights wasn’t something Nunes was much accustomed to when she entered the promotion. The two-time world Muay Thai champion had been extensively decorated in the discipline at both the amateur and professional level before switching to MMA, where she compiled a 6-1-1 record before getting the call from the UFC. She knows she has the goods, and she hasn’t forgotten that.

“I know how hard I train and commit myself. I wouldn’t change anything. Everything is in God’s time. Everything has a purpose and it’s in His hands. I think that’s it.”

Her hard training is the stuff of legend, leaving precious little time for much more these days.

“I usually stay home watching TV with my dogs and my girlfriend and that’s it. I go fishing on weekends and that’s my life.” 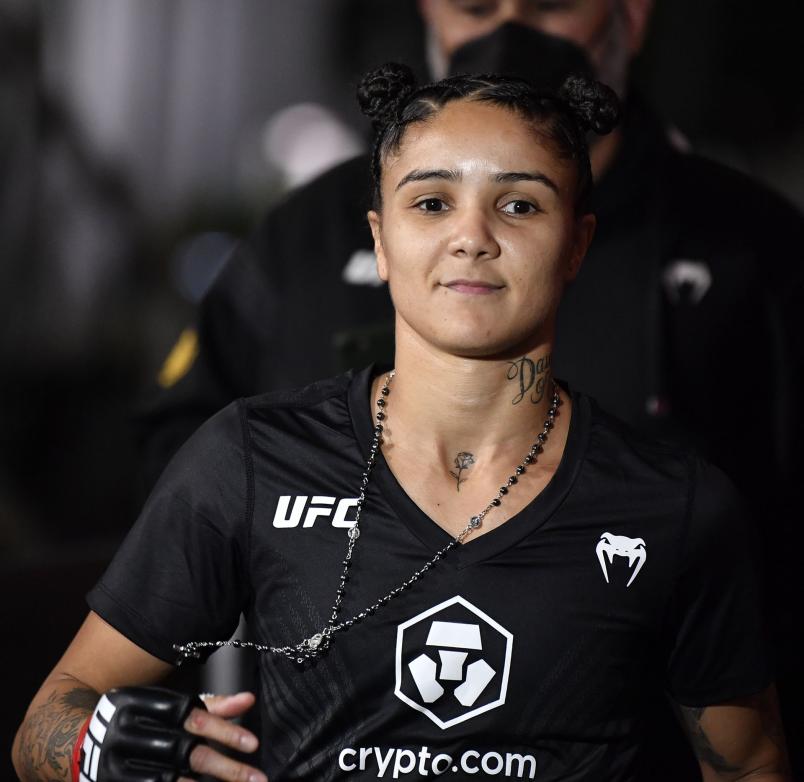 The 30-year-old’s sole focus and dogged work ethic is what she’s certain will get her hand raised this weekend when she opens the prelim card with her third UFC appearance. The assignments haven’t gotten easier: she’ll be taking on Yazmin Jauregui to kick off UFC Fight Night: Thompson vs Holland. Fresh off a potential Fight of the Year contender, Jauregui has been pegged as a real threat to the strawweight division. For Nunes, she sees a golden opportunity to halt the hype and remind the world why she’s here.

“I was very happy when they gave me this fight because I’m coming off a loss and she’s coming off a win. I see it as something positive. I think they see me as a worthy opponent for her, since she’s 9-0, but that doesn’t mean anything to me. I’ve already faced tough opponents.”

She’ll get to prove it on a bigger stage, too. After back-to-back appearances at the UFC APEX, Nunes is thrilled to be fighting in front of the sold-out crowd at Orlando’s Amway Center, just a three-hour drive from her training headquarters at American Top Team. Walking out in front of a raucous Florida crowd are the sorts of electrified moments she envisioned when she dreamed of one day making it to the UFC.

“When they told me I was fighting in Orlando, I was very happy. I said, “I can’t believe I’ll fight outside the APEX.”

She’s quick to offer the disclaimer that she loves fighting in the more intimate APEX, but for a statement win like the one she’s preparing to execute, she relishes the bright lights.

“I’ll put on a show for you,” she promises, a show that sets the table for bigger things in 2023.

“I hope it’ll be an amazing year. Everybody expects great things, and I’m the same. I hope it will be brilliant for me and that God has something great in store for me.”