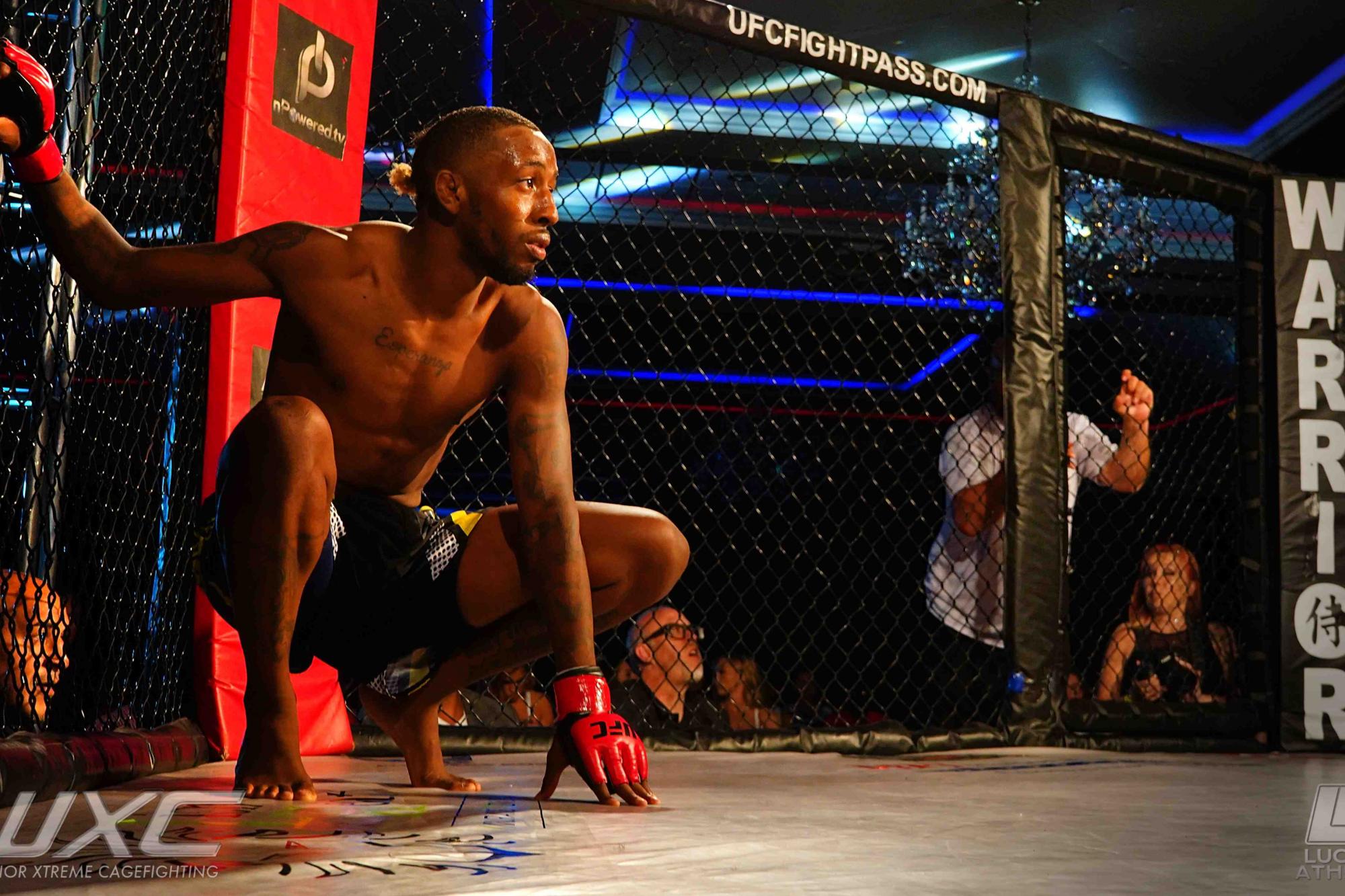 With a record of 11-5, how on Earth did Jose Johnson make it to Dana White’s Contender Series?

“Absolutely nothing embarrassing about that at all,” Johnson laughed. “I think I watch that knockout at least 20 times a day.”

For those who haven’t seen one of the wildest finishes in LFA history, Rafael Costa sensed he had a superior ground game to Johnson, and in an attempt to get the fight to the ground, he shot in for a single leg takedown. The only problem was he never got the chance to show off his ground game.

At 6-feet tall with 74 inches of reach, it wasn’t the first time he’s been in this scenario. In fact, one of Johnson’s signature moves is to catch a charging opponent and throw them face first into the cage. Unfortunately for Costa, he was able to actually grab a hold of Johnson.

“If you watch the video you can actually hear my coach telling me to find an elbow,” Johnson said. “We had been working the side elbow like that for a minute now. I hadn’t used it yet because nobody’s ever just sat there on the single leg and not done anything. Well, he just sat there.”

The second the elbow landed, Johnson went through a rollercoaster of emotions. Celebrating the win, realization of the possible severity of the situation and then back to celebrating when he saw Costa up and mobile.

It's hard to celebrate such a brutal strike that soon, but it’s impossible not to acknowledge that his life wouldn’t be the same for a little while.

“I’ve gotten at least 20 promoters hit me up and they’re like, ‘We’re interested in having you out. You’re the biggest 135er out there right now!’” Johnson explains.

Every MMA media outlet was all over the finish and no coverage of the finish was ignored.

When UFC FIGHT PASS announced they would be counting down the 31 best finishes of the year by live event partners, Johnson continued checking the countdown despite having a sneaking suspicion of where he would rank.

Being acknowledged as number one and knowing he was likely on the UFC’s radar was another feather in the cap. After years of fighting on the amateur and regional professional circuit, showing every tool in his arsenal and being able to concentrate the skill and devastating power into one strike that shook the world was exactly the ticket to the Octagon Johnson was hoping for.

“I saw FIGHT PASS announced it and I was like, ‘Ooh, I wonder where I’ll be on there,’” Johnson laughed. “I was super excited to see the results. I know there’s been a lot of cool knockouts, but nothing like that. I know I’ve never seen anybody get knocked out like that before in my entire life.”