Once again fighting in Canada, Larpise's confidence at an all-time high 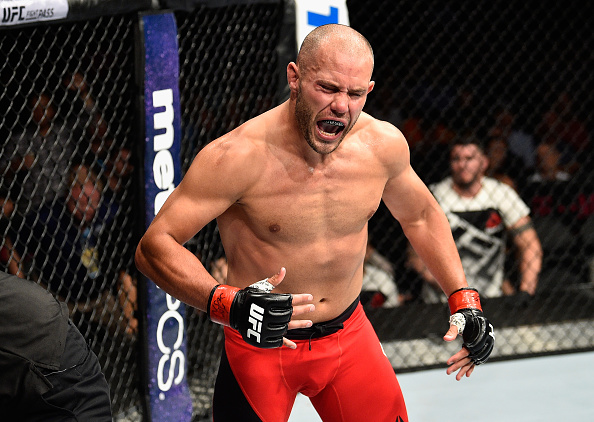 Competing in his home country of Canada is a joy for Chad Laprise, even if it means braving the frigid temperatures that await the fighters set to step into the Octagon this weekend in Winnipeg.

“I’ve said it many times before – if I could fight all my fights in Canada, I would be super-happy, and I’m back in Canada again,” said Laprise, who has only fought outside of Canada twice in his seven-year, 15-fight career. “It’ll be a little cold up there this time of year, but I’m definitely looking forward to being in front of the Canadian fans once again.

“And I’m sure Galore is going to be a lot colder than me,” joked the Chatham-Kent native, who squares of with England’s Galore Bofando on the preliminary portion of Saturday’s UFC on FOX event at the Bell MTS Centre.

The matchup is one of several intriguing undercard pairings that dot Saturday’s 12-fight lineup, as Bofando collected one of the most unorthodox knockout wins of the year in his promotional debut back in July.

Locked in the clinch along the fence with Charlie Ward, Bofando used an underhook to deny the SBG Ireland man’s trip takedown attempt and countered by hurtling Ward face-first into the canvas. He was out on impact and Bofando instantly became an interesting new addition to the welterweight ranks.

“I had no idea really who he was,” admitted Laprise when asked of his initial impressions of the man he’ll face this weekend. “I looked up his name and it said his record was 5-2 and I was like, ‘What are you thinking, Sean? I’m going to murder this guy.’”

“I Google’d him a little bit and saw he’s definitely dangerous. He doesn’t have the experience I have in MMA, but he’s a really good striker, really good kicker and very unorthodox.

“He probably has a couple hundred point-fighting karate matches, but obviously he doesn’t have a lot of MMA fights. He’s nowhere near my level of grappling or wrestling, so we were really focused on getting down his striking because it’s different; you don’t fight a lot of guys who can kick the way he does.

“But nobody has ever prepared for this guy the way I have – I guarantee it – and you’ll see fight night where my experience is going to take over.”

In addition to having put together a 12-week training camp replete with elite karate and taekwondo fighters to help mimic Bofando’s style in the cage, Laprise’s confidence is bolstered by his move back to welterweight and the results it produced last time out.

The 31-year-old has always been a tweener – a little too big for lightweight and a little too small for welterweight – and spent the first six years of his career shuffling between the two divisions.

He won five straight as a welterweight to start his career before dropping down to lightweight to collect two more victories. His ninth win came back at 170 pounds, when he defeated fellow Canadian Olivier Aubin-Mercier to win the welterweight competition on TUF: Nations, but was quickly followed by a return to the 155-pound ranks. 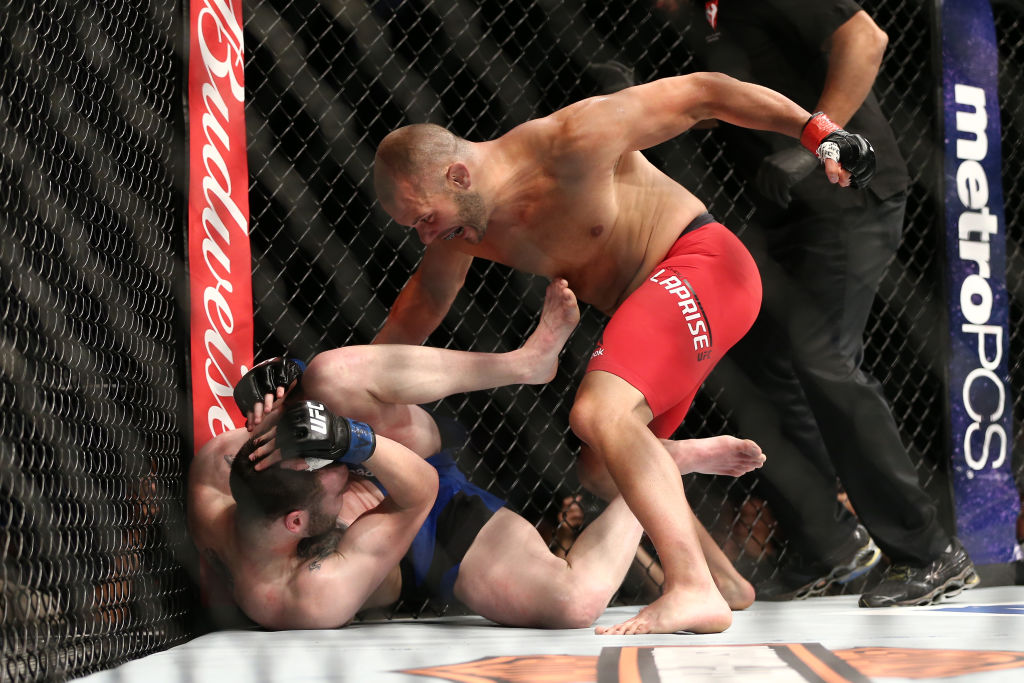 While he enjoyed some early success, Laprise ultimately suffered the first two losses of his career, dropping back-to-back contests against Francisco Trinaldo and Ross Pearson, but it wasn’t the defeats that had him reconsidering his future in the weight class; that happened when he missed weight prior to his bout with Thibault Gouti in Vancouver.

“I’ve always been right in the middle,” said Laprise. “If they ever made a 165-pound class, that would be even better for me, but right now, it’s going to be welterweight and I’m going to go in there and beat guys with skill.

“The biggest difference is right now – I’m one week out from weigh-ins and I’m 10 pounds off weight,” he said of the shift back to the 170-pound division. “I’m as fresh as I can be and you see when I put in a whole training camp that isn’t about cutting weight, but it’s about skills, I’m able to go in there and really let loose. I’m just chillin’ right now, eating full meals every day and my energy level is through the roof, so you’re going to see the best Chad Laprise come out.”

It’s easy to see why Laprise feels that way as he followed up his first-round finish of Gouti last summer with a third-round stoppage victory over Brian Camozzi back in July at UFC 213 which was his most complete and impressive UFC performance to date.

After battling the same “where do I fit?” questions that many of his contemporaries struggle with, Laprise has found a home at welterweight and a rhythm both in the gym and in the cage.

The technical prowess he’s always exhibited is now accompanied by strong cardio and a suffocating pace once the action begins, making “The Disciple” a handful to deal with on fight night and a fighter who has never been more confident in his abilities.

“Before that Gouti fight, I had some good performances in the UFC, but I didn’t finish anybody, right?” he asked rhetorically. “Now I’m coming off back-to-back knockouts and I’m pretty confident that I’m going to get a finish in this fight too, which will put me on a nice little streak and I’ll be ready for whoever is next.

“It’s going to be an awesome fight,” offered Laprise. “He’s going to come out, throw some crazy kicks and try to kick my head off, which is exactly what I’ve prepared for and (from there), you’re going to see my experience take over. The longer this fight goes, the worse it is for him.