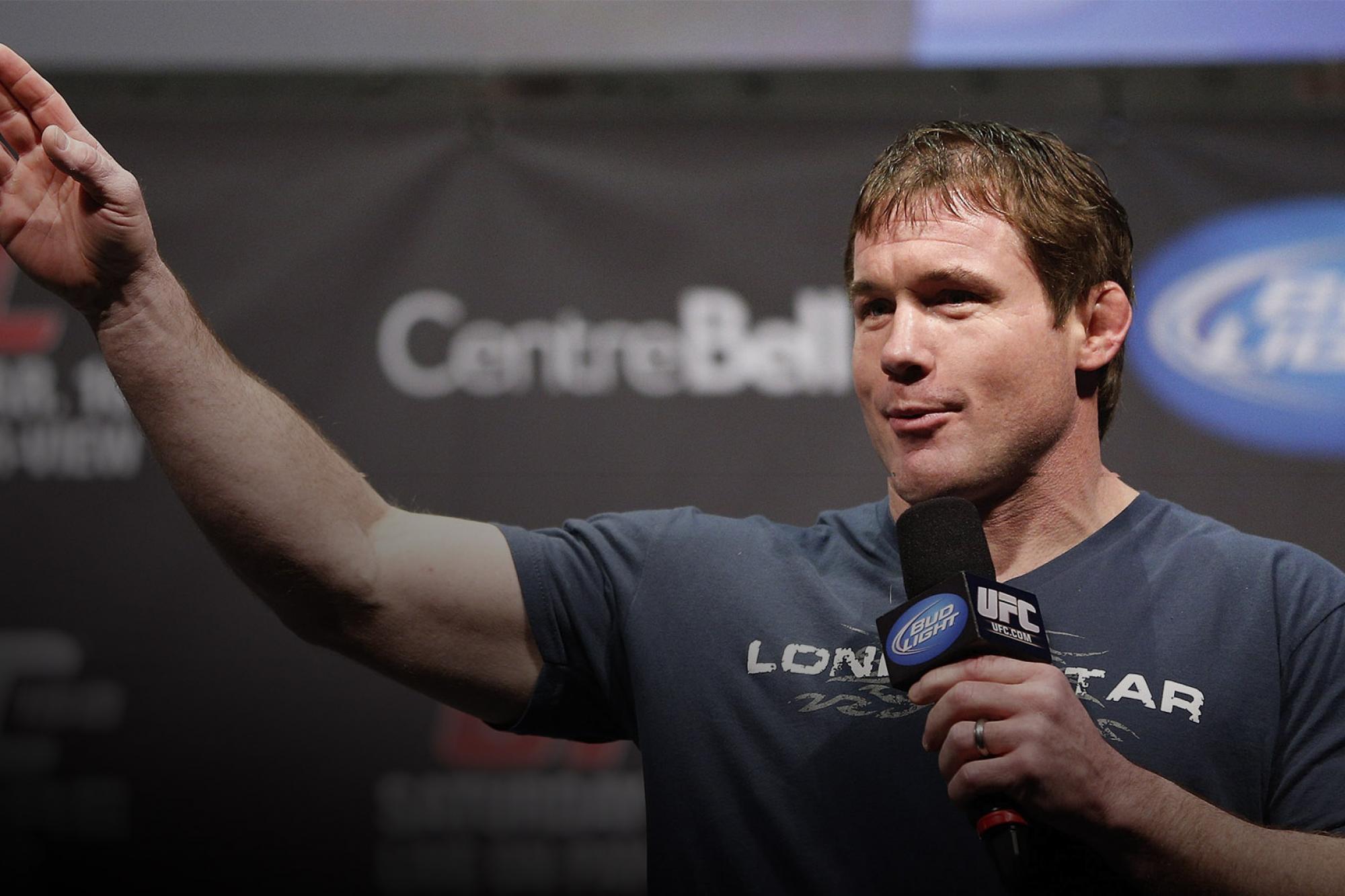 Take a look back at a historic event: UFC 36 in Las Vegas, featuring Josh Barnett vs. Randy Couture and Matt Hughes vs Hayato Sakurai
By Thomas Gerbasi, on Twitter: @TGerbasi • Mar. 22, 2020

Featuring a pair of championship bouts, a title changing hands, four UFC Hall of Famers and a flurry of finishes, 2002’s UFC 36 event on March 22, 2002 was a memorable one. Eighteen years later, we take a look back…

Though game from start to finish, the 38-year-old Couture just didn’t have the size to deal with Barnett. That’s not to say “The Natural” didn’t have his moments, though, because he did, especially in the first round, when he was able to get his opponent to the mat to work his ground-and-pound. In response, Barnett fired off strikes and submission attempts at the veteran, but Couture wouldn’t bite.

By the end of the round, Couture was cut over his right eye, but as the second started, he put on his hard hat and went back to work, getting another takedown. Soon, Barnett was able to reverse position, and once that happened, Barnett made sure that Couture wasn’t going to escape. A series of punches, elbows, and forearms finally put an end to the bout at the 4:32 mark, crowning a new king of the big men.

UFC welterweight champion Matt Hughes had better luck than Couture in his title defense against Japanese standout Hayato “Mach” Sakurai, as he successfully retained his crown for the first time via fourth round TKO.

A dynamic mixed martial artist with a varied attack, Sakurai saw his style nullified completely by the smothering wrestling attack of Hughes. Sakurai courageously battled throughout the fight with submission attempts and the occasional hard strike, but whenever Hughes got within range, what usually followed were a thunderous takedown and an array of ground strikes.

Finally, at 4:01 of the fourth round, referee John McCarthy had seen enough, and he stopped the one-sided bout.

After two heartbreaking losses to Couture with the UFC heavyweight title belt on the line, Pedro Rizzo got back in the win column with a third-round knockout of Belarus banger Andrei Arlovski.

Former welterweight boss Pat Miletich made the move to the 185-pound middleweight division to face former Olympic wrestler Matt Lindland, but that decision proved to be a mistake, as “The Law” took Miletich down and kept him there until a bunch of unanswered strikes prompted a stoppage by referee Larry Landless at 3:09 of the opening round.

Light heavyweight contender Evan Tanner continued on the road back to another title shot, stopping Australian standout Elvis Sinosic via cuts at the 2:06 mark of round one.

Unbeaten heavyweight prospect Frank Mir scored an impressive win over his toughest test to date, submitting veteran Pete Williams with a shoulder lock at 46 seconds of the first round.

Also garnering a win via tap out was New York’s own Matt Serra, who used a triangle choke to finish Kelly Dullanty at 2:58 of the opening frame.

In the opener, welterweight contender Sean Sherk kept his spot in line for a shot at Hughes’ title with a shutout three-round decision win over Jutaro Nakao.

Following UFC 36, Barnett would test positive for three anabolic agents. He was stripped of his title and was suspended for six months. He wouldn’t return to fight in the UFC until 2013.