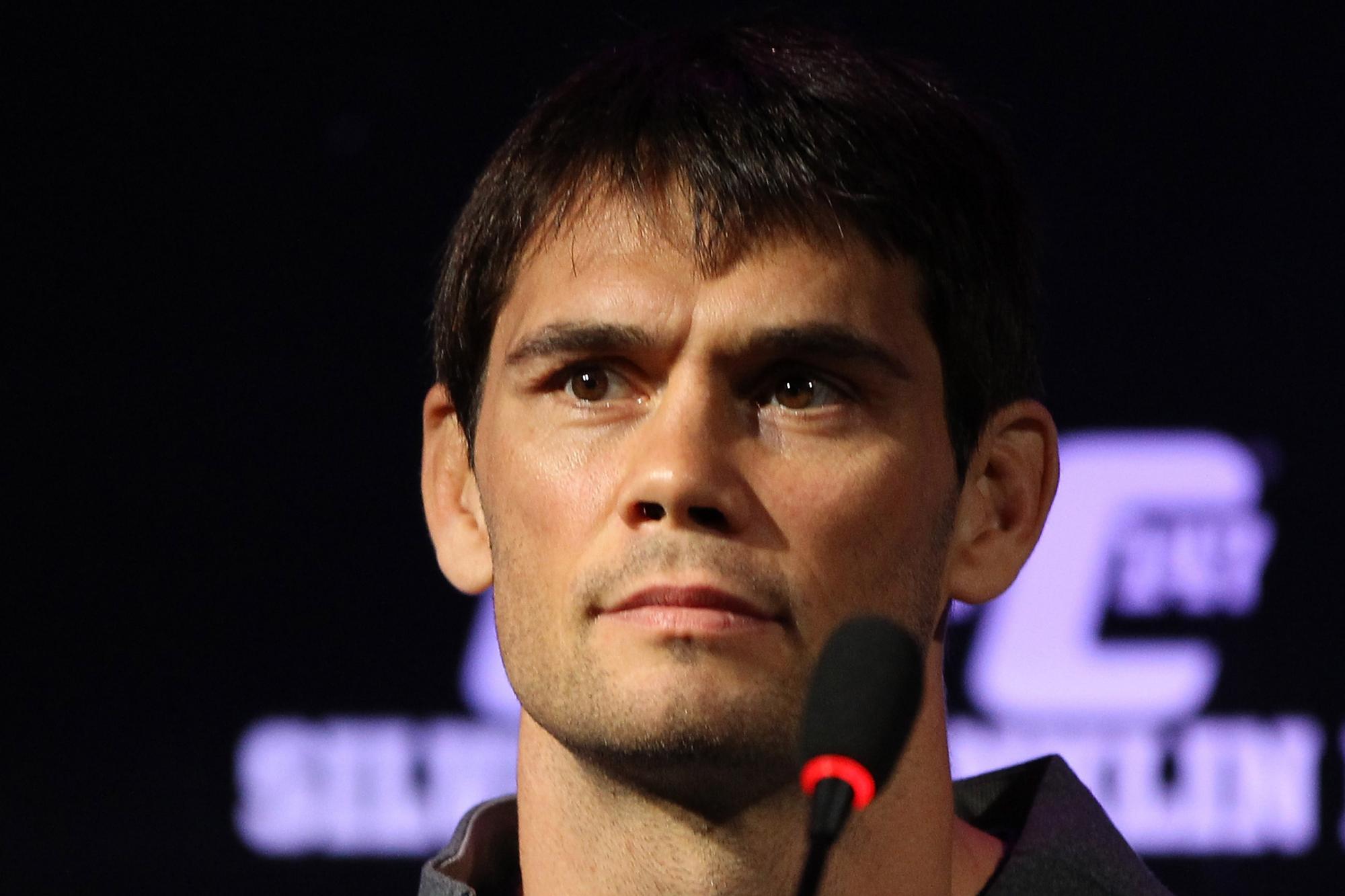 On This Day in UFC History: Franklin debuts in Miami

High school math teacher Rich Franklin wasn’t a newbie in the fight business when he got called to the UFC in 2003, but the Cincinnati product with the 11-0, 1 NC record got no easy touch in his Octagon debut, either, as he was matched up with future world champion Evan Tanner in a UFC 42 bout in Miami. The bout was a solid one, to say, the least, but the headlines went to another future Hall of Famer, as Matt Hughes defeated Sean Sherk in a main event that once again cemented the welterweight champ’s dominance at 170 pounds.

Here’s how it looked that night at American Airlines Arena…

Unbeaten in 20 pro fights, powerhouse Minnesota wrestler Sean Sherk was expected to be the stiffest test for powerhouse Illinois wrestler Matt Hughes in the main event of UFC 43 at the American Airlines Arena in Miami, but after 25 minutes, it was Hughes who still walked away with the UFC welterweight championship belt in his possession as he scored a five round unanimous decision to retain the title for the fourth time.

Almost mirror images of each other, Hughes and Sherk squared off, with Hughes nailing his first takedown. The champion pushed Sherk to the fence and stayed busy with his strikes. Midway through the round, Sherk was showing blood from over his right eye, but seconds later he was able to spring to his feet. He wasn’t upright long, as Hughes scored another takedown. Sherk threw strikes from the bottom position, but things weren’t looking good for the Minnesotan as Hughes focused on the cut and finished up a dominant round.

The second round was a virtual repeat of the first, with Hughes remaining in control. Sherk needed to begin to make a charge if he wanted to turn things around, and after being turned back on his first takedown attempt of the third stanza, he secured the second a minute in, and he quickly bulled Hughes to the fence. Sherk fired off strikes from the top, while Hughes almost locked up a kimura before “The Muscle Shark” powered free. Back on top, Sherk landed some shots, bloodying Hughes, but with a minute left referee John McCarthy restarted the action. That was fine with Sherk, who used an uppercut to set up another takedown.

As the championship rounds began, Sherk was back in the fight, but Hughes quickly diffused his opponent’s early charge for a takedown and guillotine choke with a takedown, and he kept him there, punishing his foe for nearly the entire five minute period.

Needing a finish to win, Sherk tried for a takedown to start round five, and after a long period against the fence, he finally got it. Sherk threw short punches at close range, but while points scoring, they weren’t doing enough damage. With two minutes left, McCarthy stood the fight up, and Hughes refused to get taken down again. Instead, it was Hughes who ended up on top on the mat, and ultimately in the fight.
WATCH ON UFC FIGHT PASS

In the co-feature, rising welterweight star Robbie Lawler suffered the first loss of his pro career as he was forced to submit due to injury in the second round against Pete Spratt.

The finish came at 2:28 of the second round, when a dislocated hip ended Lawler’s night.
WATCH ON UFC FIGHT PASS

Grappling ace Sean Alvarez had high hopes in his UFC debut, but they were dashed by Hawaiian brawler Wesley “Cabbage” Correira, who used an effective spawl and brawl strategy to wear his foe down and then finish him via TKO in round two.
WATCH ON UFC FIGHT PASS

Debutant Rich Franklin of Cincinnati was too strong for Evan Tanner in their light heavyweight bout, as he avoided a grappling match with the veteran and instead teed off with accurate strikes that eventually ended the bout via knockout at 2:40 of the first round.
WATCH ON UFC FIGHT PASS