Look back at this day in UFC history to an epic event that featured legend Georges St-Pierre vs. Dan Hardy
By Thomas Gerbasi, on Twitter: @TGerbasi • Mar. 27, 2020

Dan Hardy gave it his all when he became the first British fighter to compete for a UFC title, but on March 27, 2010, it may be safe to assume that no one, past or present, was going to beat Georges St-Pierre.

GSP was that good and that dominant at that point in his second reign as welterweight champion. In the three fights after his rematch with Matt Serra in 2008, he defeated Jon Fitch, BJ Penn and Thiago Alves, not losing a round, let alone a fight. Hardy had gone four for four to start his Octagon career, but in Newark, New Jersey’s Prudential Center, he ran into a fighter at the top of his game.

Here’s how we called it that night.

After a gutsy effort by Dan Hardy, England may still belong to him, but Georges St-Pierre had the rest of the world wrapped up as he defended his UFC welterweight championship for the fourth time with a shutout five round decision win.

St-Pierre was all business, taking the Nottingham native to the canvas moments into the bout. St-Pierre quickly moved to side control, then took Hardy’s back as he tried to escape. Hardy was able to elude trouble on the mat, but as he escaped and got to his feet, St-Pierre made it a brief respite as he took ‘The Outlaw’ back down. With 1:30 left, St-Pierre got into the mount position before again taking Hardy’s back. A late armbar attempt by the champion appeared to spell the end, but the challenger gamely got free.

After his first-round dominance, St-Pierre went back to what was already working in round two, taking Hardy down one minute into the second stanza and keeping him on the mat for much of the round.

St-Pierre grounded Hardy again in round three, this time posturing up to add some more muscle to his strikes. Hardy, not surprisingly, remained game – even trying to grab the Canadian’s arm for a submission attempt - but his odds of pulling off the upset victory were dwindling with each punch. With 90 seconds left, St-Pierre started working for the finish, but he was unable to break his foe. 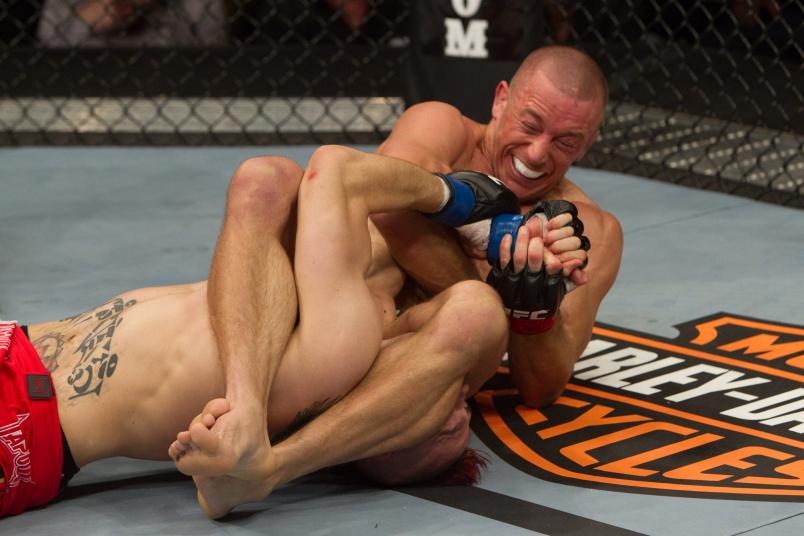 Barely breathing heavy, St-Pierre ran through the championship rounds with more takedowns and ground work. Hardy’s attempts to get back to his feet were rebuffed, but he wouldn’t give in, even after a tight kimura attempt by St-Pierre that should have ended matters. It was a small battle won for Hardy, who, though lasting the distance, was simply unable to deal with the ground attack of St-Pierre.

At UFC 111, Shane Carwin was extended past the two minute, 11 second mark for the first time in his career, but there was no fade, no sudden implosion, only more of the same from the Colorado giant as he earned the interim UFC heavyweight championship with a first round knockout of Frank Mir.

“It’s a lifetime of work right here, I’m speechless,” said Carwin. The victory now set up a bout with current heavyweight boss Brock Lesnar, whose bout with diverticulitis forced the creation of the interim title. 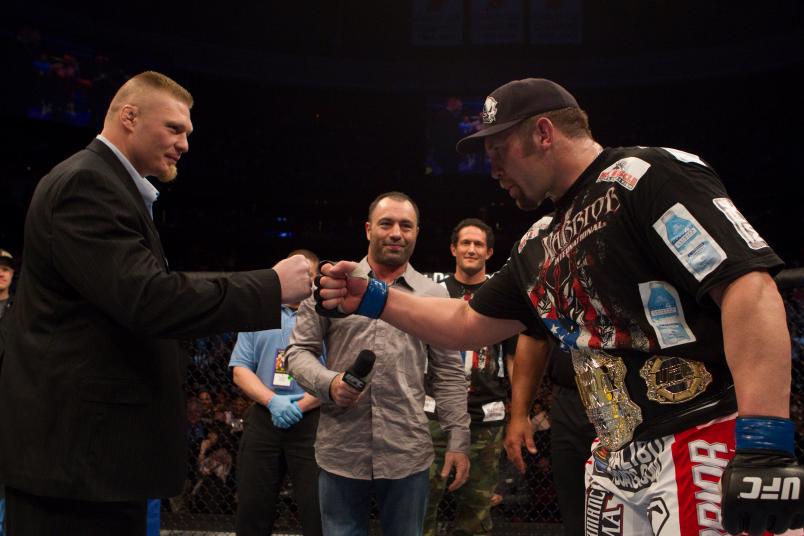 Jersey shore standout Kurt Pellegrino continued his rise up the lightweight ranks as he rebounded from some dicey moments in the first round to submit Brazil’s Fabricio Camoes in the second.

When Thiago Alves was forced to withdraw from his welterweight bout against Jon Fitch, his American Top Team teammate Ben Saunders eagerly requested the bout. He may be rethinking that gutsy call after being on the short end of a dominant three round decision win by Fitch.

Whippany, New Jersey lightweight Jim Miller was victorious in the main card opener as he eked out a three round unanimous decision win over always tough Mark Bocek. 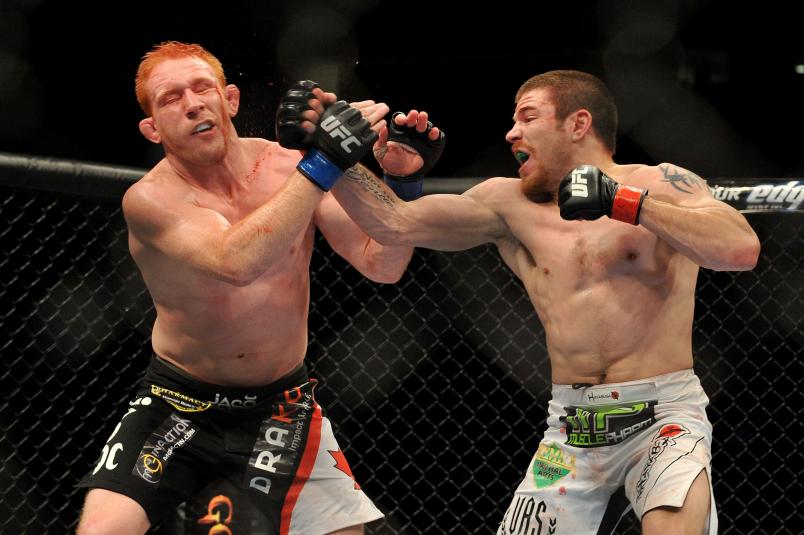 NEWARK, NJ - MARCH 27: UFC fighter Jim Miller (R) battles Mark Bocek (L) during their Lightweight bout at UFC 111 at the Prudential Center on March 27, 2010 in Newark, New Jersey. Miller won by Unanimous Decision at 5:00 of the 3rd round. (Photo by Jon Kopaloff/Zuffa, LLC via Getty Images)

When Rory Markham tipped the scales at 177 pounds for his welterweight bout with Nate Diaz, who was making his debut in the division, it was assumed that the former lightweight was going to have some difficulty dealing with the strength and power of the veteran knockout artist. But it was Diaz laying the hurt down on Markham as he scored a first round TKO win.

Ricardo Almeida’s welterweight debut was a successful one, as the former middleweight contender thrilled the fans in his adopted home of New Jersey with a second-round submission of Matt Brown.

Brazilian middleweight Rousimar Palhares scored a huge win in his preliminary bout, impressively submitting Tomasz Drwal with a heel hook in less than a minute.

In the opener, Matthew Riddle got the victory over Point Pleasant, New Jersey’s Greg Soto via third round disqualification after Soto landed an illegal upkick.