Saturday’s fight card features a tetra-pack of talents looking to take another step forward in their respective careers. Here’s a closer look at those three competitors.
By E. Spencer Kyte • May. 27, 2019

June is one of those months where fight fans are going to be treated to four UFC events, but still score a weekend off in the middle, thanks to the first of the month falling on a Saturday.

That single-week respite in the middle of the month is going to be crucial “see your family” time too because when the action picks up again, it kicks off a run of nine consecutive Saturdays featuring action inside the Octagon, a stretch that wraps with Cormier vs. Miocic II at UFC 241 in Anaheim.

Before getting to that off-week and into the smorgasbord of fighting goodness that follows, the early June two-pack of events this week and next begins with a return to Stockholm, Sweden for the first time in two years for a card at the Ericsson Globe that wraps with three straight crucial contests in the light heavyweight division, capped by a headlining assignment for hometown star Alexander Gustafsson.

Prior to “The Mauler” and Anthony “Lionheart” Smith sharing the cage in a battle between the last two men to challenge Jon Jones for the UFC light heavyweight title, a talented mix of veterans and upstarts will enter the Octagon in hopes of using this card as a chance to register a win and head into the second half of 2019 with a little momentum.

Included in that collection are a returning lightweight with a handful of quality wins, an unbeaten newcomer taking a major step up in competition and a light heavyweight to look out for in the future facing the toughest test of his career.

This is the UFC Stockholm edition of On the Rise. 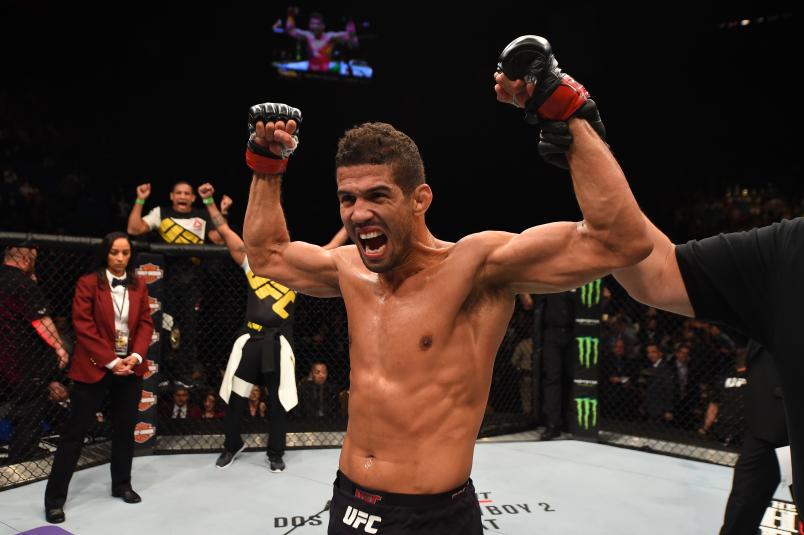 LAS VEGAS, NV - DECEMBER 12: Leonardo Santos of Brazil reacts to his victory over Kevin Lee in their lightweight bout during the UFC 194 event inside MGM Grand Garden Arena on December 12, 2015 in Las Vegas, Nevada. (Photo by Josh Hedges/Zuffa LLC/Zuffa L

The 39-year-old Santos feels like the Keyser Söze of the UFC lightweight division. One minute, he’s finishing Anthony Rocco Martin and Kevin Lee in back-to-back fights before following it up 10 months later with a victory over Adriano Martins and then poof — just like that, he’s gone.

The decorated Brazilian jiu-jitsu competitor has been attached to fights each of the last two years, but both were scuttled by injuries, resulting in the Nova Uniao product spending an inordinate amount of time away from the cage for someone who is undefeated in six Octagon appearances.

Saturday in Stockholm, Santos ends his two-year, seven-month and 23-day layoff with a matchup against rugged Scottish veteran Stevie Ray, who returns after picking up a win over Jessin Ayari in October.

It’s impossible to know what to expect from Santos, who has shown improvements in his striking since winning the welterweight competition on Season 2 of The Ultimate Fighter Brazil and brandishes truly world-class skills on the canvas. If the time away doesn’t prove to be too much of a hindrance and this is a full-time return to action, the already deep lightweight ranks could have an intriguing returning name to watch out for over the final six months of the year. 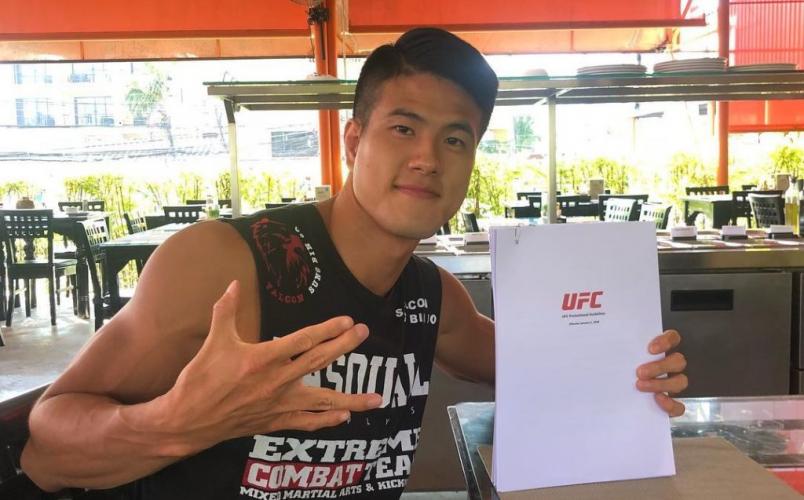 There is a new entrant in the “Best Nicknames in MMA” competition and it’s the featherweight newcomer, who goes by the moniker “Korean Falcon.”

Maybe I’m too wrapped up in Avengers and Sam Wilson, but there is just something regal and proud and iconic sounding about the 26-year-old’s nickname that makes it stand out.

In terms of his talents inside the cage, the reality is that it’s very difficult to know what Jo brings to the table because while he’s a perfect 9-0 in his career, he has yet to face UFC-caliber opposition. To his credit, the South Korean’s last two opponents — Jun Young Hong and Yoshifumi Nakamura — were 7-4 and 20-9-1, respectively, at the time they fought and Jo defeated each inside the distance, so he’s continued to excel even as he’s started facing better competition.

Which is what makes his matchup with Daniel Teymur this weekend in Stockholm so interesting.

“Kid Dynamite” was 6-0 before arriving in the UFC, but has caught three straight losses since joining his brother David on the biggest stage in the sport. He’s an aggressive, powerful striker who is sure to push Jo, especially considering he’s fighting at home and his back is against the wall, so if the unbeaten new arrival can keep his unblemished record intact, it will go a long way to establishing a baseline for where he fits in the loaded featherweight division going forward. 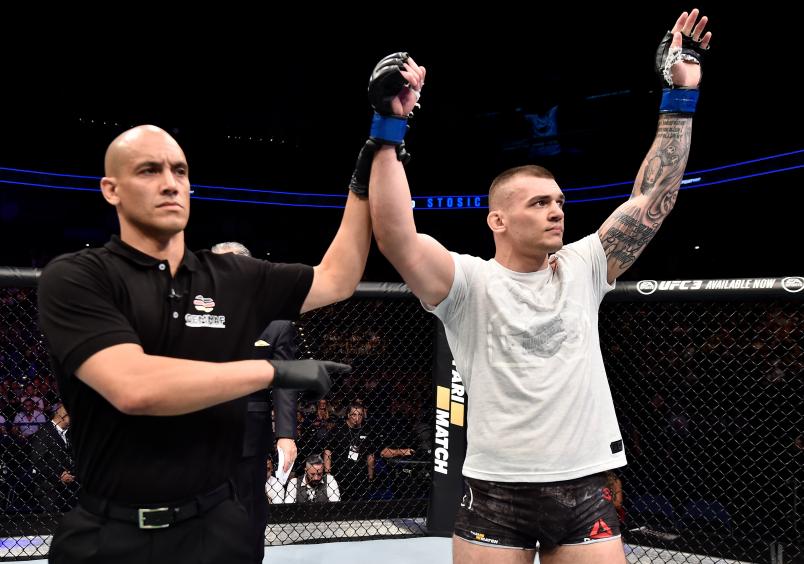 HAMBURG, GERMANY - JULY 22: Darko Stosic of Serbia celebrates after his TKO victory over Jeremy Kimball in their light heavyweight bout during the UFC Fight Night at Barclaycard Arena on July 22, 2018 in Hamburg, Germany. (Photo by Jeff Bottari/Zuffa LLC/

This really feels like it might be your last opportunity to get in on the ground floor with Stosic and I didn’t want for you to miss out because I didn’t include him here simply because I mentioned him in advance of his debut win over Jeremy Kimball last summer in Hamburg.

So pay attention to 27-year-old Serbian because if he does to Devin Clark what he did to Kimball, he’s going to become the European version of Johnny Walker, minus the Cheshire cat grin and post-fight breakdancing.

Stosic is an absolute unit — a six-foot tall former heavyweight judoka with surprising speed and athleticism for someone built so powerfully. He showed tremendous patience and poise in his debut against Kimball, waiting for an opening to present itself before flooring the American veteran and finishing him with a quick flurry of clubbing blows on the ground.

Clark is an outstanding litmus test for the Mirko Cro Cop protégé, as he has a little more top end experience, solid wrestling chops and a proven ability to work at a good clip without getting tired. He’s the kind of competitor Stosic needs to beat in order to advance to the next tier of competition in the 205-pound weight class and if he does so in impressive fashion this weekend, don’t be surprised if people are talking about the surging Serbian as one to watch in the light heavyweight division in the coming years.