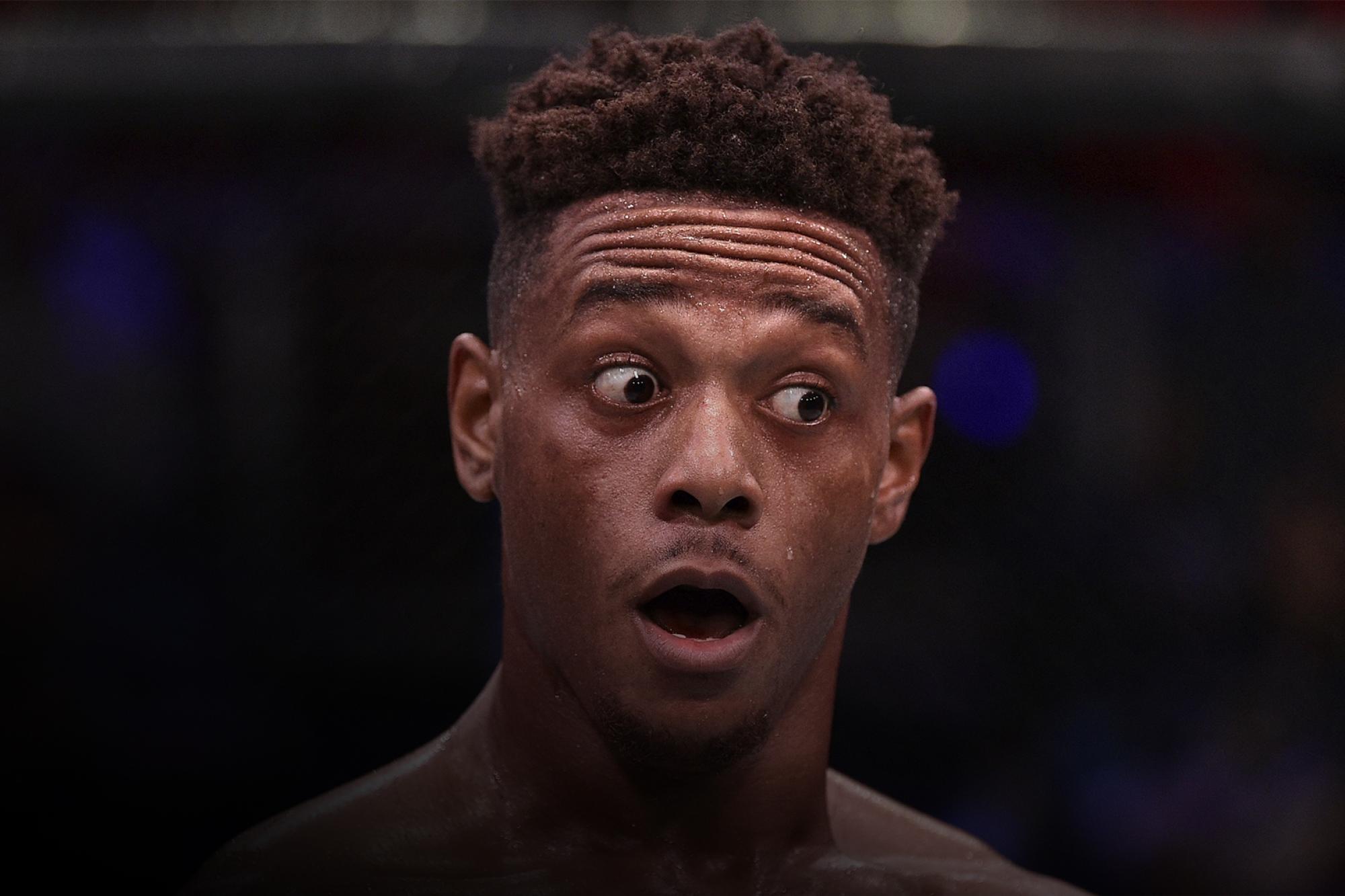 On the Rise: UFC Raleigh Edition

This is the UFC Raleigh edition of Fighters on the Rise.
By E. Spencer Kyte, on Twitter @SpencerKyte • Jan. 19, 2020

For the second time in three years, the Octagon will touch down in the great state of North Carolina this weekend as the UFC arrives in Raleigh for the first time with a card featuring an intoxicating mix of veteran contenders and emerging talents.

While it’s the familiar names on the marquee that are going to generate the most casual interest, those looking for up-and-coming competitors to follow as they begin their UFC journeys have an assortment of fighters to choose from this weekend.

We’ve taken the liberty of spotlighting three such athletes set to make their debuts this weekend at PNC Arena.

This is the UFC Raleigh edition of Fighters on the Rise.

The first of this weekend’s trio of Contender Series graduates, Hill was initially slated to make his promotional debut at the end of August in Shenzhen, China, but that bout didn’t come off. Hill won’t need his passport for this one, though, as the Grand Rapids, Michigan product is simply heading down the Atlantic coast for a date with Darko Stosic in Raleigh.

Hill carried a 5-0 mark into his appearance the UFC Apex last summer and secured a contract with an impressive second-round stoppage win over Alexander Poppeck. Before venturing to Las Vegas, the 28-year-old light heavyweight posted a unanimous decision win over fellow Michigan native Dequan Townsend, who had scored a short-notice call-up to the Octagon a few weeks earlier.

Boasting good height and a quality reach for the 205-pound ranks, Hill is still a little raw inside the cage, but has shown the kind of talent and natural gifts that make it easy to forecast him having a promising future in the UFC. Stosic represents a quality initial test for the newcomer, as the hulking Serbian judoka and Mirko Cro Cop protege has already made a trio of trips into the Octagon and has twice as much experience as Hill overall.

If he can successfully navigate his first foray into the Octagon and add to his unbeaten record in impressive fashion, this won’t be the last time you hear people talking up Hill’s potential in 2020.

More: Hill Aims To Be The Greatest

Folks that pay attention to the top regional promotions in the sport were already familiar with Gravely before he turned up on Week 8 of the Contender Series last summer, as the Virginia-based fighter had crafted a 18-5 mark fighting quality competition in some of the best organizations around, winning titles under both the King of the Cage and CES banners. Though he suffered a handful of losses along the way, each of those setbacks came against promising talents, including eventual UFC competitors Manny Bermudez and Merab Dvalishvili, as well as promising upstarts Ricky Bandejas and Patrick “Patchy” Mix.

In August, Gravely introduced himself to the rest of the world — and more importantly, UFC President Dana White — with a relentless third-round stoppage win over fellow regional vet Ray Rodriguez. The effort earned the 28-year-old a ticket to the UFC and this weekend, he debuts a little more than 200 miles south of home in Raleigh with a chance to make an immediate impact in the bantamweight division as he squares off with former Cage Warriors and Titan FC champ Brett Johns.

Simply identifying Gravely as a grinder would be a disservice to the promotional newcomer, though he does operate at a high pace and is happy to wear opponents out with takedowns and tight control. Additionally, after beginning his career with eight decisions in his first dozen wins, Gravely has earned stoppage victories in seven straight by various methods. He’s developed into an all-around threat with tremendous conditioning and has a real opportunity to make a splash in the loaded 135-pound weight class right away.

Johns missed all of 2019 after suffering a knee injury early in the year and enters Saturday’s contest on a two-fight slide, but those bouts came against Top 10 fixtures Aljamain Sterling and Pedro Munhoz and, before that, “The Pikey” had put together a pristine 15-0 record that included three straight wins inside the Octagon. His extended absence may have prompted some people to forget about him a little, but make no mistake about it, Johns is a Top 15 talent and a serious test for anyone in the division.

Not only would a victory this weekend extend Gravely’s winning streak to eight, but it would also put him on the brink of breaking into the rankings after just a single UFC appearance and put him in a position to potentially land some even bigger opportunities later this year.

The younger brother of surging welterweight Gilbert Burns, the 31-year-old Brazilian locked up a UFC contract with a slick first-round submission win over Darrick Minner on Week 7 of the Contender Series last summer. It was his third straight victory overall and came just four days before his big brother earned a short-notice unanimous decision win over the previously unbeaten Alexey Kunchenko in Montevideo, Uruguay.

Now the South Florida-based featherweight looks to join his brother in making a run at contention as he begins his own UFC adventure in a battle of newcomers opposite Nate Landwehr on Saturday.

Burns has rebounded nicely after suffering back-to-back losses in 2017 and enduring more than a year off before returning to action at the end of 2018. He’s earned finishes in each of his last three outings, venturing beyond the first round once and avoiding the final stanza entirely. The younger Burns is more methodical and tactical in his approach than his brother, but he’s no less effective, especially once he gets the fight to the ground.

Landwehr is in a comparable position as Burns, making his UFC debut at age 31 and doing so with a fair amount of buzz behind him after an impressive five-fight run under the M-1 Challenge banner, where he captured and successfully defended the featherweight title, extending his winning streak to seven in the process.

Should Burns pass this initial tough test, it wouldn’t be surprising to see him get shuffled into the fast lane towards contention in the talent-rich 145-pound ranks.