On the Rise: UFC DC Edition

Find out which fighters are trending ahead of UFC DC
By E. Spencer Kyte, on Twitter @SpencerKyte • Dec. 2, 2019

With Thanksgiving in the rearview mirror and action returning to the Octagon this weekend, it’s once again time to take a look at the emerging talents set to step into the cage Saturday night at Capital One Arena in Washington, D.C..

On a fight card flush with crucial bouts in a number of divisions, a trio of newcomers set to make their promotional debuts look to make the UFC’s return to the nation’s capital a jump-off point for big things in 2020.

Here’s a look at those Contender Series graduates set to make the walk to the Octagon for the first time on Saturday.

This is the Washington D.C. Edition of Fighters on the Rise. 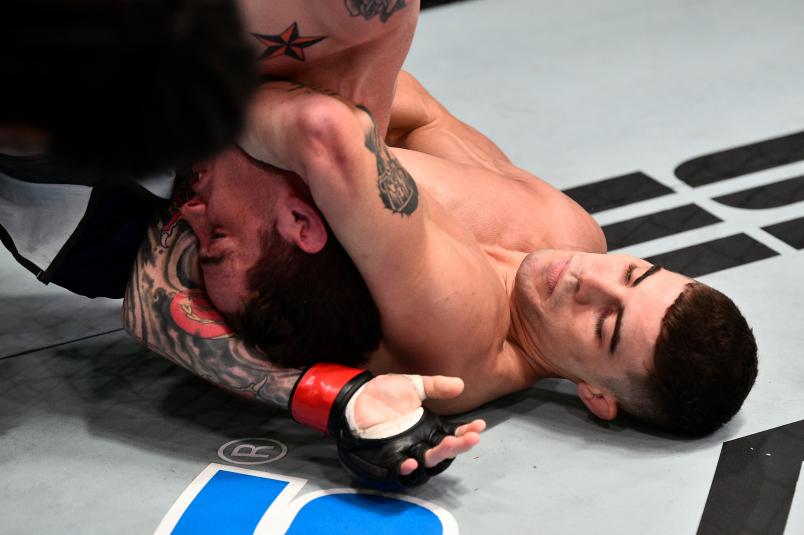 Joe Solecki secures a guillotine choke against James Wallace in their lightweight bout during Dana White's Contender Series at the UFC Apex on July 9, 2019 in Las Vegas, Nevada. (Photo by Chris Unger/DWCS LLC)

Solecki delivered one of the most impressive performances of the summer on the Contender Series, collecting a first-round submission win over Jesse James Wallace to extend his winning streak to three. The 26-year-old New Jersey native, who trains in North Carolina, has earned finishes in seven of his eight career wins and has the opportunity to make a splash in his UFC debut when he squares off with veteran Matt Wiman.

This matchup is one that highlights the shifting dynamics of the UFC roster, as Solecki is 10 years Wiman’s junior and was 12 years old when the man he’ll face this coming weekend stepped into the Octagon for the first time against Spencer Fisher.

In a division as flush with talent as lightweight, these types of opportunities are critical for young fighters like Solecki. He’s shown promise on his way up to the UFC, with his only two losses coming against quality opposition, but business is about to pick up on Saturday. Wiman has as many UFC wins as Solecki has professional appearances and a win by the newcomer over the 36-year-old veteran would instantly cement his place on the roster and set him up for greater opportunities next year. 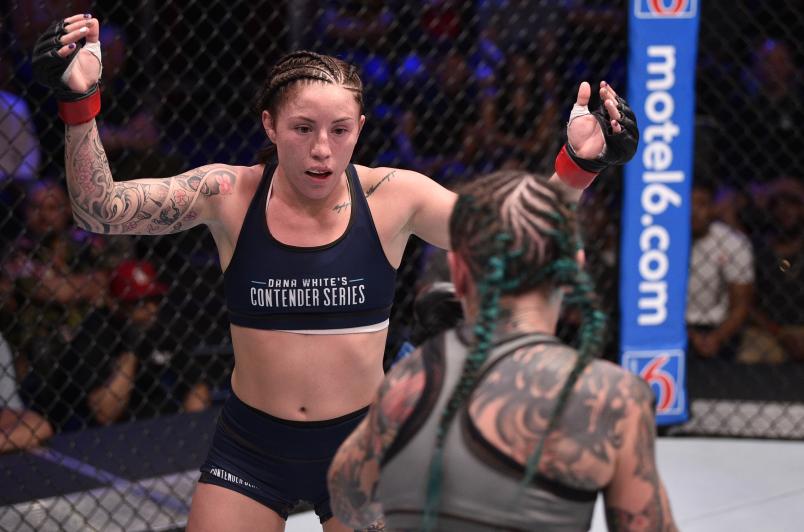 The 25-year-old Martin pushed her winning streak to four with a unanimous decision win over Micol De Segni on Week 9 of the Contender Series, but came away without a contract. Three months later, she was back in the cage, posting a fifth straight victory and now she’s been tabbed to replace Cortney Casey in a showdown with former Invicta FC titleholder Virna Jandiroba on Saturday.

Martin, who is a brown belt in Brazilian jiu-jitsu, has been on a steady roll since losing back-to-back contests to Sunna Davidsdottir and Maycee Barber in 2017. She has excellent top control and pressures opponents into accepting one of two unfavorable options: either give up your back and get submitted or defend and catch these hands.

Strawweight has been in serious flux this past year, with the title changing hands on two different occasions and a handful of new contenders working their way into the Top 15, creating an opportunity for fighters like Martin to have an immediate impact in the division. Although Jandiroba dropped her UFC debut in April, the Brazilian is 14-1 overall with victories over Janiasa Morandin, Mizuki, and Amy Montenegro, amongst others, and represents a significant step up in competition for the American newcomer.

While it won’t vault her into the rankings, a victory on Saturday would extend her winning streak to six and establish Martin as one of the top up-and-comers to track in the division going forward, putting her in prime position to make a move up the division ladder in 2020. 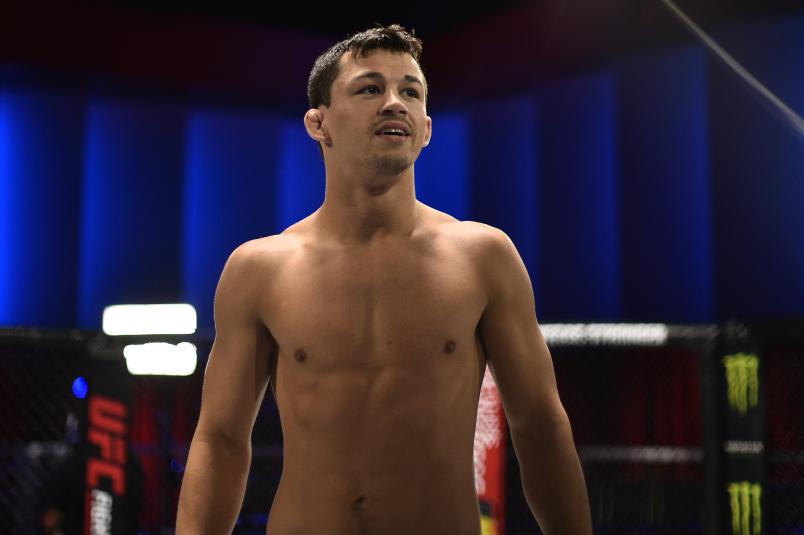 Billy Quarantillo warms up prior to his bout during the Dana White's Contender Series at the UFC Apex on July 23, 2019 in Las Vegas, Nevada. (Photo by Chris Unger/Zuffa LLC)

Another Contender Series graduate set to compete on Saturday is also the most experienced.

Quarantillo started his career in 2013 and shared the cage with veterans JP Reese and Khama Worthy before landing in Las Vegas on the cast of Season 22 of The Ultimate Fighter, beating Brandon Ricetti to secure a place on Team Faber before losing to Saul Rogers in the elimination round. Since then, the 30-year-old New Yorker has gone 6-1, including his impressive third-round stoppage win over Kamuela Kirk this summer at the UFC Apex.

While fighters like Solecki and Martin are long-term prospects with upside, Quarantillo is more seasoned and further along in his career, which puts him in a different position heading into his promotional debut. Where his fellow Contender Series alums have a handful of fights and a couple years to establish their footing and settle in, “Billy Q” has the potential to roll in and start wrecking shop right out of the gate, as he’s already been through some tough scraps and knows the strengths and weaknesses of his game.

Though he does the majority of his training at Gracie Tampa South Martial Arts, the Buffalo-born featherweight wrapped up camp alongside Matt “The Steamrolla” Frevola, working with the Serra-Longo Fight Team in Long Island. Carrying a five-fight winning streak into his debut on Saturday, a fifth straight finish could thrust Quarantillo into the fast lane in the 145-pound weight class.