On the Rise: May 13 Edition

Take a look at three fighters who have an opportunity to make impressions this week at UFC Jacksonville
By E. Spencer Kyte • May. 10, 2020

For the first time since July 13, 2016, the UFC will bring action into the Octagon in the middle of the week, as 11 pairs of combatants will make the walk to the cage on Wednesday evening at VyStar Veterans Memorial Arena in Jacksonville, Florida.

The second in the trio of fight cards being delivered in the span of eight days, this mid-week special is headlined by a tantalizing light heavyweight bout between former title challengers Anthony Smith and Glover Teixeira, and is supported by a collection of ultra-competitive matchups across a wide array of weight classes.

As with every fight card, Wednesday’s offering includes a number of athletes looking to use this opportunity to take the next step forward in their careers and make an impression on the masses who have been clamoring to see some fights for the last several weeks.

A 31-year-old veteran making his 15th appearance in the Octagon probably isn’t the first person you think of when you come to this series each week, but there is no way to put together a piece on those climbing the ranks with an opportunity to shine on Wednesday night without including Dober.

After managing just a single victory in his first five UFC appearances, the Elevation Fight Team member has been on a pretty solid run over the last four years and counting, amassing a 7-2 record, but it’s his last two efforts that have finally started to garner Dober some meaningful attention.

Last June, the Nebraska native needed just 67 seconds to dispatch Marco Polo Reyes in Minnesota, getting himself back in the win column after a submission loss to Beneil Dariush three months earlier. That effort led to a bout with Nasrat Haqparast at the start of this year where Dober collected a second straight rapid finish, putting away the highly regarded prospect just 70 seconds into their UFC 246 encounter in Las Vegas.

A talented striker with excellent conditioning, Dober is one of those guys who spent the first couple years of his UFC tenure grinding away in the middle of the deepest division in the sport and has now found a rhythm. Maybe it’s taken a little longer than some are used to or anticipated, or he’s exceeded expectations entirely, but whatever the case, Dober is starting to make some real progress in the lightweight ranks, and this weekend’s pairing with Alexander Hernandez is a chance to take his career to another level. 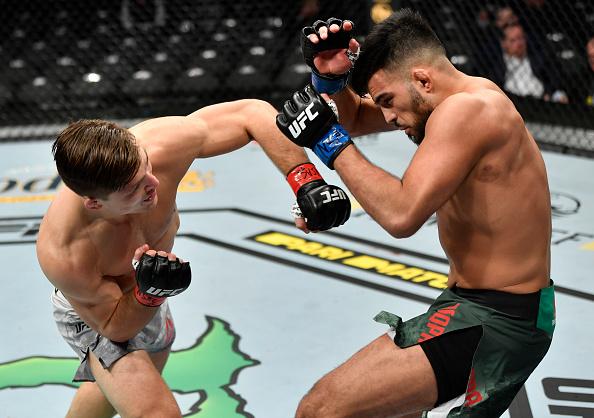 Though he’s making his UFC debut this weekend, Lins is someone who has been on the radar of serious fight fans for a number of years, first gaining prominence as an emerging light heavyweight prospect before spending time in both Bellator and the Professional Fighters League, where he shifted to the heavyweight division and finished his 2018 campaign by defeating former UFC competitor Josh Copeland to win the company’s inaugural heavyweight season.

Now the 34-year-old Brazilian makes the move to the Octagon, where he’s slated to square off with the division’s longest tenured representative, former champ Andrei Arlovski, in a bout that will provide an immediate understanding of where the newcomer fits in.

Entering on a four-fight winning streak, Lins is a proven finisher, having earned 12 of his 14 career wins by stoppage, with two thirds of those coming by way of strikes. Injuries have slowed his career since he popped up on the prospect radar and kept him out of the cage for all of 2019, but Lins looked like a natural fit at heavyweight during his four-fight run under the PFL banner, which also included stoppage wins over former UFC competitors Alex Nicholson and Jared Rosholt in addition to his tournament finale victory over Copeland.

The 41-year-old Arlovski has struggled to find much success over the last couple years but remains a dangerous litmus test for any new addition to the heavyweight ranks. Seasoned and savvy, the former champion has continued to adapt his style, mixing in more wrestling and clinch work to go with his top-level striking.

While a win over Arlovski won’t vault Lins into the thick of the title chase, it would serve as a higher than normal baseline for a new arrival to the division and position him to potentially make an expedited ascent in the heavyweight ranks.

A graduate of the Contender Series, Azure followed up his contract-winning effort with a trip to Vancouver last fall where he knocked off former Ultimate Fighter winner Brad Katona in his home country to register his first UFC victory and push his record to 8-0 overall. The 28-year-old wrestler has actually never tasted defeat inside the cage, having posted a 7-0 mark as an amateur before transitioning to the pros, and he looks to maintain his unblemished record on Wednesday when he squares off with East Coast veteran Brian “Boom” Kelleher.

One of several Phoenix-based fighters to follow coach Eddie Cha to the Fight Ready squad, Azure brings a relentless pace and suffocating pressure with him each and every time he steps into the cage. It was that dogged determination that impressed Dana White last summer and helped him best Katona last September on Canada’s West Coast.

With his debut in the rear view, the 28-year-old gets the opportunity to take a considerable step forward this week when he squares off with Kelleher, who halted a two-fight slide by spoiling the debut of another Contender Series graduate, Ode Osbourne, earlier this year. The Long Island native is easily the most experienced and explosive opponent Azure has faced to date and will serve as a stern test for the emerging, undefeated talent.

But the UFC sophomore radiates readiness and profiles as the kind of quiet, blue-collared competitor who could rattle off a string of victories that carries him into the thick of the chase over the next 18 months. This week’s fight with Kelleher will be another strong test of that potential and another win could place Azure in the fast lane towards contention. 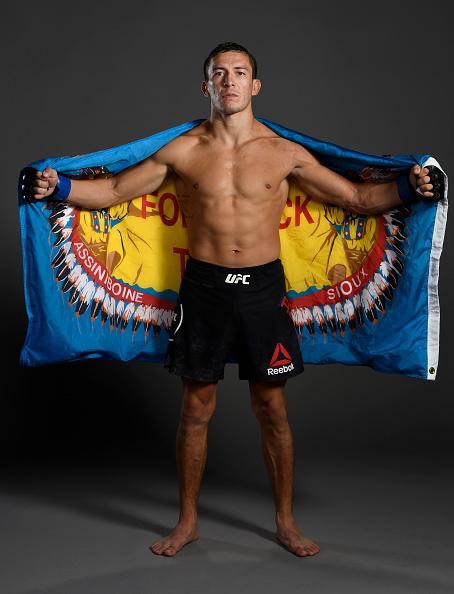