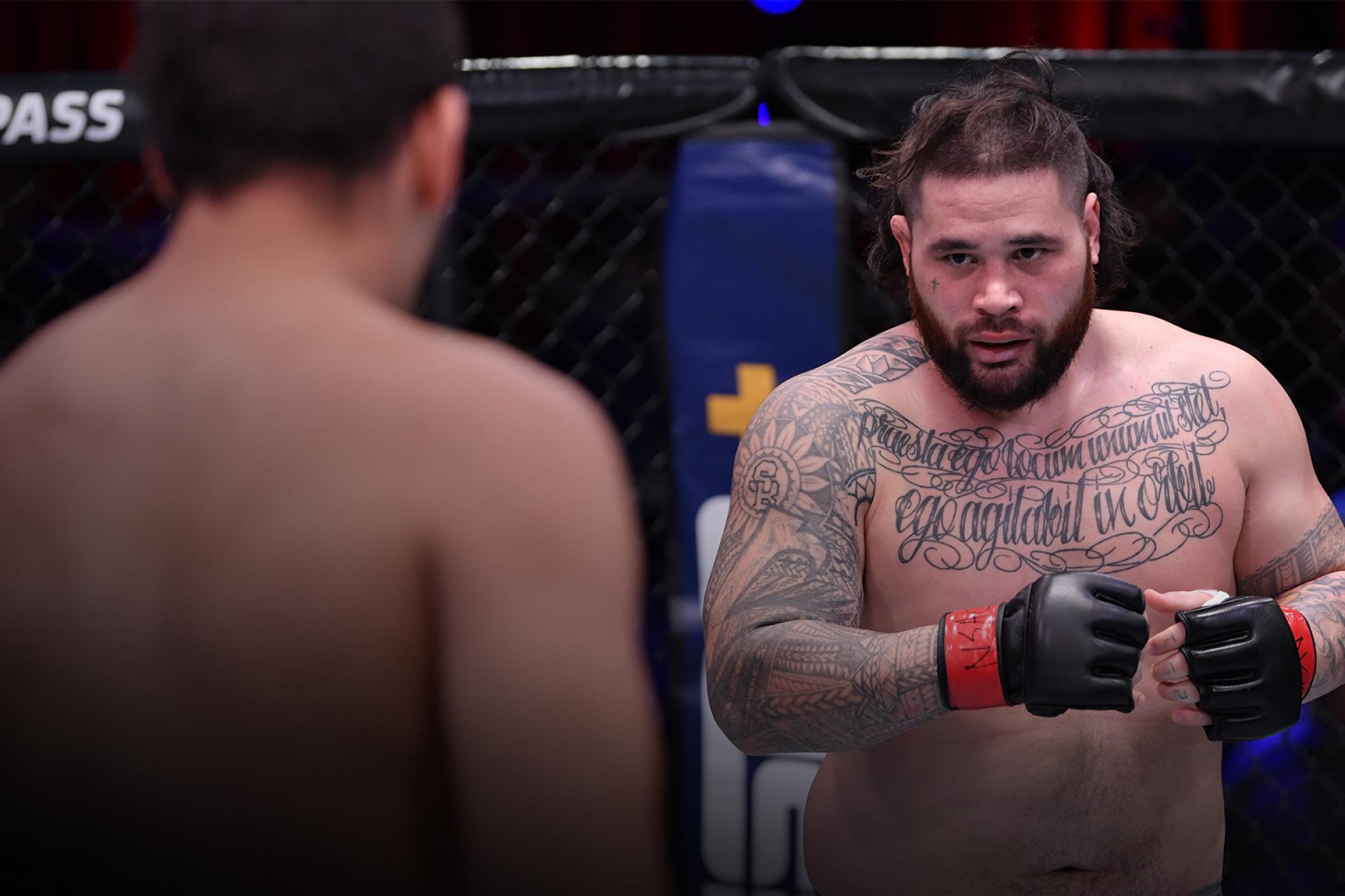 On the Rise: Boston Edition

The fact that this card is scheduled to take place just four days after Canadian Thanksgiving feels apt to me because much like the beloved holiday meal, the best part isn’t the main course or the main event, but rather the side dishes and secondary fights that make up the undercard at TD Garden Arena.

The light heavyweight main event between Dominick Reyes and former middleweight champion Chris Weidman is as compelling as can be and, just like a perfectly prepared turkey, sure to be tremendous, but there are too many other appetizing contests on this card to simply lock in on the headliners and overlook everything else.

From the flyweight showdown between Maycee Barber and Gillian Robertson to the middleweight grudge match featuring Deron Winn and Darren Stewart, this card has a lot of emerging talent to be excited about, including an unbeaten prospect and two Contender Series alums set to make their respective debuts on Friday.

This the UFC Boston edition of On the Rise.

Sosoli has been on the periphery of the UFC heavyweight division for a couple years, but is just now getting the opportunity to make his official Octagon debut in Boston.

A competitor on Season 28 of The Ultimate Fighter, the 29-year-old lost to eventual tournament winner Juan Espino in the opening round. Then, after earning a victory in March, Sosoli was lined up to compete on Season 3 of the Contender Series against unbeaten Canadian hopeful Dustin Joynson, but two minutes into the bout, the fight was halted following an accidental eye poke.

Following the bout, UFC President Dana White promised to figure something out for Sosoli and now he gets the chance to make an instant impression by stepping into the cage opposite Greg Hardy on the main card of Friday’s event. While still early in his transition to mixed martial arts following a professional football career, Hardy has shown steady progress as a fighter, securing an impressive first-round stoppage win over Juan Adams last time out.

If the powerful Australian can walk into the Octagon and dispatch Hardy in impressive fashion, he’ll instantly become an intriguing new addition to the heavyweight ranks, setting himself up for even greater opportunities in 2020.

A former teammate and training partner of rising lightweight contender Paul Felder, Brady is one of those fighters that have been making slow and steady progress on his way to the Octagon for a number of years.

He turned pro in 2014 following a 4-0 run as an amateur and has continued stacking victories, collecting wins over the likes of Aaron Jeffery, Tanner Saraceno, Colton Smith and Taj Abdul-Hakim along the way to amassing a 10-0 record. Now the CFFC welterweight champ and Brazilian Jiu-Jitsu black belt will make his big league debut against 15-fight UFC veteran Court McGee.

While he’s managed just three wins in his last eight starts dating all the way back to 2013, McGee is the kind of battle-tested tough out who should serve as an excellent litmus test for Brady as he makes his first foray into the Octagon. He’s only been finished once in his career and has the kind of gritty, grinding style that can flummox and frustrate anyone, especially debuting talents already dealing with the nerves and anxiety that come with competing under the brightest lights in the sport for the first time.

But Brady has successfully navigated the regional circuit without catching a loss while facing a very impressive slate of opponents, having never faced anyone making their professional debut or sporting a losing record. He’s already beaten one former Ultimate Fighter winner in Smith and if he can add McGee to his collection of conquests, the unbeaten 26-year-old should position himself for a step up in competition whenever he makes his sophomore appearance in the UFC cage.

Allen is one of those prospects that people have wanted to see graduate to the UFC for well over a year, as the 23-year-old Roufusport representative has fought a tough slate on the regional circuit and been a main event staple under the LFA banner for more than two years. Now, following a first-round submission win this summer on the Contender Series, those folks will finally get their wish as Allen makes his promotional debut in Boston against Kevin Holland.

A pro for four years, Allen is the latest former LFA middleweight champion to graduate to the UFC, joining Eryk Anders, Markus Perez, Anthony Hernandez and Ian Heinisch in turning a title win at the highest regional level into a chance to compete in the UFC. In fact, two of Allen’s three career losses came in championship fights against Anders and Hernandez, with current UFC competitor Trevin Giles accounting for his other setback.

Since losing to Hernandez at the start of 2018, Allen has rattled off four consecutive victories, culminating in a first-round submission win over the aforementioned Aaron Jeffery, a very talented Canadian prospect who hadn’t lost since falling to Brady at the close of 2015. After initially being paired with Eric Spicely, Allen will now square off with the streaking middleweight Holland in a bout that carries far more upside for the promotional newcomer.

While Spicely acquitted himself well in a short-notice loss to Deron Winn in his return to the UFC earlier this year, Holland enters on a three-fight winning streak. He also holds a split decision win over Allen’s teammate, Gerald Meerschaert, which could make this a bit of a grudge match as well.

Regardless of how this one lines up or shakes out, Allen is an outstanding prospect and someone to keep an eye on going forward in the always fluid, always entertaining middleweight division.