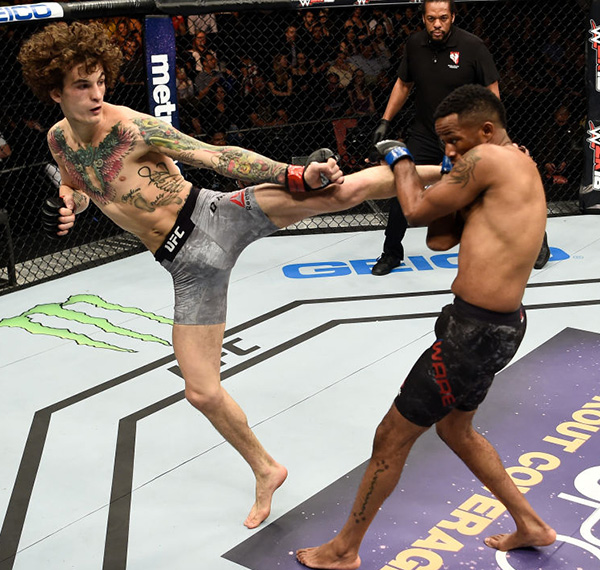 “The Sugar Show” returned to Las Vegas Friday night, and after an impressive effort on Dana White’s Tuesday Night Contender Series in the summer, Sean O’Malley had a successful UFC debut at the Park Theater, winning a hard-fought three-round unanimous decision over Terrion Ware.

O’Malley (9-0) came out throwing a variety of strikes at Ware (17-6) in the opening minute before Ware locked up the Arizonan briefly. After breaking, O’Malley went back to work and Ware began letting his hands go more, leading to some interesting exchanges as the clock ticked down. O’Malley held the edge though, with his stick and move strategy working well.

In the second, Ware’s pressure began to tire O’Malley, and his strikes bloodied the newcomer and had him playing more defense than offense. Late in the round, O’Malley started to settle back into a groove, even trying a jumping triangle, but his strikes and the submission attempt was having little effect on the Californian.

With the fight likely on the line, O’Malley surged ahead in the final round, as he emptied his tank with a wide variety of strikes and a trio of takedowns that kept him a step ahead of Ware, who got his shots in but wasn’t able to match the pace of “Sugar” Sean, who took the bout by three scores of 29-28. 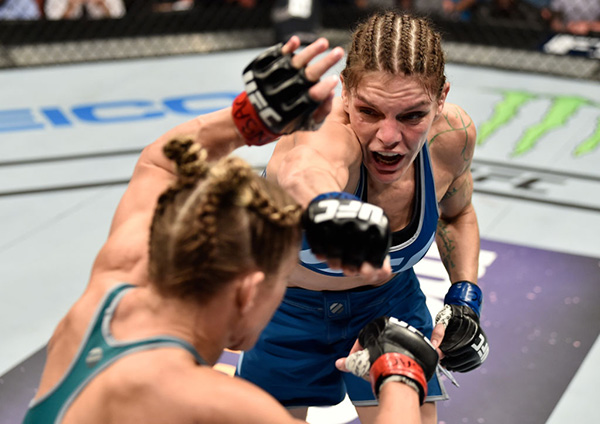 Veteran TUF 26 competitors Lauren Murphy and Barb Honchak put on a high-level three-rounder in flyweight action, engaging in a back and forth bout that Murphy emerged victorious from via split decision.

The first five minutes were fought on the feet and both veterans scored well, Murphy as the aggressor and Honchak as a counterstriker. It made the round tough to score, as each fighter had their moments.

In the second minute of round two, Honchak rattled Murphy with a right hand, but after a couple seconds to get her legs back, the Arizonan went back on the attack. Honchak’s counters were getting more accurate as the round progressed, but Murphy broke up the kickboxing match with a pair of takedowns in the final minute that were going to help her on the scorecards.

Murphy took the fight back to the mat in the second minute of round three, but Honchak worked well off her back as she looked for an armbar. Murphy muscled her way out of trouble, but Honchak went right back to it, and this time she nearly got the armbar, but it was Murphy getting loose and taking Honchak’s back in the final minute. And that’s where they stayed until the final horn of a stellar bout. 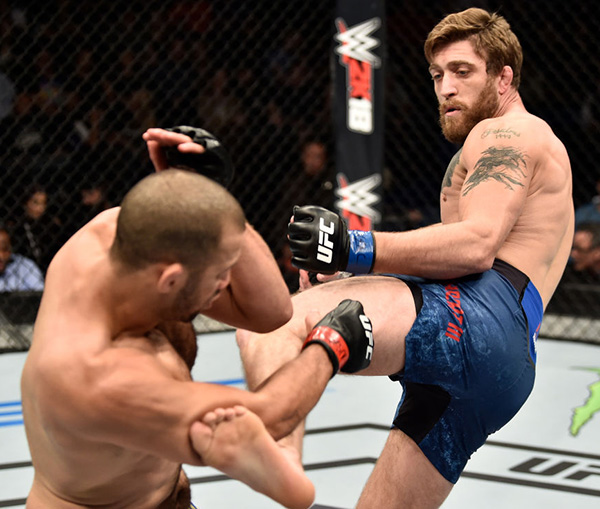 Milwaukee middleweight Gerald Meerschaert bounced back from a rough first round to knock out Eric Spicely with a single kick to the body in the second stanza.

Meerschaert had success with his striking early, scoring with a hard body kick and then following up with a series of punches, a lot of which were blocked. After taking a few, Spicely fired back and seconds later the bout was on the mat and Spicely had Meerschaert’s back. Meerschaert defended well, and by the end of the round, he was in Spicely’s guard and out of trouble.

Meerschaert kept it standing in round two, and that allowed him to pepper Spicely with punches until he decided to unleash kicks to the body, with the final one sending the New Englander down and out, with referee Herb Dean stepping in at the 2:18 mark. 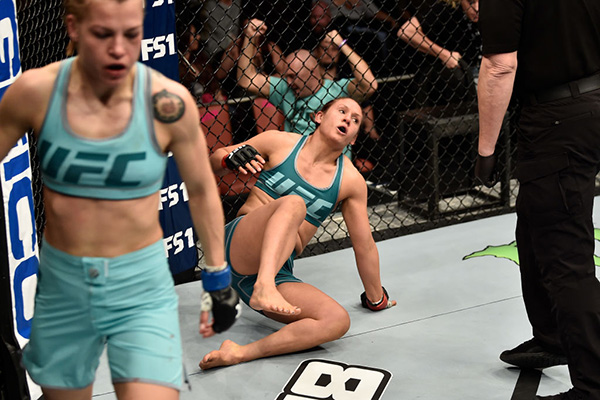 A point deduction cost Hungary’s Melinda Fabian against DeAnna Bennett in a clash of Team Alvarez members, as a majority draw verdict was rendered after three rounds in the flyweight division.

Fabian’s striking was sharp when she was able to stay at distance, but Bennett (8-3-1) was able to dilute that striking for a good portion of the round with a swarming clinch attack. But at the close of the round, Fabian (4-3-2) went on the attack and dropped Bennett hard with a left kick to the head. Only the horn intervened to save Bennett, and in the second, “Vitamin D” went right after the takedown. She didn’t get it, but she did get an important edge on the scorecards when referee John McCarthy deducted a point from Fabian for grabbing the fence. When the bout resumed, Bennett was still coming up short on her takedown attempt, and after the action stalled, McCarthy restarted the two. Bennett went right after the takedown again, and again there was a restart, leading to another clinch until the horn.

The third was more of the same, with Bennett seeking the takedown throughout, but Fabian did land some hard knees at close range and a jarring elbow. It wasn’t enough to get the victory though, as the point deduction turned out to be costly for the Budapest native.

Unbeaten bantamweight Brett Johns made it three for three in the UFC, as he delivered his first Octagon finish by submitting veteran Joe Soto in just 30 seconds.

The Welshman came out throwing punches, leading to a takedown by Soto 20 seconds into the fight, but as the two hit the canvas, Johns grabbed a hold of his opponent’s leg, and soon, Soto was tapping due to the rare calf slicer submission.

Swansea’s Johns improves to 15-0 with the win; Porterville, California’s Soto falls to 18-6.