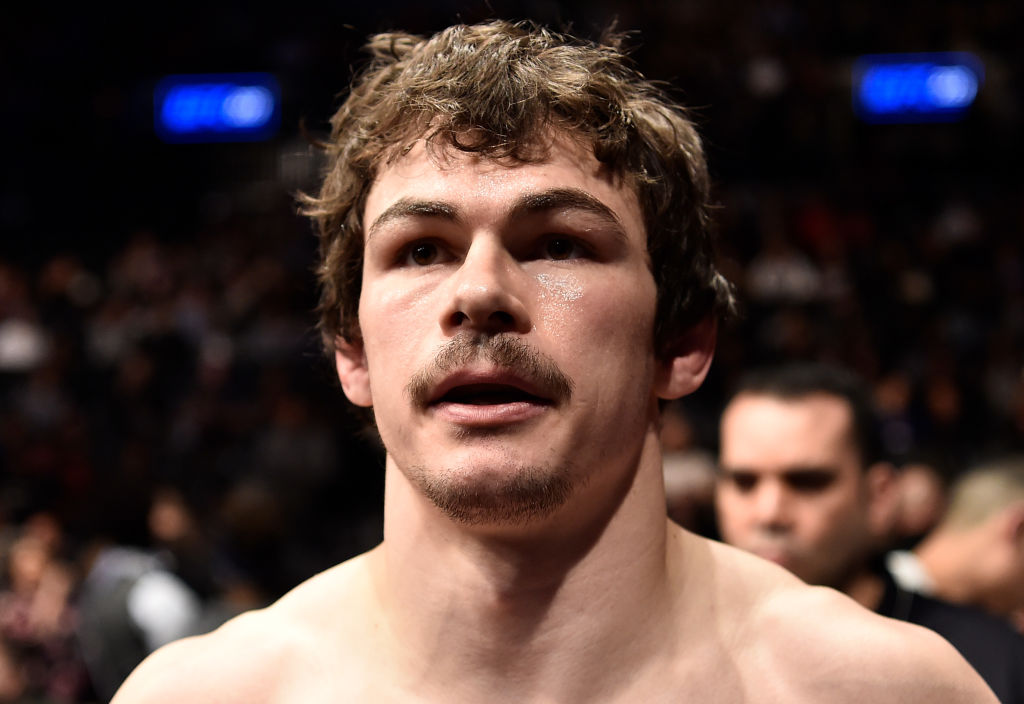 Olivier Aubin-Mercier is finally feeling comfortable, both inside and outside the Octagon.

Thrust into the spotlight after reaching the welterweight finals on TUF: Nations, the inexperienced French-Canadian judoka was instantly saddled with the same unfair comparisons and expectations that seem to be attached to various top young talents from the Great White North.

With only a handful of professional bouts to his name and still in the developmental stages of his career, people wanted to know if Aubin-Mercier was going to be “The Next Georges St-Pierre,” the same way they asked those questions of his teammate at Montreal’s Tristar Gym, Rory MacDonald, when he first arrived in the UFC as a 20-year-old wunderkind.

Before his homecoming bout at UFC 186, Reebok rolled out a signature “Quebec Kid” t-shirt and although Aubin-Mercier continued winning, you could see he was uncomfortable with the comparisons, the questions and the attention.

Heading into his fight with Alexander Hernandez this weekend in Calgary, it is quite clear that the 29-year-old talent is no longer encumbered by the thoughts and expectations of others.

“I don’t give a fox any more if I’m bad in English or not,” he adds, tossing in his favorite non-swear, which shows up as an emoji in many of his social media posts. “I just want to talk and have fun.”

Anyone that has been following the Montreal native over the last year knows that Aubin-Mercier has certainly been having fun.

The day before he took on Evan Dunham at UFC 223 in Brooklyn, the engaging lightweight posted a picture on Twitter, detailing the “gangsters” from other countries currently competing in the 155-pound weight class and declaring himself “The Canadian Gangster,” only there was nothing “gangster” about the photo.

Clad in Reebok gear with graphic print socks pulled up to his calves, a fanny pack slung over his chest and sporting shades, Aubin-Mercier looked more like a confused tourist than anything else.

The following evening, he looked like a potential contender in the cage as he marched in to Barclays Center and laid waste to Dunham, stinging him with a body shot early and putting him away seconds later after a knee to the midsection doubled over the durable veteran.
“I took this opportunity to really make a point, not only to show my skills, but show my personality too,” he explains. “I don’t like to throw myself flowers, but I think it was a pretty flawless performance in all areas.”

Between the photo and the performance, it was a banner weekend in Brooklyn for the Canadian lightweight, who entered as an intriguing fighter on the rise and left as a burgeoning star, complete with a brand new persona.

He was no longer “The Quebec Kid.” He was now, officially, “The Canadian Gangster” and heading into this weekend’s clash with Hernandez on FOX, Aubin-Mercier even has his own line of merchandise.

“I had this idea to do a starter pack, me and Reebok, so I had to do a little video and that video took me 15 minutes to film,” he says of 45-second clip detailing everything that comes inside the official “Canadian Gangster Starter Pack” filmed at the iconic Gibeau Orange Julep in Montreal. “I did the song and the montage and I’m pretty happy how it turned out. It’s just to show that if a company is willing to give me money to film something, I could do a musical.

INTRODUCING THE ULTIMATE CANADIAN GANGSTER STARTER PACK !
RETWEET THAT IF YOU NEED ONE OF THESE FOR A CHANCE TO WIN ONE ! pic.twitter.com/yACDdVE6r8
— Olivier Aubin (@oliaubin) July 18, 2018

As entertaining as it has been to see Aubin-Mercier showcase his personality and create some opportunities for himself outside of the cage, it’s his continued development and the performances he’s been delivering inside the cage that will have the greatest impact on his standing in the division and his continued march towards breaking into the Top 10.

While his submission wins over Thibault Gouti and Drew Dober didn’t really move the needle for most observers, his split decision victory over the underrated Tony Martin in September was the first outing that started to showcase the improvements the southpaw has been making and his performance against Dunham made it impossible to ignore.

“It was my ninth fight in the UFC and my biggest opportunity, so for me to end up (earning) my first TKO in that fight, in Brooklyn, on the biggest card I ever fought (on) was truly something special. Me and my coaches were working a lot of body shots on this training camp – not specifically for Dunham, but we were working on it – so I think everything went perfectly and according to plan, maybe even better.

“I actually think I didn’t have the chance to show all the improvements (I have made); maybe a little against Tony Martin, which was a really great opponent,” he adds. “I did some mistakes in that fight, but I think I showed some things too. I think we’re going to see more and more of my skill set in the future, in the next year.” 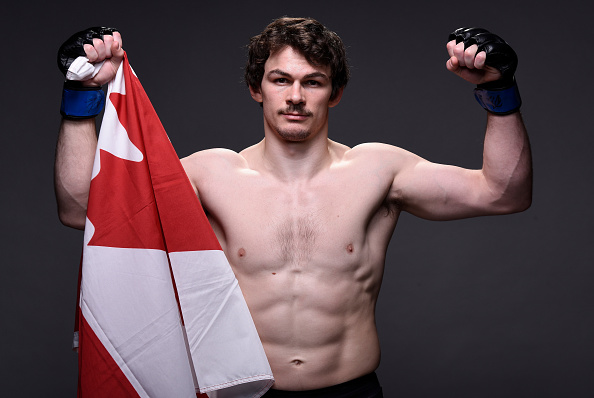 After briefly cracking the Top 15 following his win over Dunham, Aubin-Mercier’s goal is to beat Hernandez on Saturday in Calgary and fight once more before the year is out, ideally ending 2018 with a place in the Top 10.

But just as he’s no longer worried about the expectations of others or the pressure to be someone he is not, the Tristar Gym representative knows great fights exist outside of the Top 15 and he’s more than happy to continue delivering entertaining performances and channeling his nervous energy in a positive direction.

“I think it’s just about having good fights and making noise,” he adds. “The nerves are still there, but it’s different. I’m comfortable in them and it’s a really great sensation to have to control it.”