"Everybody was telling me that it was going to be the worst experience of my life, and it really wasn’t that bad." - Olivier Aubin-Mercier 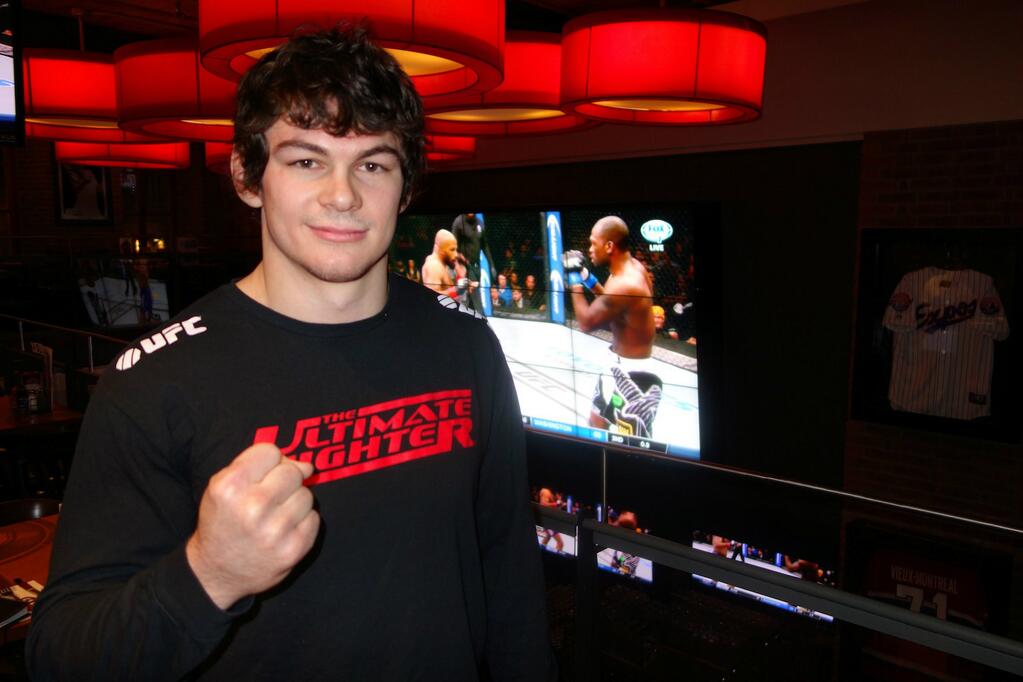 “The first time I met him was in a bar,” laughed Aubin-Mercier, the first of many from a young man who hasn’t even fought in the Octagon yet but is already one of the funniest fighters in the organization. “I was still doing judo and I went to shake his hand and I screwed up the handshake. (Laughs) Our fingers crossed and something was awkward. I was so pissed at myself. So I told myself the second time I had to be cooler. But both times were awkward.”

All handshakes and awkward hellos aside, the two soon met in a place familiar to both of them – the gym – but when the decorated judo black belt sparred with the UFC icon, he was still out of his element, at least until he got hit a few times and realized that his hero was, at heart, a fighter and competitor just like he was.

“The first time we sparred in boxing, I froze,” said Aubin-Mercier. “He (GSP) was my hero and I wasn’t able to hit him. I saw him as a God, and it was really hard for me to spar with him and it was impossible for me to touch him. But after two, three times, at some point I said I have to do it and I didn’t care who he was. At that point I started to do a lot better against him, and that’s when I started pushing him a little bit more. That’s one of the reasons why I was sparring a lot with him before his fights against (Johny) Hendricks and (Nick) Diaz because I’m a southpaw too and I was able to give him some trouble.”

But was he able to mimic the Stockton bad boy’s in-ring antics?

“A little bit, but it was tough with the boxing gloves.”

At that point, training with the likes of St-Pierre, Rory MacDonald, and Alex Garcia at the Tristar Gym in Montreal was an education few young fighters get, so when he got the call to compete for Team Canada on TUF Nations, Aubin-Mercier wasn’t cocky, but he was confident.

And despite entering the competition with just four pro fights, Aubin-Mercier was dominant, decisioning Jake Matthews and submitting Richard Walsh to earn his spot in the welterweight finals against teammate Chad Laprise. And yeah, TUF wasn’t that bad either.

“Everybody was telling me that it was going to be the worst experience of my life, and it really wasn’t that bad,” he said. “The training was good, the team was good, and for sure, it’s something else when you can talk to your family or girlfriend, but other than that, it was a great experience.”

It also doesn’t hurt that Team Canada closed the brackets and put four fighters in the two final bouts.

“Everybody was really proud of ourselves,” he said. “In the beginning we were saying that maybe we would go 8-0 in the show, and we were a little disappointed about that, but with four Canadians in the final, we are proud, and we were a really good team.”

And Aubin-Mercier is clearly a really good fighter. What he isn’t though, is a natural welterweight, and no matter what happens against Laprise, he’s heading back to the lightweight division.

If you haven’t picked it up by now, this 25-year-old doesn’t get rattled too much, other than maybe handshakes with his heroes. So getting through his UFC debut Wednesday shouldn’t be an issue. But once it’s over, well, he’s not promising anything.

“If I win, I’ll probably try to be cool and have no emotion, but I’m probably going to cry like a little baby,” he laughs. “I’m pretty confident of that.”