Oliveira Is Changing The Narrative

After an up-and-down stretch, Charles Oliveira has showed maturity in his last few fights that can propel him forward in the lightweight division.
By Thomas Gerbasi • Feb. 1, 2019

Still just 29 years old, Charles Oliveira has seemingly had three careers already, and after being the hot prospect, the man who couldn’t make weight, and now the contender on the fast track at 155 pounds, he’s more than ready to begin a fourth career as a world champion.

That’s a lot to do before he hits 30, but “Do Bronx” is up for the challenge.

“I will keep training hard and work on my goal to be the 155-pound champ,” said Oliveira. 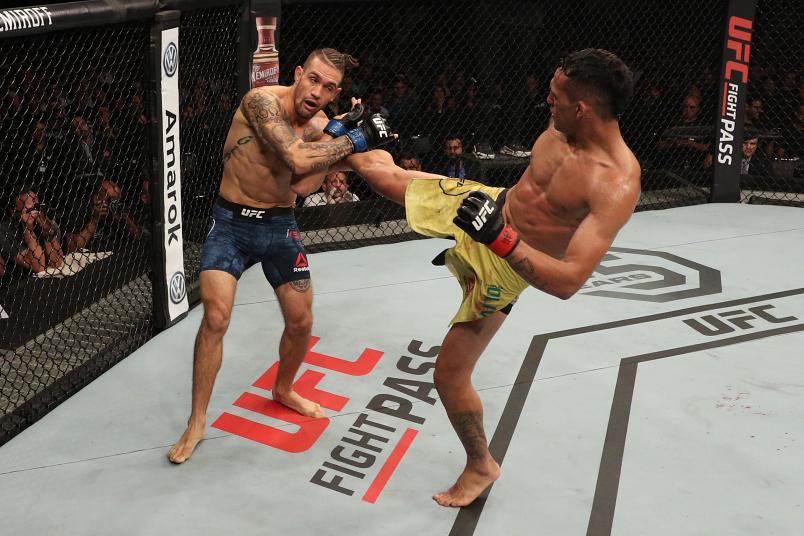 After being sent back to the lightweight class in 2017 following a series of missed marks making weight at featherweight, Oliveira has looked spectacular, going 4-1 with four finishes. But there was always something in the back of his head regarding a return to 145 pounds. Three consecutive wins over Clay Guida, Christos Giagos and Jim Miller seems to have put those desires on the backburner for the moment, and as he approaches his Saturday bout against David Teymur, it’s full speed ahead at 155.

“He is a great fighter,” said Oliveira of his foe. “He has a nice win streak in the UFC, he has great striking, and likes to go for the finish.  His aggression and striking are his strong points, but these are also what will make this the type of fight I love.”

Considering that Oliveira has picked up an extra $50,000 the last three times he’s stepped into the Octagon, the prospect of another bonus-winning fight sits just fine with the man who broke into the UFC record books last year when he forced Giagos to tap out and became the promotion’s all-time submission king, breaking his tie with Hall of Famer Royce Gracie.

“The UFC is the best MMA promotion in the world, with the best fighters,” Oliveira said.  “When you hold a record with the UFC, it is big. And Royce Gracie is a legend, so to hold a record that he held makes me happy.” 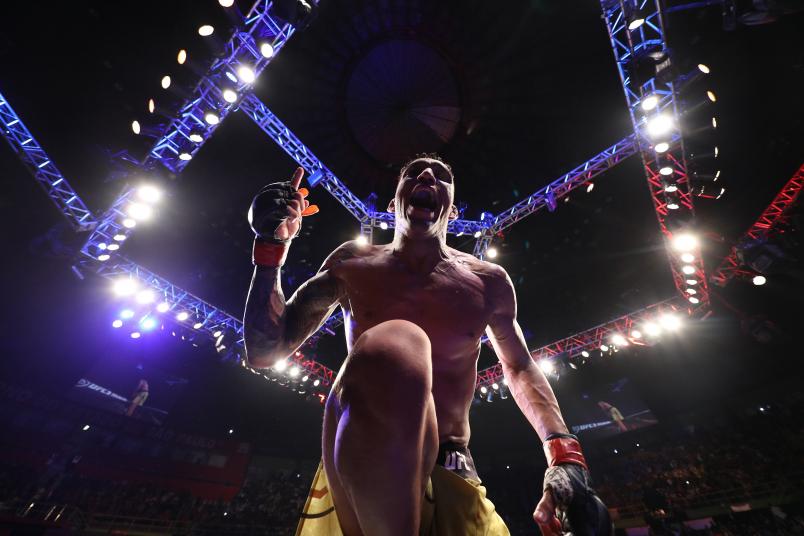 What 2018 did for Oliveira isn’t just secure a place in history for him; it changed the narrative of his career. Always one of the most exciting fighters in the promotion, that aspect was overlooked due to his battles with the scale and some key losses. With those days in the rearview mirror, he can move forward.

“You always learn more when you lose,” he said. “When you lose, you find out where you need to train more.”

So what turned everything around?

“My focus and very hard training.  I am always training to be a very well-rounded MMA fighter.”

More than eight years after his UFC debut, it appears that Charles Oliveira has arrived. It’s a place Teymur would like to get to himself, and a win over the Brazilian could do the trick, especially since the Swede enters the bout with a perfect 5-0 UFC record and hasn’t lost since October 2013.

Oliveira knows what that feels like. He was 12-0 when he entered the Octagon for the first time in 2010, and he moved to 14-0 before losing to Jim Miller later that year. It was a lesson all young fighters need to learn.

“Winning is always good for your momentum,” Oliveira said. “But usually when you think are invincible in the UFC, you will find out that no one is invincible.”

Charles Oliveira isn’t invincible. But he is pretty damn good. And he plans on showing Teymur just how good Saturday night in Fortaleza.

“I like to focus on making exciting fights,” he said. “I always want to go for the finish.”