Oleksiejczuk Poised To Bounce Back

“The fact that I almost defeated him in the first round gave me motivation that I can beat big names, like a former title challenger. I did not win, but I know I could."
By Thomas Gerbasi, on Twitter: @TGerbasi • Feb. 20, 2020

Things were going great for Michal Oleksiejczuk in the first round against Ovince Saint Preux last September. He had the former world title challenger on the defensive, looking for any way to hold off the charge of the hungry prospect from Poland.

But then came round two, and Saint Preux dug deep to pull out the veteran experience he needed to catch Oleksiejczuk in his patented Von Flue choke and end the fight at 2:14 of the frame in Copenhagen.

Just like that, Oleksiejczuk went from a possible three-fight winning streak to a loss. Looking back, though, he was able to pull some positives from the bout.

“The consistency of my offense was a positive, for sure,” he said. “The fact that I almost defeated him in the first round gave me motivation that I can beat big names, like a former title challenger. I did not win, but I know I could. In the first round, I almost did and in fact I made him my punching bag in that round. It’s a shame I did not win that one at the end.”

It’s part of the learning process at this level of MMA, though, and every fighter hopes that by the time he gets in position to challenge for a title, all those necessary lessons have been learned. That’s a reality Oleksiejczuk became aware of in his third pro fight in 2014, when he was submitted by Jan Kwiaton.

“Straight after that loss I went to the gym to work harder and better,” he said. “I knew I needed to do it to get better as a fighter. A loss is a part of our job. It’s unwanted and one you want to avoid, but you need to be ready if it comes from time to time. I am extremely motivated after every loss to not get another too soon.”

The first time Oleksiejczuk failed to get his hand raised, he only put together one win before it happened again. The second time, he went on the 9-0 tear that brought him to the UFC. 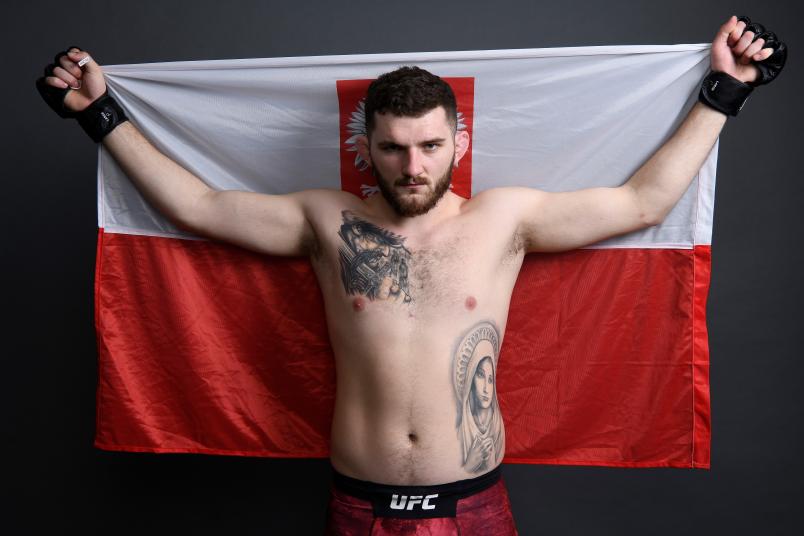 Lesson learned. Now after this third setback (against 14 wins and a no contest), he promises to be even better.

“I've changed a lot in my training after the last loss,” he said. “I added some quality and have become a much better fighter than I was in my last fight. I want to show it to the fans all over the world. I know people like my aggressive and offensive style of brawling with my rivals and I assure them I am not going to change my attitude. I will just make it better. People pay to watch fighters like that and I want to bring joy to the fans.”

This weekend, he faces a fellow light heavyweight up and comer trying to bounce back from the first loss of his career in Jimmy Crute.

“He is a young prospect, just like me, so I think it is a very good matchup for the fans,” said Oleksiejczuk. “He has a good ground game so I can’t wait to see what he brings to the Octagon.”

What he won’t have is Oleksiejczuk’s experience in dealing with setbacks. That experience has to be learned first-hand, and now that “Lord” has that, he’s become a very dangerous young man.

“I believe in myself and my fighting skills and I do train really hard,” said Oleksiejczuk, who turns 25 on Saturday. “That is most important. I also think I’ve gotten better since I’ve been fighting on the international level and that means I am representing Poland against some other country and it doubles my motivation.”That confidence was never more evident than in Oleksiejczuk’s win over Gadzhimurad Antigulov last April, one that took just 44 seconds. 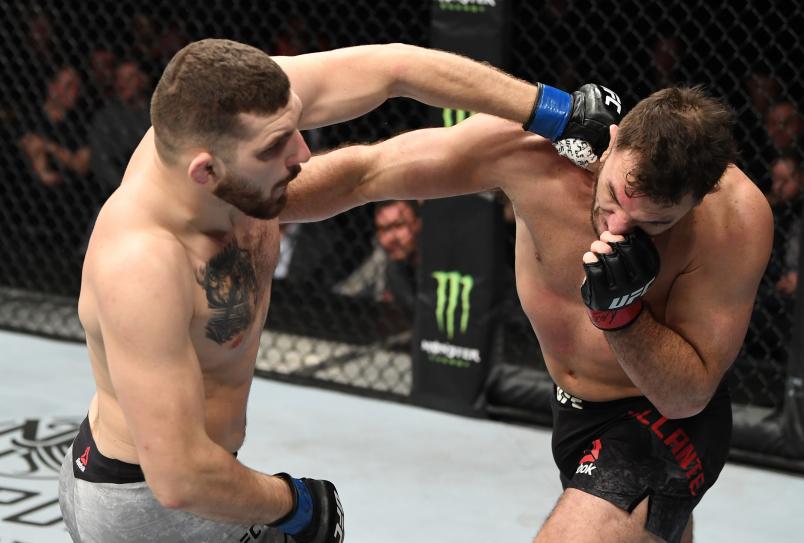 “I always believed that I can go far and I kept that belief through my career, but the spectacular win against Antigulov was the most important moment, I think,” he said. “It showed I truly reached the big league and can compete on highest level.”

Now it’s time to win against the top contenders at 205, something his countryman Jan Blachowicz has done with style as of late, with his most recent knockout of Corey Anderson putting him in line for a shot at the title. Oleksiejczuk is still several fights away from that position, but that’s not going to stop him from training with the intention that each trip to the Octagon is for a title. That means taking Blachowicz’ lead and getting on site in Auckland with more than enough time to get used to the environment he’s fighting in.

“I came here over two weeks ahead of the fight to adapt myself to the new time zone and climate,” he said. “The flight is long, but I must admit it was worth every single second in the airplane to get here. I’ve noticed it straight after leaving the airport that I am in an amazing place. New Zealand is so beautiful. I already wish to get back here in the future. It is a great part of my job and I am very thankful to the UFC that they sign me to fight in very different places of the world.”

Las Vegas. Prague. Saint Petersburg. Copenhagen. And now Auckland. Not a bad run so far and not a bad birthday present to be in New Zealand. But Oleksiejczuk knows there’s more to be done. And he’s prepared to do it.

“I am young, but already experienced at the same time,” he said. “That gives me a lot of confidence entering the Octagon. The only way to keep going is still through hard work and dedication, and it may be said that I already achieved a lot for someone my age, but I think it is just a beginning and great things are waiting for me in the future.”