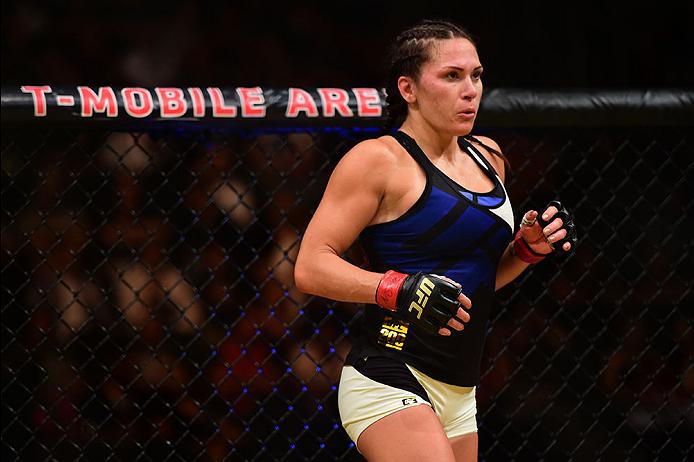 Cat Zingano snickers on the other end of the line and it’s the perfect answer to a basic, but complex question.

“I mean… um… yeah….” she says, chuckling again before trying once more.

Her laughter is the perfect answer because trying to sum up what it’s going to feel like to march into the Octagon on Saturday night against Ketlen Vieira at UFC 222, crossing the threshold into the cage for the first time in 18 months in a few words is like saying the 35-year-old fighter has dealt with a little adversity during her UFC career.

No amount of words can really do justice to the struggles Zingano has endured over the last several years, just as there is no combination of words that can accurately sum up what she’ll feel this weekend, which is why hearing her laugh as she thinks about that moment, knowing an excited smile has lit up her face, is the best possible answer.

“I feel like I get to breathe out for the first time in a long time,” she eventually says.

I was wrong – that is the right combination of words and that is the best possible answer.

Zingano has been holding her breath since UFC 200, where she was outworked and defeated by Julianna Pena.

After beginning her career with nine straight victories, including a pair of thrilling come-from-behind stoppage wins in her first two UFC appearances, it marked her second consecutive setback, and while many others would opt to try to work through the mix of personal and professional struggles that were plaguing them by staying the course and pushing even harder, Zingano went in the other direction.
MORE FROM UFC 222: Smith previews Struve vs Arlovski | Free Fights: Cyborg vs Holm | Edgar vs Mendes | Meet newcomer Mackenzie Dern

“Competing through all of that wasn’t working for me,” she says. “It was having me fall flat on my face and it was very hard for me to know what I’m capable of and to not meet my potential because of the fact that I was ignoring things that needed to be addressed.

She moved from her home state of Colorado to San Diego, California, trading the crisp Rocky Mountain air for the sun and surf of Southern California, and she put her career in the cage on hold in order to break herself down in the gym and figure out how to get back to being the ferocious, resilient, menacing “Alpha” who was on the cusp of stardom before everything went akimbo.

She watched as the bantamweight division moved on without her, watched as fighters she’d beaten rose to claim championship gold and watched as she continued to slide down in the rankings.

She watched and she worked on herself - mentally and physically – until she felt ready to return to not just competing in the Octagon, but to come back with a vengeance and put herself on a path to winning the UFC women’s bantamweight title.

“These last couple fights, things were off and I have no excuses,” says Zingano. “In life, sometimes things are off and I’ve done what I can to put stuff back together in as positive a way as possible.

“I needed to settle some personal things, needed to take care of my mind and body in ways that are necessary to go through all of the things that I’ve been through, and still push forward with the goals that I have.

“It was very hard and very humbling and I understand that I’m ranked differently and that I’ve lost a couple times,” she adds, “but all of those are things that needed to happen in order for me to realize that I want to be here and I want to be winning.

“They go and win these fights, they go do a great job, but I still remember what it felt like to be the one handing them my great job,” she says of previous opponents like Miesha Tate and Amanda Nunes, the last two women’s bantamweight champions, and top contender Raquel Pennington..

“I’ve done so much work on myself and have been tested both in life and in that cage and I see these girls moving forward and I know exactly what it’s like to hear them breathe and to feel them with my bones and to cut them open, and to know that they remember that too makes me very confident about working my way back to the top.”

The first step comes this weekend against Vieira, an undefeated Brazilian who has looked increasingly impressive in each of her three previous Octagon appearances.

It’s a dangerous fight and Zingano knows it, but she didn’t persevere through everything she’s dealt with and invest the last 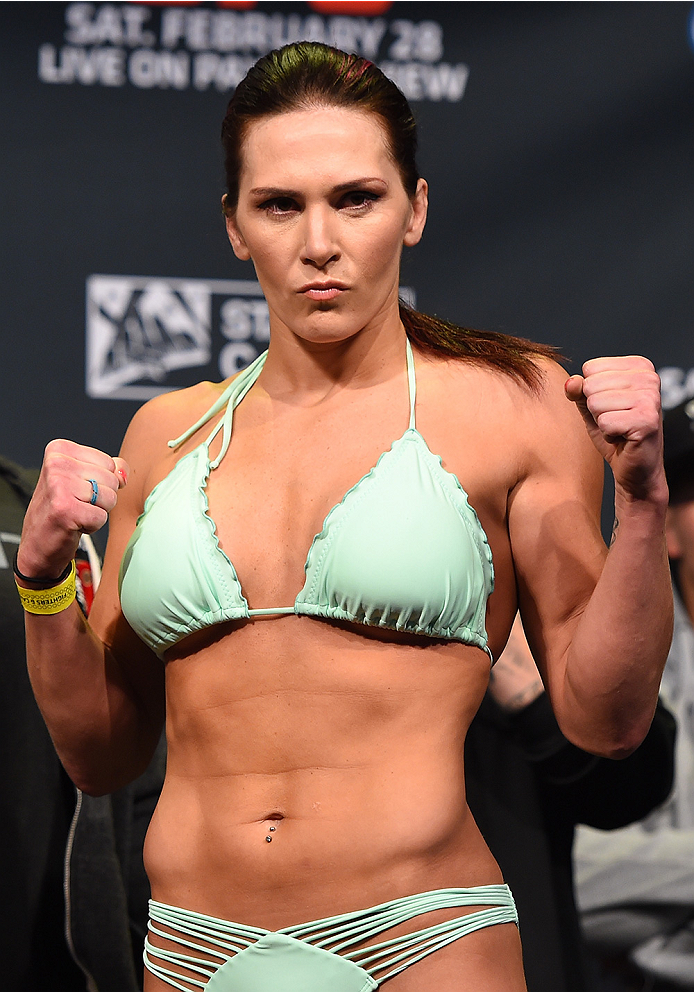 18 months into stripping herself down and building herself back up to take easy fights and collect a participation ribbon.

“I don’t show up to fight just to participate. I don’t care to just be a participant; what I care about is winning,” she says, echoing Conor McGregor’s declaration of the Irish intentions when they first arrived in the UFC en masse several years ago.

“What I care about is getting my hand raised and accomplishing my goals. What I care about is what I’m going to look at in terms of how I feel about my career 20 years from now, 50 years from now, when I sit back and say, ‘Did I do everything that I could and am I happy with how it went?’ Those are the things that I’m holding on to right now and I’m super-happy that I took care of myself in this way.”

After 18 long months, Zingano is only days away from making the walk to the Octagon and stepping into the cage again and she’s reveling in the emotions and excitement of it all.

It has been a long road to reach this point, which is why bursting through the curtain to kick off this weekend’s Pay-Per-View and experiencing what it’s like to be in the arena, inside the cage, in the midst of battle once again, means so much to the returning contender.

“Those are all things I’ve been craving for forever and I’ve abstained from because it was the right thing for me to do at the time. Those goals are finally here – they’re in my hands again – and this is a very real situation for the fight that I’ve been going through for a long time.

“I’m really grateful to be here, I’m excited to be here, I’m nervous, I’m pumped,” she adds. “It’s a well of emotions that changes every minute, but that’s exactly what I always used to love to feel when I was most successful, so to feel all of those things again makes me very confident in what I’m about to go do.”