Ode Osbourne hopes to use his platform as a UFC fighter to make an impact on the community.
By Thomas Gerbasi, on Twitter: @TGerbasi • Jan. 29, 2021

Ode’ Osbourne will be the first to tell you that he isn’t getting any younger.

He laughs, knowing how that sounds to those of us long past 29.

“I don't think I'm getting old,” he explains. “I'd just rather spend the duration of my fighting career at the top then getting to the top.”

Hence a move to flyweight, which “The Jamaican Sensation” eases into when he returns to the Octagon next weekend in Las Vegas for a 130-pound catchweight bout on UFC Fight Night: Overeem vs Volkov. 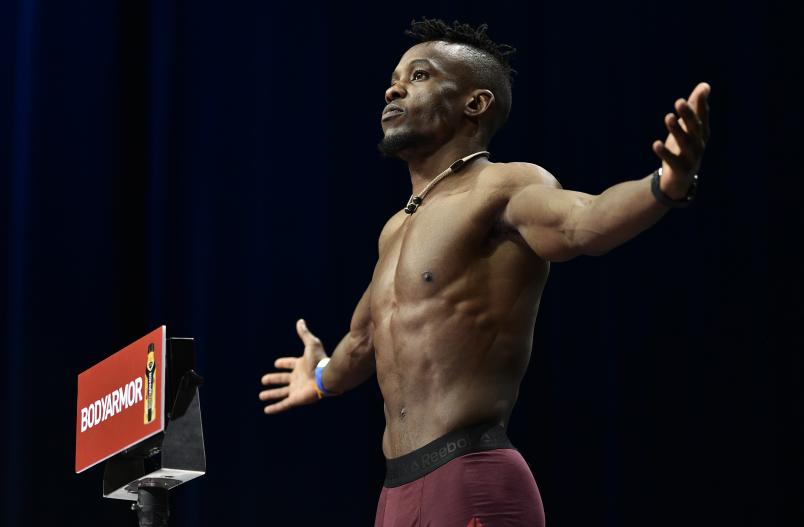 Ode Osbourne poses on the scale during the UFC 246 weigh-in at Park Theater at Park MGM on January 17, 2020 in Las Vegas, Nevada. (Photo by Chris Unger/Zuffa LLC)

It’s a bold move, but he’s right. At bantamweight, the list of fighters with a claim to be in the title picture is a long one, but with flyweight getting its sea legs again thanks to the emergence of champion Deiveson Figueiredo as one of the UFC’s best, a trio of wins might be all it takes to get into the championship discussion. And considering that Osbourne, a former bantamweight and featherweight, can make 125 with no issues, he’s all-in.

“Not a lot of people can make flyweight,” he said. “Me, I'm fortunate enough to be able to make it, and it won't be that hard because I really don't cut any weight for '35. I cut zero weight. I literally show up in Vegas a week before my fight at 140, 137.”

That can be an issue against bigger fighters who cut a lot of weight to make the bantamweight or featherweight limit, but Osbourne never considered that to be a factor in his decision. He’s just in the mood to pick up some gold sooner rather than later.

“I fought at '45 three times and I've always been the smaller body,” he said. “But size wise, I think it's just my legs were small. Size can play a factor in a lot of different aspects, but it's you and how you are mentally.”

And mentally, the Milwaukee standout is rock solid heading into his first bout since debuting with a loss to Brian Kelleher in January 2020. It was a disappointing start to his UFC career, but the Dana White’s Contender Series graduate has put it behind him, knowing that the last time he lost in 2017 before the Kelleher bout, he ran off four consecutive wins and earned a UFC contract. So he’s ready to do the same thing again. 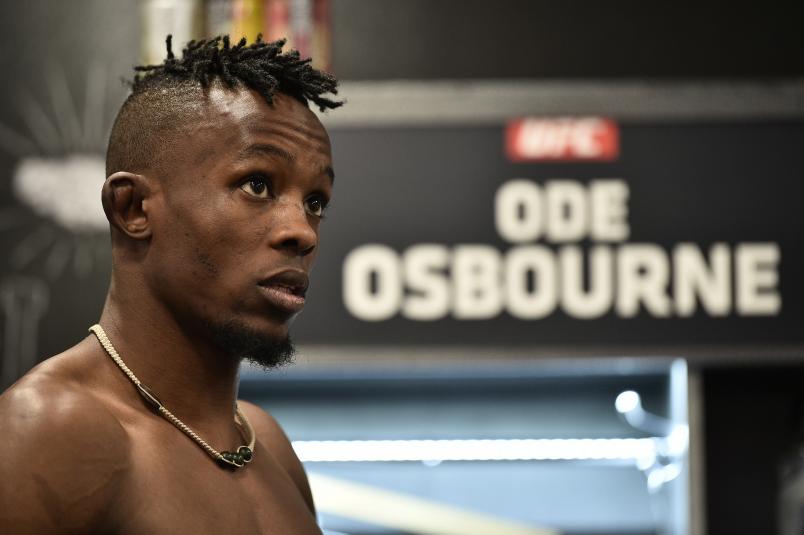 “Some people are either born fighters or some people want to fight for the glory of the fans and being able to be like, 'Oh yeah, I fight,'” Osbourne said. “If you're born to fight and have that natural warrior mindset, nothing should shift your focus.”

Not even a year-long layoff that has been filled with a COVID-19 pandemic that has altered how everybody lives their life. For Osbourne, he would have liked a quicker return, but he hasn’t been sitting around waiting for the phone to ring. He’s been training, staying sharp, and he still has kids to teach back home in Milwaukee, even if it’s all virtual learning until the spring of this year.

“Personally, I can't wait to go back to in-person because this makes me lazy a little bit,” laughs the assistant teacher. “I like moving around and being hands-on with the kids.”

At least he still gets to interact with his students, a key during a tumultuous year that makes him fighting at the start of Black History Month more important than ever.

“It definitely means something a lot extra,” said Osbourne. “After the George Floyd situation, it left a hole in my heart a little bit in seeing how many people didn't really care that much about what happened.”

For a young man born in Jamaica and who spent a lot of his formative years in the Flatbush section of Brooklyn, New York, before moving to Milwaukee, Osbourne has a unique view of the world that maybe his students don’t. He hopes that one day when he talks about a diversity gap, they’ll laugh and say, ‘What diversity gap?’ And when they hear about chasing a dream, they’ll have a level playing field to do it on that will make anything seem possible.

“A lot of those kids that go to school in an urban area, they're not used to success,” he said. “So it's hard for them to imagine being successful. But when they see someone like me close to them achieving something that is obtainable, it fuels them to go ahead and say, 'Okay, I can do the same thing. I see this person right here doing what he said he's going to do. That means I can do what I said I'm gonna do.' It seems simple, right? You tell kids all the time, you can do whatever it is you want to do. But by the time they get older, that whole thing is out the window because they've been let down so many times that they don't even believe it anymore. So it's so important for them to actually see it firsthand.”

That means next weekend’s fight, and the ones after that, are about more than just a paycheck or IG followers for Mr. Osbourne. He’s putting out an example for the kids he’s influencing every day.