Ode Osbourne Is A Risk-Taker

Contender Series alum Ode Osbourne embraces the struggle and fights for something bigger than himself.
By Thomas Gerbasi, on Twitter @tgerbasi • Jan. 9, 2020

When Ode’ Osbourne makes his first walk to the Octagon to face Brian Kelleher at UFC 246 on January 18, his intentions are clear.

“I’ve got to go in there and make a statement that I’m not just here to be an average fighter or last a round or pitter-patter in there,” he said. “It’s funny how guys go in there and they have the mindset to point fight. Every single fight, I’m trying to end. I’m literally trying to obliterate every fighter I go in there with. I’m not trying to be average.”

It’s a comment many debutants make, but in the case of the 28-year-old from Milwaukee, he’s got a track record to prove it to the tune of seven of his eight pro wins ending by way of knockout or submission. But it’s more than that which makes him believable. It’s his mindset, one created in his native Jamaica and on the streets of Brooklyn, New York. 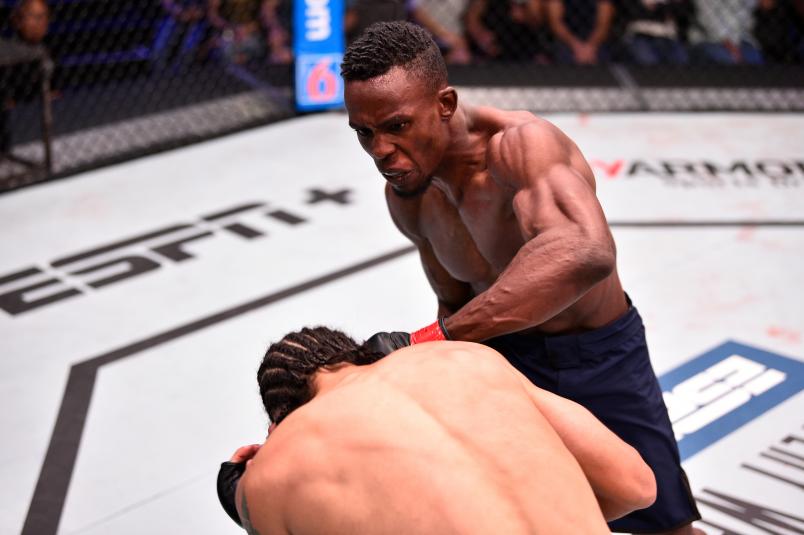 The latest risk for Osbourne was traveling to Las Vegas last summer to compete on Dana White’s Contender Series. Facing Armando Villareal, Osbourne was in with another bantamweight prospect on a three-fight winning streak, and it was the classic case of high-risk high-reward, as an impressive victory could mean a UFC contract. A loss, and it was back to the drawing board on the regional scene.

Osbourne won and impressed, submitting Villareal in the first round. He was a UFC fighter, and now the real fun begins. And yes, this is fun for him. 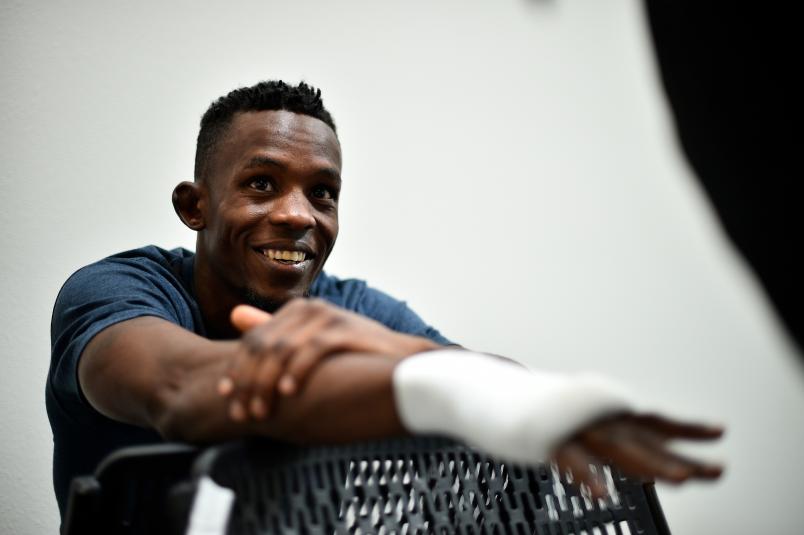 “Fighting is supposed to be fun,” said Osbourne, an assistant schoolteacher who doesn’t look at his new gig in the Octagon as the ticket to fame, fortune and all that comes with it. Instead, his goals are loftier than that.

“UFC is a platform for me to help a lot of different kids and a lot of different people that came from nothing,” he said. “So when I have that, I can use that to be able to motivate and help. One of my goals is to open community centers, and there’s a lot of stuff I want to do with my community by being champion. I’m thinking way bigger than what’s inside the Octagon.”

That doesn’t just give him something to fight for; it makes him a tough man to beat.

“The kids mean everything to me,” said Osbourne. “They’re the reason why I fight. If people are coming to fight me just to fight for a check, there’s no way in hell they’re gonna beat me because I’m fighting for more than a check.”

So while there are some good storylines surrounding Osbourne’s debut, from his dual-life as educator and fighter, to the fact that he’s fighting someone in Kelleher who just got beaten by his teammate Montel Jackson, not to mention that he’s doing it all on a huge event headlined by the return of Conor McGregor against Donald Cerrone, Osbourne isn’t distracted by any of it. The way he sees it, he was built for this sort of thing.