OAM Returns in August against Wade 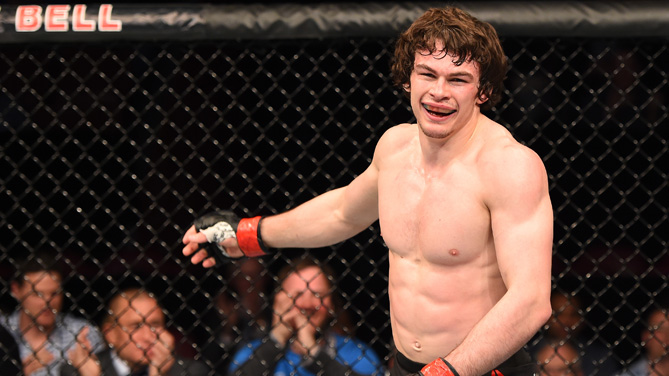 Olivier Aubin-Mercier</a> of Canada reacts after his submission victory over <a href='../fighter/David-Michaud'>David Michaud</a> of the United States in their lightweight bout during the UFC 186 event at the Bell Centre on April 25, 2015 in Montreal, Quebec, Canada. (Photo by Josh Hedges/Zuffa LLC)" />
Canadian lightweight phenom Olivier Aubin-Mercier will look to make it three consecutive wins in the Octagon on August 23 when he takes on New York's Chris Wade in UFC Fight Night action at the SaskTel Centre in Saskatoon, Saskatchewan, Canada.

UFC Fight Night is headlined by the featherweight matchup between Max Holloway and Charles Oliveira.