Nurmagomedov, Ferguson to fight at UFC 209 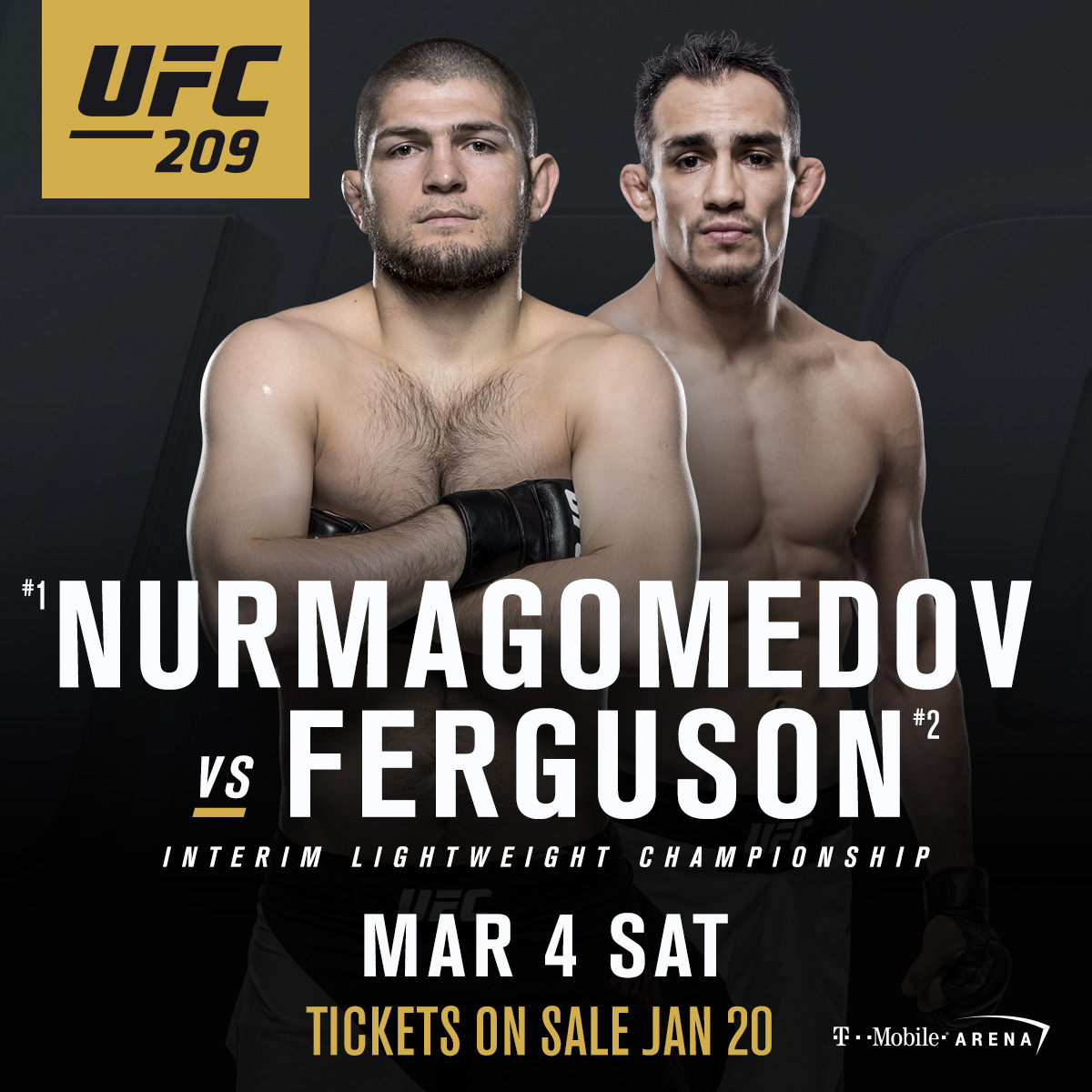 In the main event of UFC 209, which takes place at T-Mobile Arena in Las Vegas, UFC welterweight champion Tyron Woodley and No. 1 contender Stephen "Wonderboy" Thompson settle their score in a highly anticipated rematch. Tickets go on sale on Jan. 20, 2017 at 10 am PT.

The co-main event has also been on fight fans' wish lists, with Nurmagomedov and Ferguson both looking to settle their feud and leave T-Mobile Arena with a portion of the 155-pound crown currently held by Conor McGregor. With McGregor not expected to be back until later in 2017, the door is now open for the 24-0 Nurmagomedov to keep the momentum going from his UFC 205 submission of Michael Johnson against former Ultimate Fighter winner Ferguson, who has won nine in a row, including a November victory over former champion Rafael dos Anjos that earned him his eighth UFC post-fight bonus award.