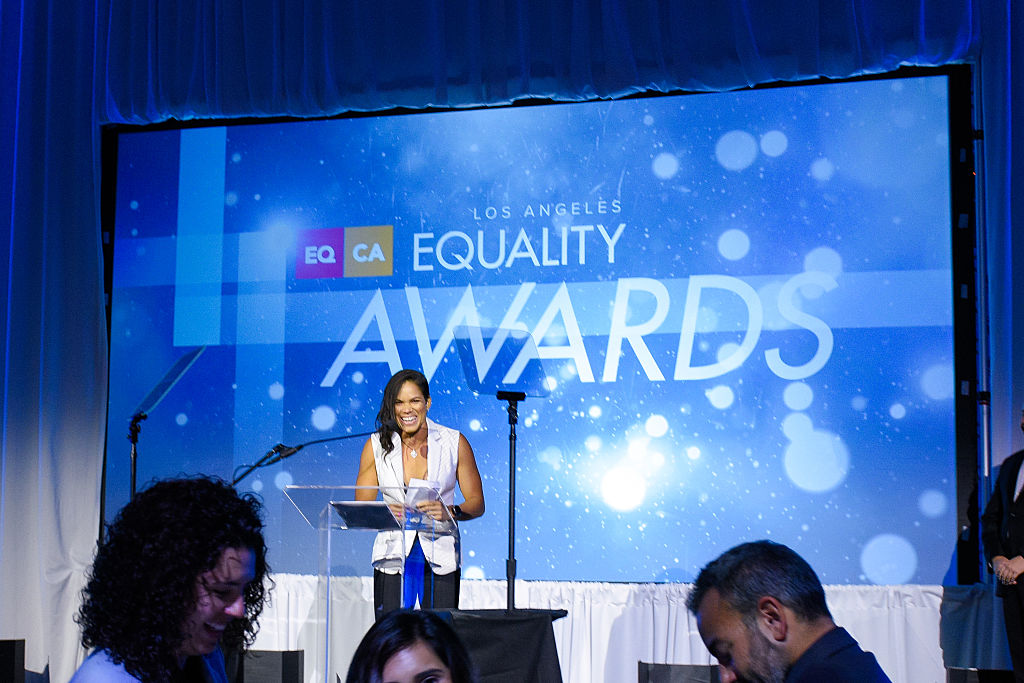 UFC® Women’s Bantamweight Champion Amanda “The Lioness” Nunes was honored this weekend at the annual Equality California Awards in Los Angeles, where she was presented with the 2016 Equality Visibility Award. The award recognizes individuals who have brought greater awareness to lesbian, gay, bisexual and transgender civil rights issues. Nunes accepted the award alongside her girlfriend and training partner, UFC strawweight Nina Ansaroff.

“When people find out how strong and powerful love is, then this world will be a better place. I want to see this happen one day,” Amanda said during her acceptance speech. “I’m going to do everything I can to support this community with a positive presence by sharing my love and showing everyone that I’m happy. My dream has come true and I want to share this with everyone and help a lot of people be themselves. I’m going to keep doing it until the world is better.” 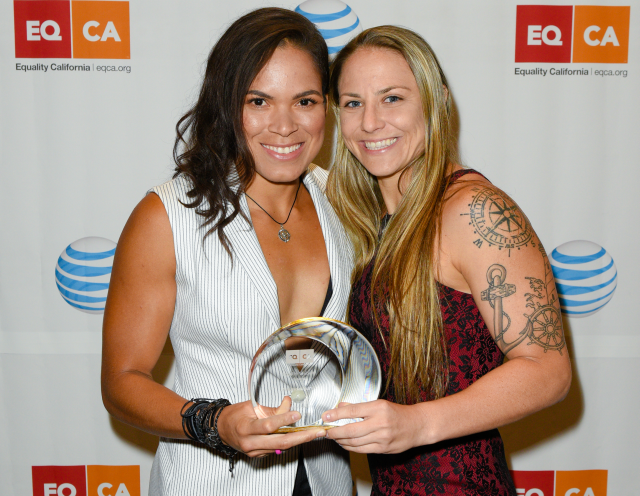 Nunes was vaulted into the spotlight when she made history at UFC 200: Tate vs Nunes, quickly dispatching former champion Miesha Tate in an upset victory that earned her UFC gold. The successful culmination of Nunes’ championship run made her the first openly gay UFC athlete to win a championship belt, as well as the first female Brazilian champion in UFC history. The win also cemented Nunes’ place as one of the biggest stars in combat sports.

“We’re incredibly proud of Amanda and how she lives and breathes the UFC maxim that We Are All Fighters,” said Ike Lawrence Epstein, UFC Senior Executive Vice President and Chief Operating Officer. “As UFC champ, Amanda is a visible figure in the sports world, so her dedication to living authentically is an inspiration to millions of fans around the world. She continues to demonstrate courage both inside and outside of the Octagon, and that’s what makes her a truly great champion.”

A native of Brazil, Nunes has never been afraid of breaking barriers and surpassing expectations. She began competing in mixed martial arts at just 16 years of age, at a time when most people couldn’t envision women competing at the highest levels of the sport. Twelve years later, Nunes found herself headlining the most iconic event in UFC history, and she stands poised to continue shattering stereotypes. With 13 wins – 12 by knockout – Nunes will soon look to become the first athlete since Ronda Rousey to successfully defend the prestigious Women’s Bantamweight title.

Nunes has also served as an unofficial ambassador of UFC’s “We Are All Fighters” initiative, which celebrates the fighter in all of us. The program acknowledges how everyone fights every day to overcome challenges large and small, and is designed to make a meaningful impact and raise awareness for individuals and communities fighting for equality. Amanda can frequently be seen wearing the rainbow-colored “We Are All Fighters” shirt that raises money and awareness for LGBT community organizations.