Nunes to defend crown against Pennington in Rio 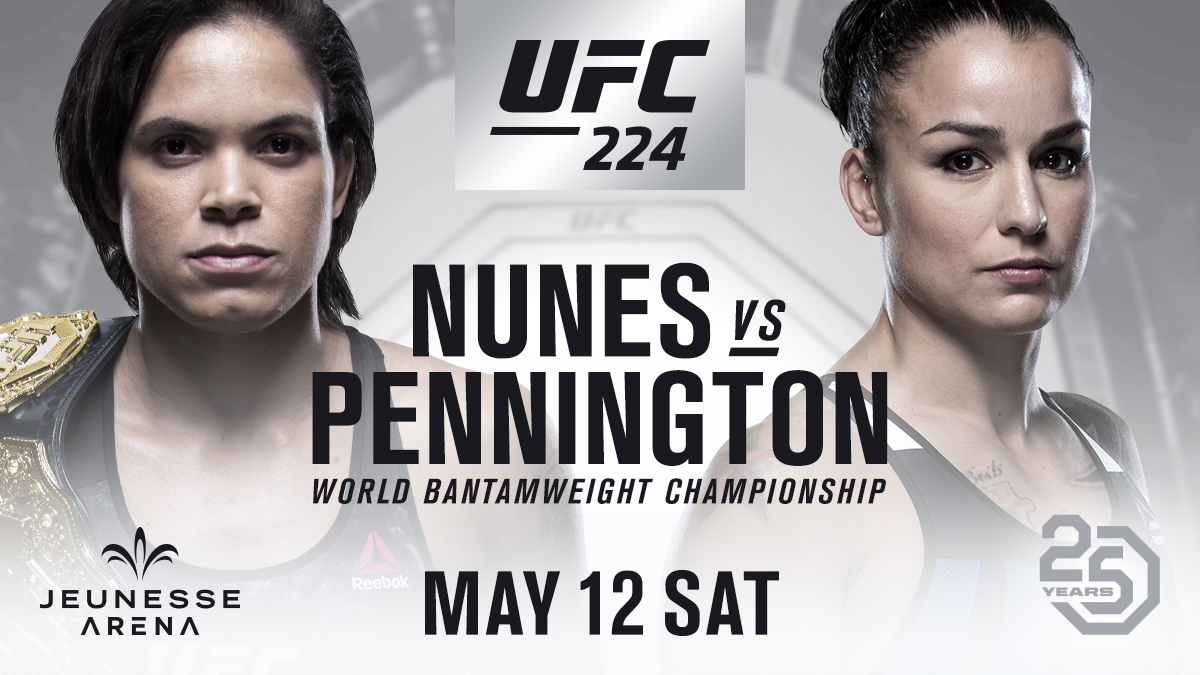 Following consecutive wins over Miesha Tate, Ronda Rousey and Valentina Shevchenko that have cemented her superstar status in the sport, UFC women's bantamweight champion Amanda Nunes will defend her title for the first time in her home country of Brazil on May 12, as she faces hard-charging contender Raquel Pennington in the main event of UFC 224 at Jeunesse Arena.

In previously announced bouts for the card, which airs live on Pay-Per-View, a legend makes the walk to the Octagon for the final time, as Vitor Belfort fights at home against fellow MMA icon Lyoto "The Dragon" Machida, and top contenders Ronaldo "Jacare" Souza and Kelvin Gastelum collide in a pivotal middleweight matchup.

Fighting in Brazil for the first time since she stopped Shayna Baszler in March 2015, Nunes has been on a tear since that fight, as she has won six in a row, a run that saw her rise to the top of the 135-pound weight class. In May, she puts her belt on the line for the third time against Colorado's Pennington, a former Ultimate Fighter semifinalist whose four-fight winning streak includes wins over Jessica Andrade, Bethe Correia and Miesha Tate.