By The Numbers: UFN London

Breaking down Saturday's UFC Fight Night: Gustafsson vs. Manuwa card By The Numbers... 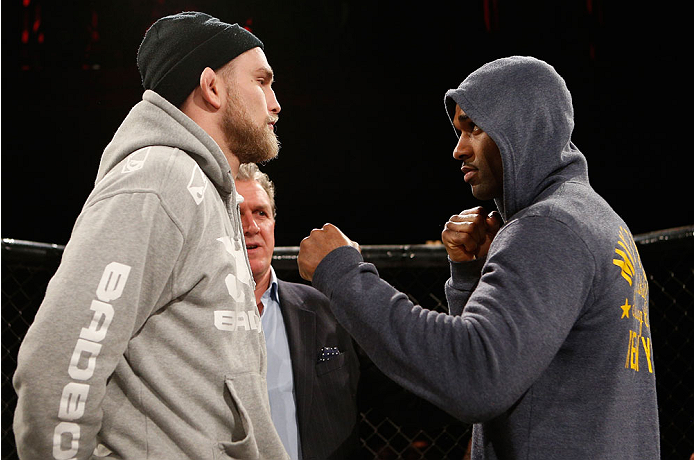 This Saturday, UFC Fight Pass subscribers will get an Octagonside seat as Alexander Gustafsson faces off against Jimi Manuwa in a meeting of light heavyweight contenders. But before the fights begin in London, let’s take a look at the card By The Numbers.

15
Octagon events in the UK including UFC Fight Night: Gustafsson vs. Manuwa, the 6th show in London

165
UFC event where Gustafsson challenged UFC light heavyweight champ Jon Jones in the Fight of the Year and, quite possibly, the best title fight in company history

244
Combined significant strikes between Jones and Gustafsson, most in UFC light heavyweight history and 2nd most in a UFC championship fight to Nick Diaz and Carlos Condit’s 256 sig. strikes at UFC 143

86.7
Percentage for Gustafsson’s takedown defense after successfully defending 26 of 30 takedowns inside the Octagon, 7th best rate among active UFC fighters.

10
Stoppages in the first round

64
Percentage of significant strikes landed by “Poster Boy” inside the Octagon, UFC average is 42%

42.9
Percentage of those significant strikes landed in the clinch by Manuwa, UFC average is 20.3%

1
Other fighter in UFC history to do this same rare feat, The Ultimate Fighter 4 alum Pete Spratt who defeated Robbie Lawler and Jeremy Jackson due to injury

100
Percentage of Manuwa’s bouts in his native England

22
Trips into the Octagon for Melvin “The Young Assassin” Guillard with this bout against Michael Johnson, 7th most appearances in company history

13
Knockdowns in the UFC for Guillard is most in lightweight division history, 3rd most in UFC history after Chuck Liddell’s 14 and Anderson Silva’s 17

7
KO wins in the UFC for “The Young Assassin”, most in lightweight history

12
The Ultimate Fighter season Johnson was a finalist

8
Knockdowns by “The Menace” inside the Octagon, tied with Yves Edwards for 2nd most in UFC lightweight history behind Guillard’s aforementioned 13

3.53
Significant strikes per minute rate for Johnson in the UFC

77.1
Percentage of significant strikes landed at distance for “The Menace”, UFC average 56.4%

9
Wins in the first round for Nelson