By The Numbers: UFN Atlantic City

Breaking down Wednesday’s UFC Fight Night: Cerrone vs. Miller card By The Numbers... 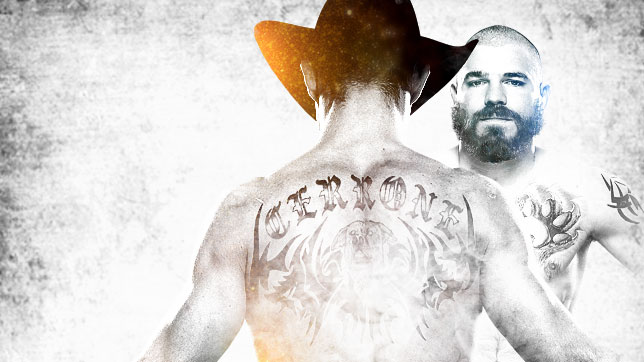 6
Current ranking for Donald “Cowboy” Cerrone as a UFC lightweight

2
Times Miller has headlined a card and/or been scheduled for a 5 round fight in the UFC prior to this forthcoming main event - UFC on FX: Guillard vs. Miller and UFC on FOX: Diaz vs. Miller

11
Finishes for Cerrone in combined UFC/WEC competition, tied with Nate Diaz for the most ever at 155 pounds

155
Leg kicks landed inside the Octagon for Cerrone, 2nd in UFC lightweight division behind Sam Stout’s 212

49
Leg kicks landed by Cerrone against Vagner Rocha at UFC 131, 2nd most ever landed in a 3 round fight behind Thiago Alves’ 52 landed against Seth Baczynski at UFC on FOX: Werdum vs. Browne

8:27
Average fight length for “Cowboy” in the UFC

10:15
Average fight length for Jim Miller in the UFC

13
Wins for Miller inside the Octagon, tied for most in UFC lightweight history with Gleison Tibau

8
Finishes for Miller in the UFC, tied for 3rd most in UFC lightweight history behind Joe Lauzon and BJ Penn’s 9

7
Fight UFC win streak for Miller between 2009 to 2011, tied for 2nd longest win streak ever by a UFC lightweight behind Gray Maynard’s 8

31
Submission attempts by Miller inside the Octagon (18 chokes, 5 arm locks, and 8 leg locks), tied for the most ever in UFC history with Chris Lytle

6
Submission wins for Miller in the UFC including back-to-back sub stoppages in Miller’s most recent Octagon outings, 4th most in UFC lightweight history behind Joe Lauzon, Nate Diaz, and Kenny Florian’s 7

83
Percentage of Miller’s UFC submission wins happening in the first round, most in UFC lightweight history

23
Takedowns completed for Miller inside the Octagon

6
Takedowns completed by Miller against Mac Danzig at UFC 100, career high for Miller

100
Approximate number of miles between Atlantic City and where Miller trains at AMA Fight Club in Whippany, NJ

7
Knockdowns by Barboza in the UFC, tied for 4th most in UFC lightweight division behind Yves Edwards and Michael Johnson’s 8, and Melvin Guillard’s 13

3
Knockouts via kicks for Barboza inside the Octagon, only Vitor Belfort and Barboza have accomplished this feat with their feet in the UFC

348
Significant strikes landed by Barboza inside the Octagon

701
Sig. strikes landed by Barboza’s opponent Evan Dunham in the UFC, 3rd most in UFC lightweight history behind Frankie Edgar’s 767 and Sam Stout’s 965

21
Number of times Gleison Tibau will have competed inside the Octagon when he takes on Pat Healy at this event, which will give Tibau the most lightweight fights in UFC history

88
Seconds for Alex White to win his UFC debut by knockout over Estevan Payan at UFC on FOX: Werdum vs. Browne, which earned a Performance of the Night bonus - White will put his undefeated record on the line against the 14-1 Lucas Martins