By the Numbers: UFC 205 has big non-title fights too 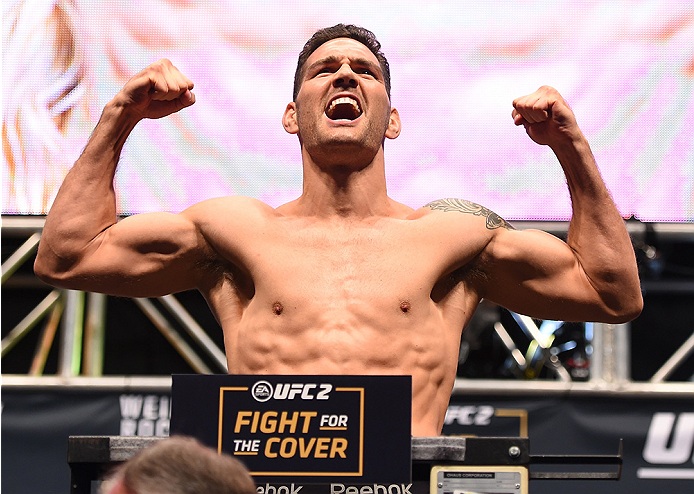 2
Current ranking of Chris Weidman as a UFC middleweight

13-1
Pro record of “The All-American,” including nine finishes

9
Consecutive wins by Weidman inside the Octagon from 2011 to 2015, tied with Junior Dos Santos and Max Holloway for 6th longest win streak in UFC history

24
Takedowns by Weidman inside the Octagon

4
Current ranking of Yoel Romero as a UFC middleweight

15
Flying knee knockouts in UFC history including Romero’s Octagon debut against Clifford Starks at UFC on FOX: Henderson vs. Melendez earning a Knockout of the Night bonus

4
Third round KO/TKO finishes by Romero - over Ronny Markes, Derek Brunson, Tim Kennedy and Lyoto Machida - inside the Octagon, 2nd most such wins in UFC history behind Randy Couture’s 5

5
Knockdowns landed by Romero, including one in his most recent split decision win over Ronaldo “Jacare” Souza at UFC 194, tied for 5th most among active UFC middleweights 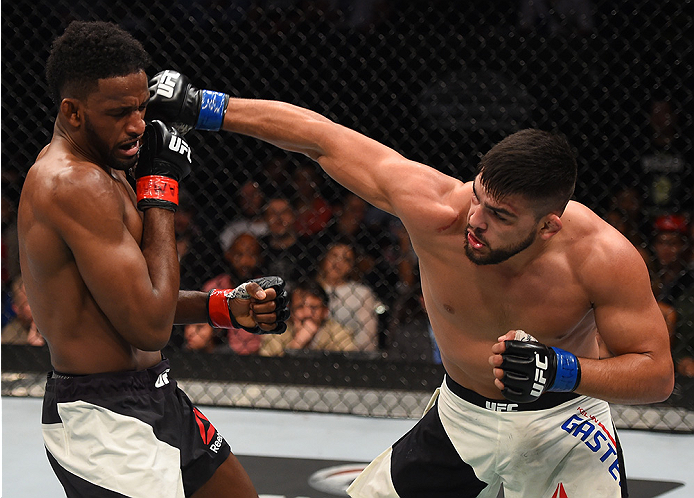 5
Current ranking of Kelvin Gastelum as a UFC welterweight

83.3
Percentage of the six UFC opponents Gastelum has attempted to takedown that he’s successfully taken down at least once, Gastelum missed on his one attempt against Hendricks

6
Current ranking of Donald “Cowboy” Cerrone as a UFC welterweight

3
Wins and finishes by Cerrone since moving up to welterweight from lightweight, including his second round knockout of Rick Story at UFC 202, which earned a Performance of the Night bonus

18
UFC wins by Cerrone at welterweight and lightweight, tied for 3rd most in UFC history behind Georges St-Pierre’s 19 and Michael Bisping’s 20

12
Finishes by Cowboy inside the Octagon (7 KO/TKOs, 5 subs), tied with Joe Lauzon for 5th most in UFC history

12
Knockdowns by Cerrone inside the Octagon, tied with Junior Dos Santos for 6th most in UFC history

4
KO/TKOs by Cerrone stemming from kicks inside the Octagon, tied with Edson Barboza and Vitor Belfort for most in UFC history

281
Leg kicks landed by Cowboy, most in UFC history

5
Performance of the Night bonuses by Cowboy, tied with Anthony Johnson and Conor McGregor for most in UFC history 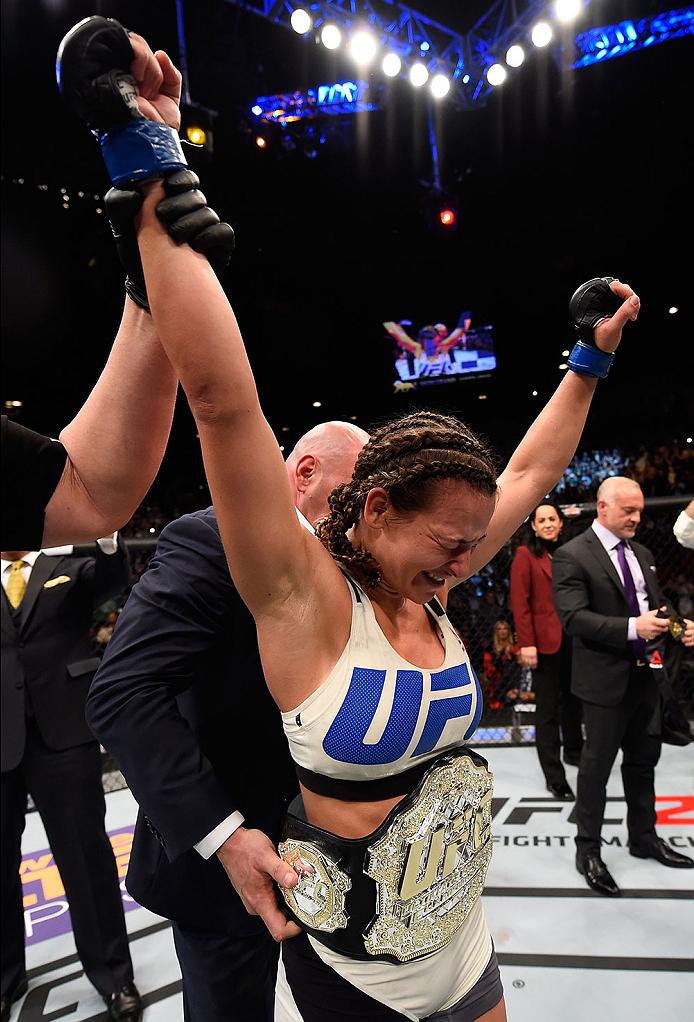 23:30
Time into the bout when Tate secured a rear naked choke of Holm to claim the belt, 4th latest finish in UFC history

18
The Ultimate Fighter season where “Rocky” was a semi-finalist

126
Significant strikes landed by Pennington have occurred in the clinch

9
Takedowns landed by Pennington inside the Octagon