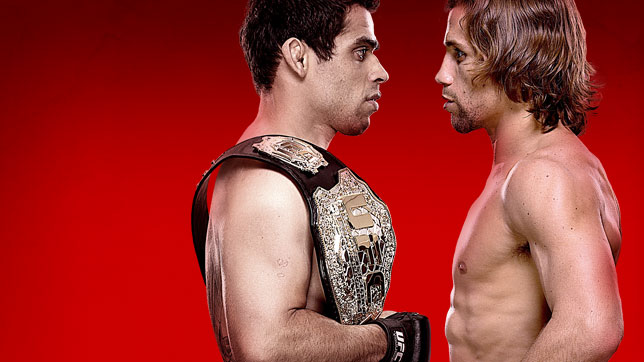 Two title fights headline Saturday’s UFC 169 event in Newark, New Jersey. So how do the Fab Four of Renan Barao, Jose Aldo, Urijah Faber, and Ricardo Lamas stack up by the numbers? Let’s find out.

2
Combined losses between Aldo and Barao

10
Submission attempts by “The Bully” Ricardo Lamas in his 4 UFC fights, 7 were guillotine chokes and 1 Submission of the Night awarded arm-triangle choke

34
Fight unbeaten streak Barao has been enjoying since May 2005

100
Percentage of takedowns Barao has successfully defended inside the Octagon, 15 of 15

21
Finishes by Barao in his career (7 KO/TKOs, 14 sub) including the Knockout of the Night awarded spinning back kick of Eddie Wineland at UFC 165

4.02
Strikes landed per minute by Barao inside the Octagon (UFC average is 2.61)

11
Submission victories by “The California Kid” in WEC/UFC, tied for most with Royce Gracie

9
KO/TKO victories by Aldo in UFC/WEC, most in featherweight division

527
Significant strikes landed by Aldo in WEC/UFC, most in featherweight history