By The Numbers: Saturday's Doubleheader

Breaking down Saturday’s fight cards in Stockholm and Halifax By The Numbers... 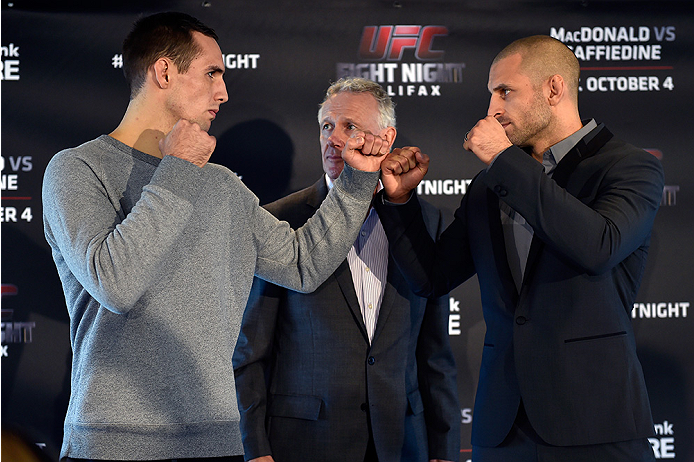 This Saturday, UFC Fight Night: Nelson vs. Story will take place on UFC FIGHT PASS during the day and UFC Fight Night: MacDonald vs. Saffiedine will air on FOX Sports 1 at night. Here's a look at Saturday’s fight cards in Stockholm and Halifax By The Numbers...

12
Current ranking for “Gunni” Nelson as a UFC welterweight

4
Consecutive wins by Nelson inside the Octagon

3
Of those wins were by submission

10
Career stoppages by Gunni in the first round, 8 subs and 2 KO/TKOs

2.06
Significant strikes absorbed per minute by Nelson, UFC average is 2.83

71
Takedown accuracy percentage by Gunni inside the Octagon (5 of 7 att.)

1
Takedown attempt against Nelson in the UFC, it was in his last bout against Zak Cummings and Gunni stuffed it

3:10:11
Fight time “The Horror” Story has spent inside the Octagon, 3rd most among active UFC welterweights

658
Significant strikes landed by Story in the UFC, 5th most in UFC welterweight history

2
Current ranking of “Ares” MacDonald as a UFC welterweight

9
Current ranking of “Sponge” Saffiedine as a UFC welterweight

43
Leg kicks landed by Saffiedine against Lim, 4th most ever in UFC welterweight bout

55
Leg kicks landed by Saffiedine against Nate Marquardt to win the Strikeforce welterweight title, a Strikeforce record and only second to Carlos Condit’s 68 leg kicks at UFC 143 in UFC/Strikeforce/PRIDE/WEC combined history

3
Number of Strikeforce welterweight champions in the company history: Nick Diaz, Marquardt and Saffiedine being the last

9
Takedown attempts stuffed by Saffiedine of Marquardt’s 10 attempts, Marquardt’s takedown accuracy is 2nd all-time in the UFC history at 74.4%

59
Significant strike accuracy percentage by Saffiedine in his UFC debut

1
Number of Belgian born fighters to win a bout inside the Octagon: Saffiedine