By the Numbers - History of the Women’s Bantamweight Division 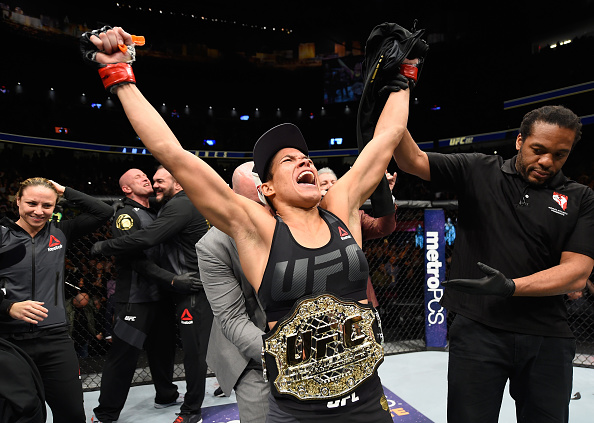 1,074
Of those days, “Rowdy” Ronda Rousey reigned as the division’s one and only champion

5
Of those title defenses by Rousey ended in the first round, only eventual UFC women’s bantamweight champ Miesha Tate made it past the first round at UFC 168

14
Seconds it took for then champ Rousey to secure an armbar finish of Cat Zingano at UFC 184, 2nd fastest finish in UFC championship history behind Conor McGregor’s 13 seconds at UFC 194

16
Seconds it took for then champ Rousey to score a knockout of Alexis Davis at UFC 175, tied with Frank Shamrock at UFC Japan for fourth fastest finish in UFC championship history 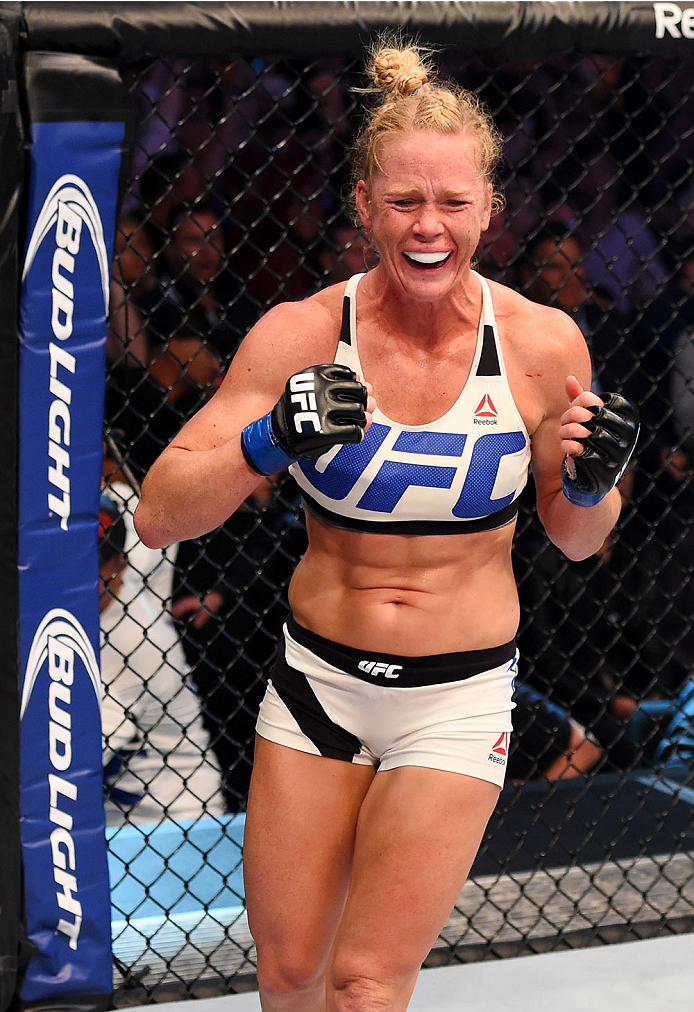 The UFC record attendance at Etihad Stadium in Melbourne, Australia to see the historic dethroning of Rousey by Holm’s headkick

23:30
Time into the bout when Tate sunk in the submission on Holm, latest finish to a bout in 2016 and 4th latest finish in UFC history

75
UFC women’s bantamweight bouts including one no contest

35
Percentage of those decisions are split-decisions (14), highest percentage among all divisions in UFC with the 2nd highest being men’s bantamweight division at 24%

207
UFC where, most recently, Nunes successfully defended the belt for the first time with a first round knockout of former champ Rousey

7
Wins by Nunes, most wins in UFC bantamweight history

6
Finishes by Nunes (4 KO/TKOs, 2 subs), tied with Rousey for most in UFC women’s bantamweight history

1
Current ranking of Valentina Shevchenko as a UFC women’s bantamweight who will tangle with Pena later this month in a possible title eliminator at UFC on FOX: Shevchenko vs. Pena

1
Submission of the Night - Ronda Rousey at UFC 168