By The Numbers: Henderson vs. Thomson

How do Saturday’s FOX headliners Benson Henderson and Josh Thomson stack up by the numbers? Read on to find out… 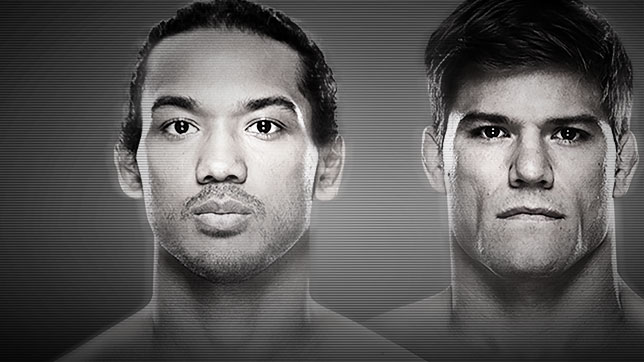 7
Consecutive wins all by decision for Henderson since transitioning to the UFC from the WEC, 2nd longest streak in UFC lightweight division history

48
WEC event which “Smooth” earned his last stoppage victory, it was a Submission of the Night guillotine choke over Donald Cerrone in the first round

6
Consecutive five-round UFC main event bout for Henderson, this will be his first non-title UFC headliner

53.9
Percentage of Henderson’s takedowns that are successful, 5th most in UFC lightweight history (min. of 5 fights and 20 attempts) behind Kurt Pellegrino, Gleison Tibau, Jamie Varner, and BJ Penn

41
Takedowns scored by “Bendo” in UFC/WEC, 5th all-time in the combined history of the two organizations

23
Takedowns scored by “The Punk” in his Strikeforce career, 3rd most in organizational history.

124
Significant strikes landed by Henderson in his unanimous decision victory over Nate Diaz at UFC on FOX in December 2012, 5th most ever in UFC lightweight division history

36
Significant strikes landed by Josh Thomson in a little over 7 minutes fight time against Nate Diaz, which ended with a head kick & punches for a Knockout of the Night

791
Total strikes landed in Thomson’s 13 fight Strikeforce career, 4th most of any fighter.

23
Submission attempts by Thomson in Strikeforce, most ever.

6
Submission attempts by Thomson against Pat Healy including the late third round (4:37) rear naked choke that won “The Punk” the fight