By The Numbers - Fight Night Vancouver

4
Current ranking of Demian Maia as a UFC welterweight

17
UFC wins by Maia, 3rd most in UFC history behind Donald Cerrone and Matt Hughes’ 18 and Michael Bisping and Georges St-Pierre’s 19

8
Submissions by Maia inside the Octagon, tied 3rd most in UFC history behind Nate Diaz’s 9 and Royce Gracie’s 10

55
Takedown attempts by Maia, tied for 8th most in UFC history

23
Submission attempts by Maia, tied for 7th most in UFC history
More on Fight Night Vancouver: Reasons to watch on Saturday | Vancouver Cheat Sheet | Fighters on the rise this weekend | Free fight: Maia vs Rick Story | Be there! Tickets still available 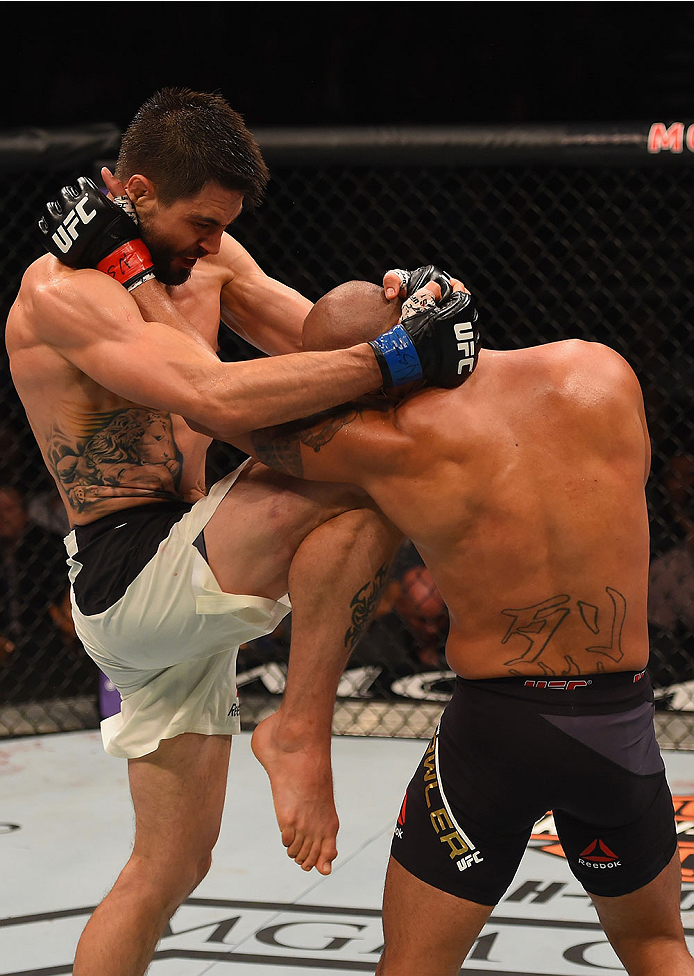 5
Current ranking of Carlos Condit as a UFC welterweight

10
Finishes by “The Natural Born Killer” in UFC/WEC competition, tied for 3rd most in UFC/WEC welterweight history behind Matt Brown’s 11 and Matt Hughes’ 12

10
Post-fight awards by Condit in UFC/WEC competition, tied with Chris Lytle for most in UFC/WEC welterweight history

6
Current ranking of Charles Oliveira as a UFC featherweight

8
Submissions by “do Bronx” inside the Octagon including his most recent guillotine choke of Myles Jury in December, tied for 3rd most submissions in UFC history

0
UFC fighters have earned more submission wins than Oliveira since his Octagon debut on August 1st, 2010

1
Calf slicer submission win in UFC history, which belongs to Oliveira’s use of it against Eric Wisely at UFC on FOX: Evans vs. Davis 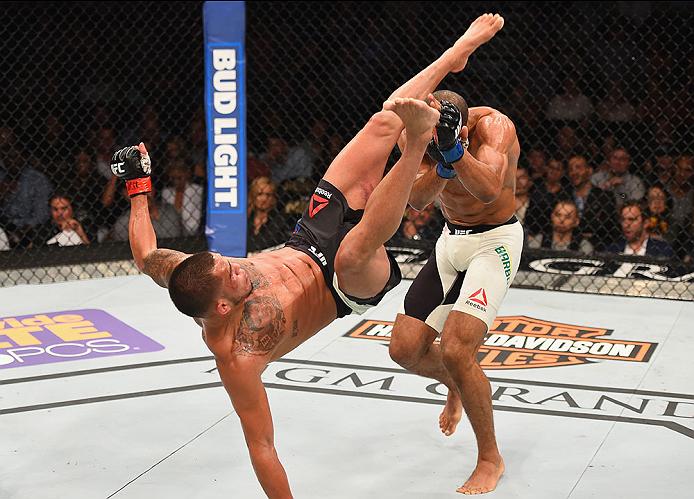 7
Current ranking of Anthony Pettis as a UFC lightweight

164
UFC event where Showtime submitted Benson Henderson at 4:41 in the first round to claim the UFC lightweight belt

181
UFC event where then UFC lightweight champion Pettis submitted Gilbert Melendez by guillotine choke in the second round, first fighter to ever finish Melendez

155
Seconds it took for Pettis to score a body kick KO of Donald Cerrone at UFC on FOX: Johnson vs. Dodson earning Knockout of the Night