By The Numbers – Fight Night Tampa

4
Current ranking of Glover Teixeira as a UFC light heavyweight

6
Finishes by Teixeira, more than any other UFC light heavyweight since Teixeira’s UFC debut on May 26th, 2012 and tied for 3rd in UFC light-heavyweight history

375
Significant strikes landed by Teixeira inside the Octagon

7
Current ranking of Rashad Evans as a UFC light heavyweight

50
Takedowns by Evans, most in UFC light heavyweight history 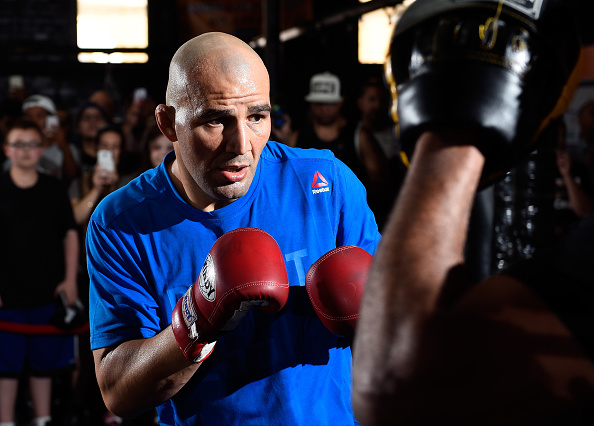 22:25
Time into Namajunas’ bout with Paige VanZant when “Thug Rose” secured a rear naked choke in their main event bout last December, only the 12th fifth round stoppage in UFC history

20
The Ultimate Fighter season that Namajunas was a finalist

3
Submission wins by Namajunas in the TUF 20 tournament including a second round kimura of Joanne Calderwood, which won the Fight of the Season bonus

4
Of those wins occurred in Invicta FC

1007
Days ago, Torres earned a unanimous decision win over Namajunas at Invicta FC 6: Coenen vs. Cyborg

4.55
Significant strikes landed per minute rate by The Tiny Tornado, UFC average is 2.83