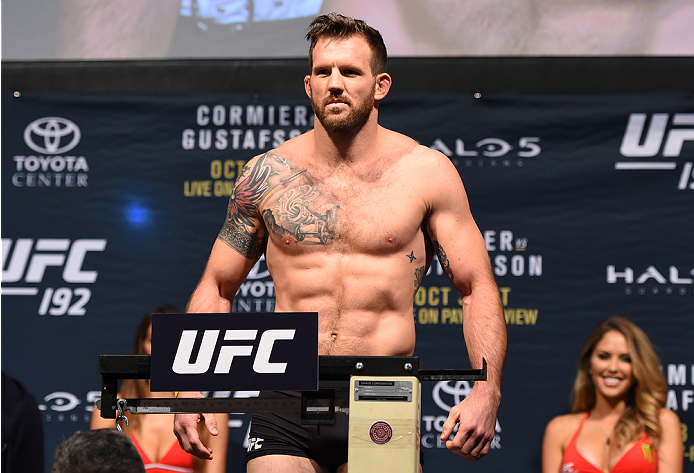 12
Knockdowns by Rumble inside the Octagon, tied for 5th most in UFC history

9
KO/TKOs by Rumble, tied for 4th most in UFC history

4
KO/TKOs by Johnson in under a minute each, UFC record

4
Current ranking of Ryan Bader as a UFC light-heavyweight

13
UFC wins by Bader, tied for 7th most wins in UFC history

8
Current ranking of Josh Barnett as a UFC heavyweight

146
Significant strikes landed by “The Warmaster” in his most recent unanimous decision win over Roy Nelson last September, UFC heavyweight record and Barnett won a Performance of the Night bonus

95
Of those sig. strikes by Barnett were landed in the clinch, UFC record

57
Career takedown accuracy percentage by The Warmaster dating back to his UFC debut, UFC average is 39.5%

7
Current ranking of “Big” Ben Rothwell as a UFC heavyweight

3
Active Win/finish streak by Rothwell inside the Octagon

91.4
Finishing rate percentage by Rothwell across his 34 career wins

20
KO/TKOs by Big Ben in his pro career

3
KO/TKOs by Rothwell inside the Octagon including his first round TKO of Alistair Overeem at UFC Fight Night: Souza vs. Mousasi

12
Submission wins for Rothwell in his pro career including his most recent first round gogo choke of Matt Mitrione at UFC Fight Night: Boetsch vs. Henderson, first successful usage of said submission in UFC history