By the Numbers - Fight Night Hidalgo

7
Current ranking of Dustin Poirier as a UFC lightweight

8
Finishes by “The Diamond” inside the Octagon since making his debut in 2011, 2nd most in the UFC in that timeframe behind Donald Cerrone’s 12

10
Knockdowns by Poirier, one of 17 fighters in UFC history to land 10 or more knockdowns inside the Octagon

3
Submissions by Poirier in the UFC

2
Of those submissions by Poirier were D’Arce choke, only UFC lightweight Tony Ferguson has also earned two or more wins via D’Arce choke inside the Octagon

10
Current ranking of Michael Johnson as a UFC lightweight

8
Knockdowns by “The Menace” inside the Octagon, tied for most amongst active UFC lightweights and tied for 2nd most in UFC lightweight history behind Melvin Guillard’s 13

7
KO/TKOs by Johnson across his pro career including three inside the Octagon
RELATED CONTENT: Free fights - Poirier vs Corassani | Johnson vs Tibau

103
Significant strikes landed by Johnson, most recently, against Nate Diaz at UFC on FOX: Dos Anjos vs. Cerrone 2, which earned the Fight of the Night bonus

12
The Ultimate Fighter season Johnson was a finalist at lightweight 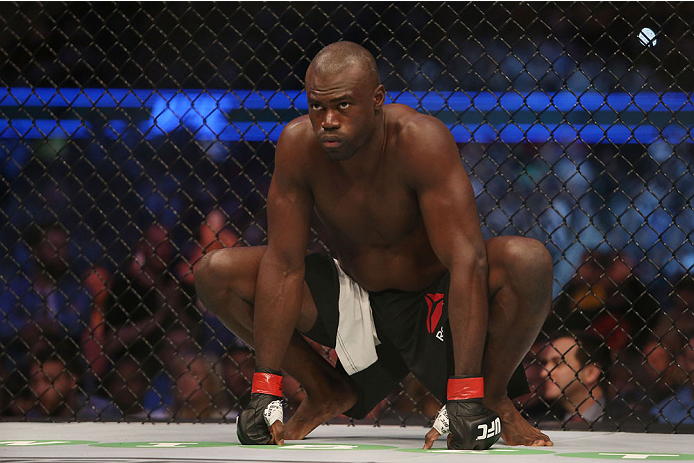 9
Current ranking of Uriah Hall as a UFC middleweight

128-109
Significant strikes landed to absorbed by Hall across his three split-decision losses inside the Octagon against Kelvin Gastelum, John Howard and Rafael Natal

10
Current ranking of Derek Brunson as a UFC middleweight 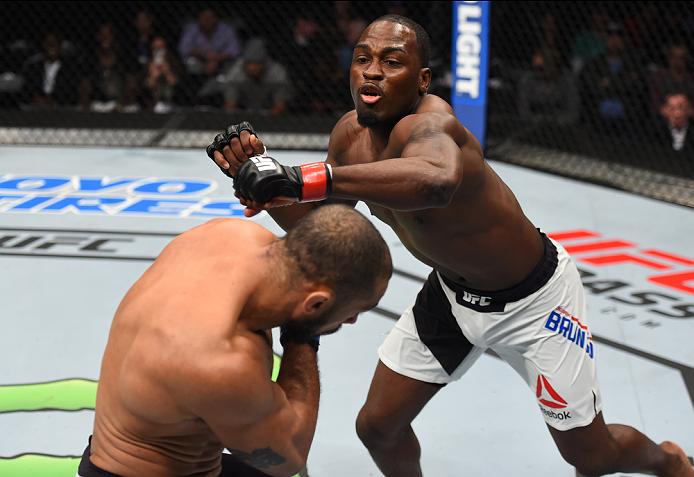 48
Seconds it took for Brunson to secure a rear naked choke of Brian Houston at UFC: Fight for the Troops 3

23-0
Significant strikes landed to absorbed by Brunson against Carneiro

0
Significant strikes landed by Carneiro, Herman and Houston prior to Brunson earning a first round finish on each of them

3.67
Takedown average per 15 minutes of fighting rate by Brunson across his 11 UFC/Strikeforce fights, UFC average is 1.75