By the Numbers - Fight Night Albany

10
Current ranking of Derrick Lewis as a UFC heavyweight

4
Consecutive wins by “The Black Beast,” including Lewis’ most recent split decision win over Roy Nelson in July, which was preceded by three consecutive knockouts, longest active win streak in UFC heavyweight division

6
KO/TKOs by Lewis. Only UFC lightweight champion Conor McGregor has scored this many striking stoppages inside the Octagon since Lewis’ UFC debut in April 2014

93.8
Career finishing percentage by Lewis with 14 KO/TKOs and 1 submission across his 16 pro wins

15
Current ranking of Shamil Abdurakhimov as a UFC heavyweight

9
Career first round finishes by “Abrek”

2
Consecutive decision wins by Abdurakhimov inside the Octagon over Anthony Hamilton and, most recently, Walt Harris 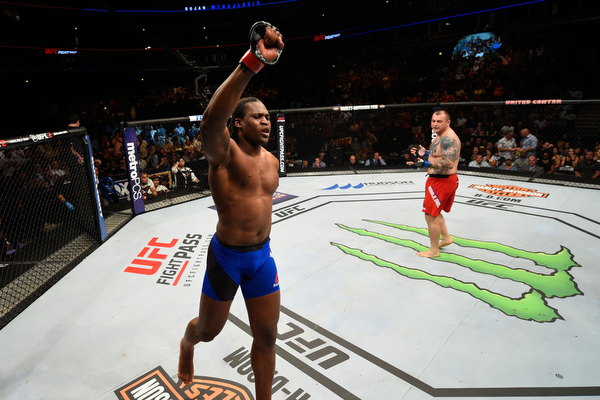 12
Current ranking of Francis Ngannou as a UFC heavyweight

100
Finishing rate percentage by Ngannou across his eight career wins

76
Takedown defense percentage by Ngannou, as he has successfully defended 10 of 13 opponent attempts, UFC average is 60.5%

201
UFC event where, most recently, Anthony Hamilton scored a first round knockout of Damian Grabowski

14
Seconds is the time it took for “The Freight Train” to finish Grabowski with strikes, 2nd fastest KO/TKO in modern UFC heavyweight history behind Todd Duffee’s 7 seconds

8
Takedowns by Hamilton, tied with Luis Henrique for 9th most among active UFC heavyweights

2.83
Takedown attempts per 15 minutes of fighting rate by Hamilton, UFC average is 1.75